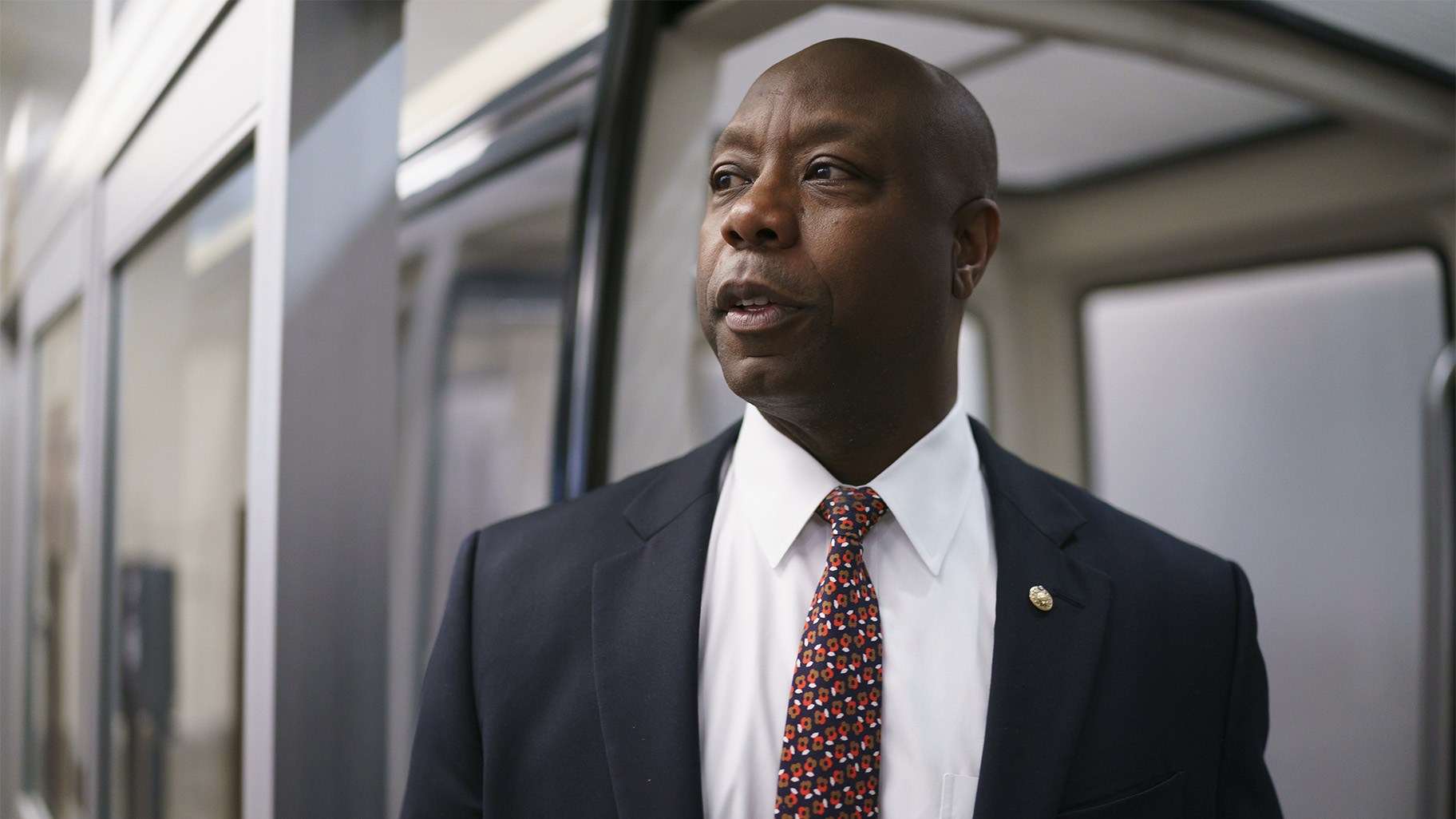 FILE – In this May 27, 2021, file photo Sen. Tim Scott, R-S.C., arrives as senators go to the chamber for votes ahead of the approaching Memorial Day recess, at the Capitol in Washington. (AP Photo / J. Scott Applewhite, File)


WASHINGTON (AP) — Congressional bargainers are likely to miss their latest deadline for completing a bipartisan deal on overhauling police practices, lawmakers and aides said Thursday, 13 months after George Floyd’s killing and with the shadow of next year’s elections lengthening over Congress’ work.

Despite a “June or bust” goal set by chief GOP negotiator Sen. Tim Scott of South Carolina, the Senate was expected to leave town for a two-week recess after Thursday’s session without a final compromise, according to three senators.

“I don’t think so,” said No. 2 Senate GOP leader John Thune of South Dakota about the likelihood of finishing a policing deal Thursday. “It’s just nailing down the final details, and there are a couple of red lines for our guys.”

“The bill is not complete. We’re still exchanging paper,” said Sen. Cory Booker, D-N.J., one of the bargainers, affirming it was unlikely lawmakers would announce a final deal Thursday.

Another negotiator, No. 2 Senate Democratic leader Dick Durbin of Illinois, said lawmakers hoped to produce an overall framework that would leave them with “putting pen to paper to work out the details.” Agreeing to the specifics of a compromise has been a chief hurdle for months.

A last-minute turnaround was possible. At the very least, negotiators seemed likely to resume their efforts once Congress returns next month from recess.

But a failure to nail down a full agreement Thursday on legislation aimed at curbing the use of force by police and making them more accountable for abuses would be a further blow to lawmakers’ efforts, draining away more time as they address an issue that came to the forefront last year with Floyd’s killing. Bargainers have already spent months trying to resolve differences, reflecting the complex web of issues and political imperatives that have prevented action so far.

According to people familiar with the talks, the two most divisive issues have been Democrats’ efforts to make individual police officers accused of abuses liable for civil penalties and whether to make it easier to bring criminal cases against officers for excessive use of force.

Last month, lawmakers missed a May 25 deadline set by President Joe Biden. That date marked one year since Floyd, a Black man, died under the knee of a white Minneapolis police officer, who has since been convicted in his killing.

The further into the year the talks remain unresolved, the more next year’s elections for congressional control will make bipartisan cooperation harder. Efforts to curb police practices are entwined with public concerns about race and crime, and all are potent, emotional issues for both parties to use as they appeal to their most ardent base voters.

Floyd’s death, which ignited racial justice protests across the country, was a campaign issue during President Donald Trump’s failed reelection bid and prompted debates over crime and authorities’ use of force that rage still. An agreement would let each party assert it has addressed a consuming national problem, while a stalemate would let each blame the other and fuel next year’s political campaigns.

The Democratic-led House approved a wide-ranging bill overhaul in March that’s gone nowhere in the 50-50 Senate, with Republicans arguing it goes too far. Democrats blocked a Senate GOP measure last year, saying it was too weak.

Other provisions would curb police use of chokeholds, bolster national data systems of complaints against officers and limit the types of military equipment that police departments can obtain.

The talks’ painfully slow pace has fueled partisan distrust, though not among the bargainers themselves, who appear to have retained harmonious relationships.

Some in each party voice suspicions that rather than an agreement, some of their political opponents would rather have policing and crime left intact as campaign issues. Each side denies that motive, though some openly assert that, should the talks collapse, they could effectively use the issue in next year’s elections.

Sen. Rick Scott, R-Fla., who leads his party’s Senate campaign committee, said if the talks fail, it would help Republicans accuse Democrats of wanting to defund the police, a progressive proposal that Biden and many Democrats have disavowed.

“We’re doing the right thing, and they’re trying to stop it,” said Rep. Sean Patrick Maloney, D-N.Y., who heads House Democrats’ political organization. “And if they pay a political price for that, well, that’s how politics should work.”

The talks have been closely watched by powerful outside groups representing police and sheriff organizations, civil rights organizations and Floyd’s relatives, who have met with Biden and members of Congress.

The number of international homebuyers declined sharply throughout the United States in the past year amidst the global COVID-19 pandemic, according … END_OF_DOCUMENT_TOKEN_TO_BE_REPLACED

Tom Rodeno, 50, a 20-year veteran in representing industrial spaces for Colliers International, based out of the Rosemont office with the title of … END_OF_DOCUMENT_TOKEN_TO_BE_REPLACED

Chicago’s city officials move the deadline for submitting a proposal for the planned casino to October 29, looking for more bidders. Chicago … END_OF_DOCUMENT_TOKEN_TO_BE_REPLACED

A community in western Illinois has officially disbanded its police department over budget concerns. East Galesburg has been without its police … END_OF_DOCUMENT_TOKEN_TO_BE_REPLACED

The officer who died was the first Chicago cop shot and killed in the line of duty this year, Brown said. It's the first line-of-duty shooting … END_OF_DOCUMENT_TOKEN_TO_BE_REPLACED