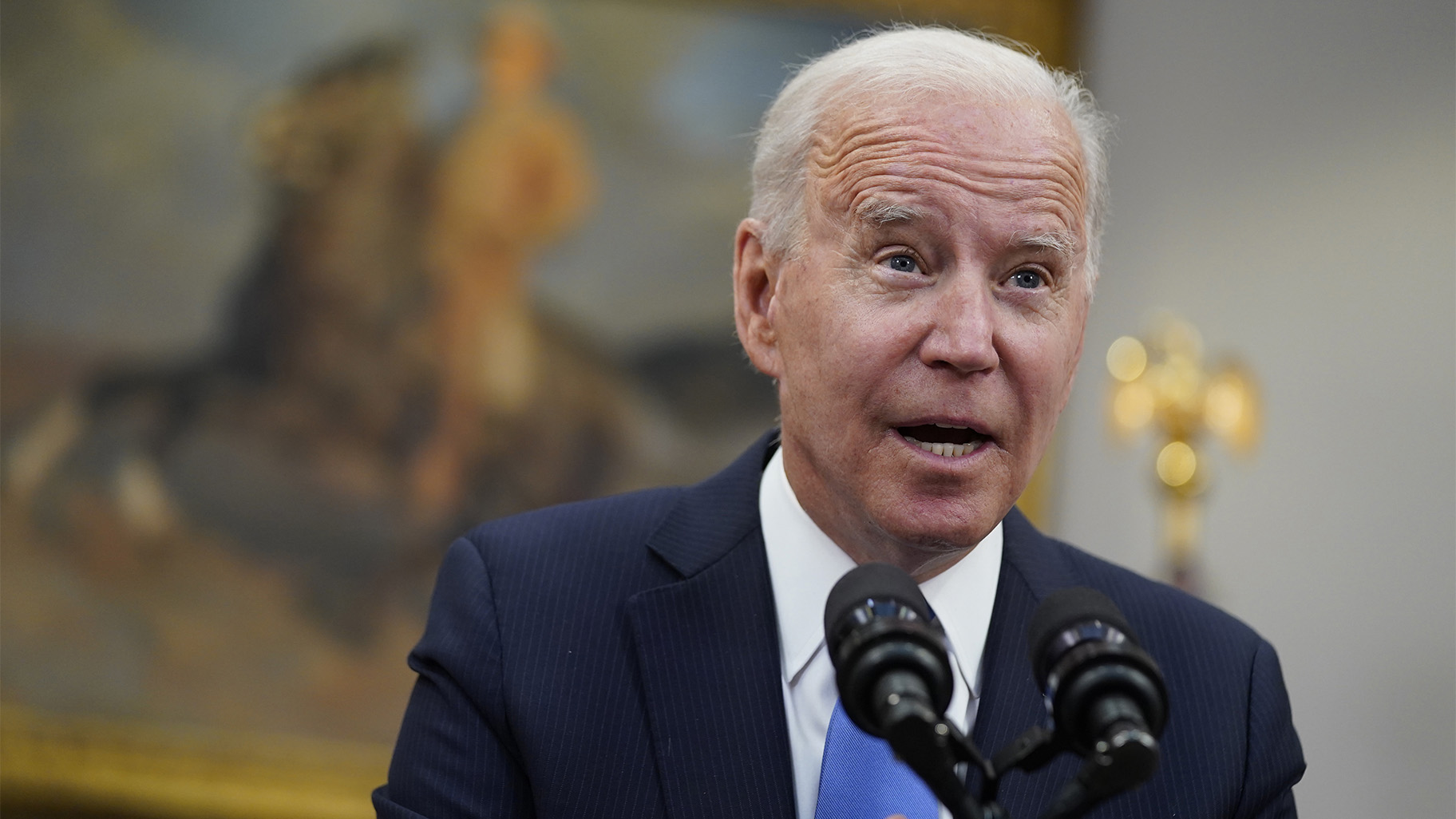 In this May 13, 2021 file photo, President Joe Biden speaks in the Roosevelt Room of the White House in Washington. (AP Photo / Evan Vucci)


WASHINGTON (AP) — President Joe Biden on Wednesday asked U.S. intelligence officials to “redouble” their efforts to investigate the origins of the COVID-19 pandemic, including any possibility the trail might lead to a Chinese lab.

After months of minimizing that possibility as a fringe theory, the Biden administration is responding to both U.S. and world pressure for China to be more open about the outbreak.

Biden asked U.S. intelligence agencies to report back on their findings within 90 days. He directed U.S. national laboratories to assist with the investigation and called on China to cooperate with international probes into the origins of the pandemic.

Republicans, including former President Donald Trump, have promoted the theory that the virus emerged from a laboratory accident rather than naturally through human contact with an infected animal.

Biden in a statement said the majority of the intelligence community had “coalesced” around those two likely scenarios but “do not believe there is sufficient information to assess one to be more likely than the other.” He revealed that two agencies lean toward the animal link and “one leans more toward” the lab theory, adding, “each with low or moderate confidence.”

“The United States will also keep working with like-minded partners around the world to press China to participate in a full, transparent, evidence-based international investigation and to provide access to all relevant data and evidence,” said Biden.

White House press secretary Jen Psaki said Tuesday that the White House supports a new World Health Organization investigation in China, but she added that an effective probe “would require China finally stepping up and allowing access needed to determine the origins.”

Biden still held out the possibility that a firm conclusion may never be reached, given the Chinese government’s refusal to fully cooperate with international investigations.

“The failure to get our inspectors on the ground in those early months will always hamper any investigation into the origin of COVID-19,” he said.

Administration officials still harbor strong doubts about the lab leak theory. They view China’s refusal to cooperate in the investigation — particularly on something of such magnitude — as emblematic of other irresponsible actions on the world stage.

Privately, administration officials say the end result, if ever known, won’t change anything, but note China’s stonewalling is now on display for the world to see.

Dr. Anthony Fauci, a White House coronavirus adviser, said Wednesday that he and most others in the scientific community “believe that the most likely scenario is that this was a natural occurrence, but one knows that 100 percent for sure.”

“And since there’s a lot of concern, a lot of speculation and since no one absolutely knows that, I believe we do need the kind of investigation where there’s open transparency and all the information that’s available, to be made available, to scrutinize,” Fauci said at a Senate hearing.

Andy Slavitt, Biden’s senior adviser for the coronavirus, said Tuesday that the world needs to “get to the bottom … whatever the answer may be.”

“We need a completely transparent process from China; we need the WHO to assist in that matter,”“ Slavitt said. “We don’t feel like we have that now.”

The number of international homebuyers declined sharply throughout the United States in the past year amidst the global COVID-19 pandemic, according … END_OF_DOCUMENT_TOKEN_TO_BE_REPLACED

Tom Rodeno, 50, a 20-year veteran in representing industrial spaces for Colliers International, based out of the Rosemont office with the title of … END_OF_DOCUMENT_TOKEN_TO_BE_REPLACED

Chicago’s city officials move the deadline for submitting a proposal for the planned casino to October 29, looking for more bidders. Chicago … END_OF_DOCUMENT_TOKEN_TO_BE_REPLACED

A community in western Illinois has officially disbanded its police department over budget concerns. East Galesburg has been without its police … END_OF_DOCUMENT_TOKEN_TO_BE_REPLACED

The officer who died was the first Chicago cop shot and killed in the line of duty this year, Brown said. It's the first line-of-duty shooting … END_OF_DOCUMENT_TOKEN_TO_BE_REPLACED