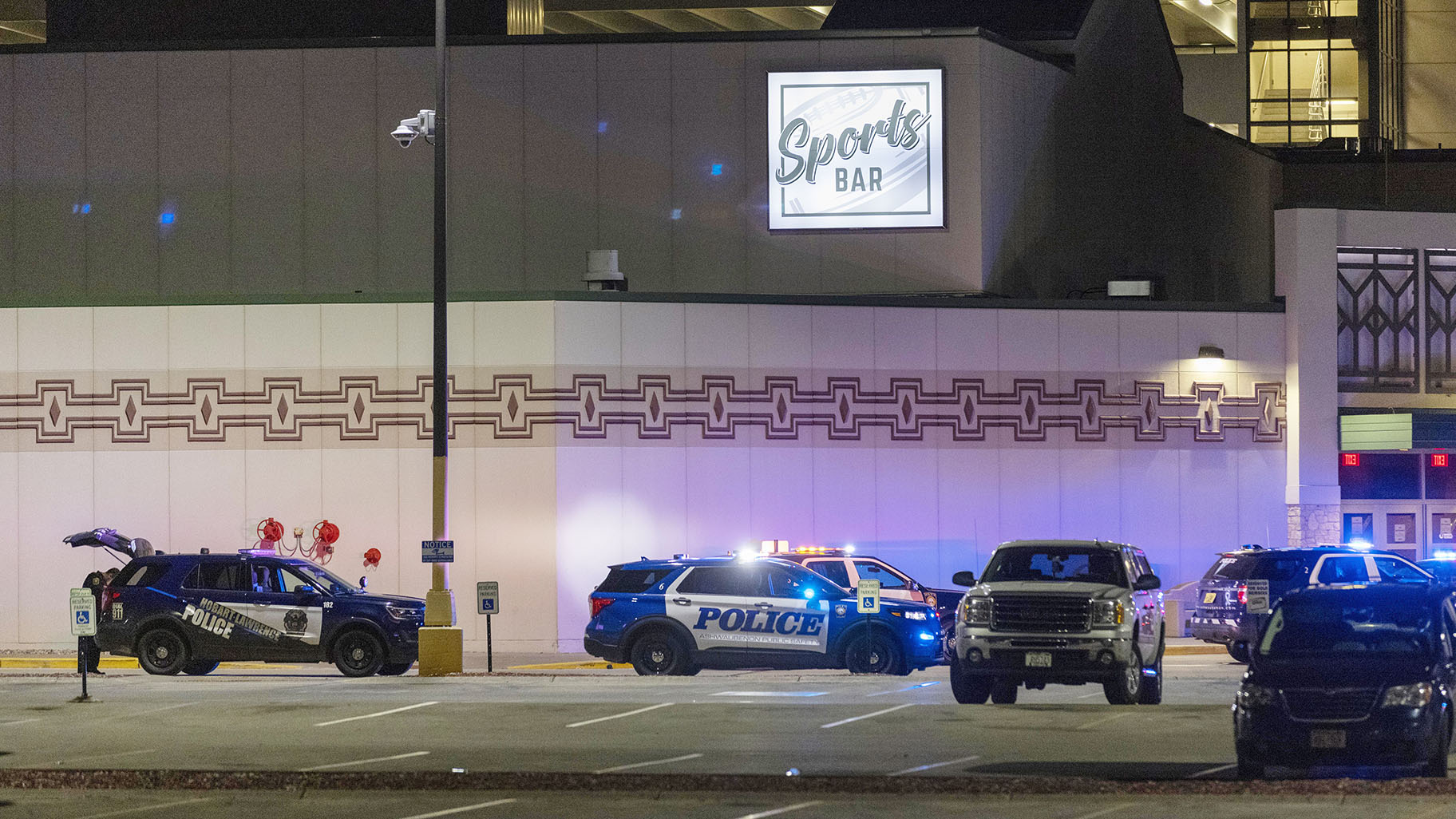 Police line the parking lot outside the Oneida Casino in the early morning hours of Sunday, May 2nd, 2021, near Green Bay, Wisconsin. (AP Photo / Mike Roemer)


GREEN BAY, Wis. (AP) — A gunman killed two people at a Wisconsin casino restaurant and seriously wounded a third before he was killed by police late Saturday, in what authorities said appeared to be a targeted attack.

Brown County Sheriff’s Lt. Kevin Pawlak said investigators believe the gunman was seeking a specific person he was angry at.

“He was targeting a specific victim who was not there, but he decided to still shoot some of the victim’s friends or co-workers, it appears,” Pawlak said.

Neither the gunman nor the shooting victims were immediately identified.

Pawlak wasn’t sure if the shooter was a former employee of the restaurant, but said “it appears there’s some relationship that had to do with employment.”

“Whether or not they all worked there, we’re still working on,” he said.

The wounded person was being treated at a Milwaukee hospital, Pawlak said.

The attack happened around 7:30 p.m. at the Oneida Casino, operated by the Oneida Nation on the western side of Green Bay, with the casino tweeting that an active shooter was on the scene.

“I know for sure two, because it happened right next to us, literally right next to us,” Yatim said. “But he was shooting pretty aggressively in the building, so I wouldn’t doubt him hitting other people.”

Yatim said the shooting began in a casino restaurant.

“We got the hell out of there, thank God we’re OK, but obviously we wish the best for everybody who’s been shot,” he said.

Attorney General Josh Kaul tweeted shortly before 10 p.m. that the scene was “contained. There is no longer a threat to the community.”

Webster said the casino is connected to a large hotel and conference center, the Radisson, also owned by the Oneida Nation.

Gambler Max Westphal said he was standing outside after being evacuated for what he thought was a minor issue.

“All of a sudden we hear a massive flurry of gunshots — 20 to 30 gunshots for sure,” Westphal told WBAY-TV. “We took off running towards the highway … There had to have been 50 cop cars that came by on the highway. It was honestly insane.”

Pawlak said authorities called for a “tactical alert” after receiving the report of an active shooter. That “brings every agency from around the area to the casino, to the Radisson,” he said of the large law enforcement presence.

Gov. Tony Evers issued a statement late Saturday saying he was “devastated” to hear about the shooting.

“Our hearts, thoughts, and support go out to the Oneida Nation, the Ashwaubenon and Green Bay communities, and all those affected by this tragedy.”

The Oneida tribe’s reservation lies on the west side of the Green Bay area.

The number of international homebuyers declined sharply throughout the United States in the past year amidst the global COVID-19 pandemic, according … END_OF_DOCUMENT_TOKEN_TO_BE_REPLACED

Tom Rodeno, 50, a 20-year veteran in representing industrial spaces for Colliers International, based out of the Rosemont office with the title of … END_OF_DOCUMENT_TOKEN_TO_BE_REPLACED

Chicago’s city officials move the deadline for submitting a proposal for the planned casino to October 29, looking for more bidders. Chicago … END_OF_DOCUMENT_TOKEN_TO_BE_REPLACED

A community in western Illinois has officially disbanded its police department over budget concerns. East Galesburg has been without its police … END_OF_DOCUMENT_TOKEN_TO_BE_REPLACED

The officer who died was the first Chicago cop shot and killed in the line of duty this year, Brown said. It's the first line-of-duty shooting … END_OF_DOCUMENT_TOKEN_TO_BE_REPLACED