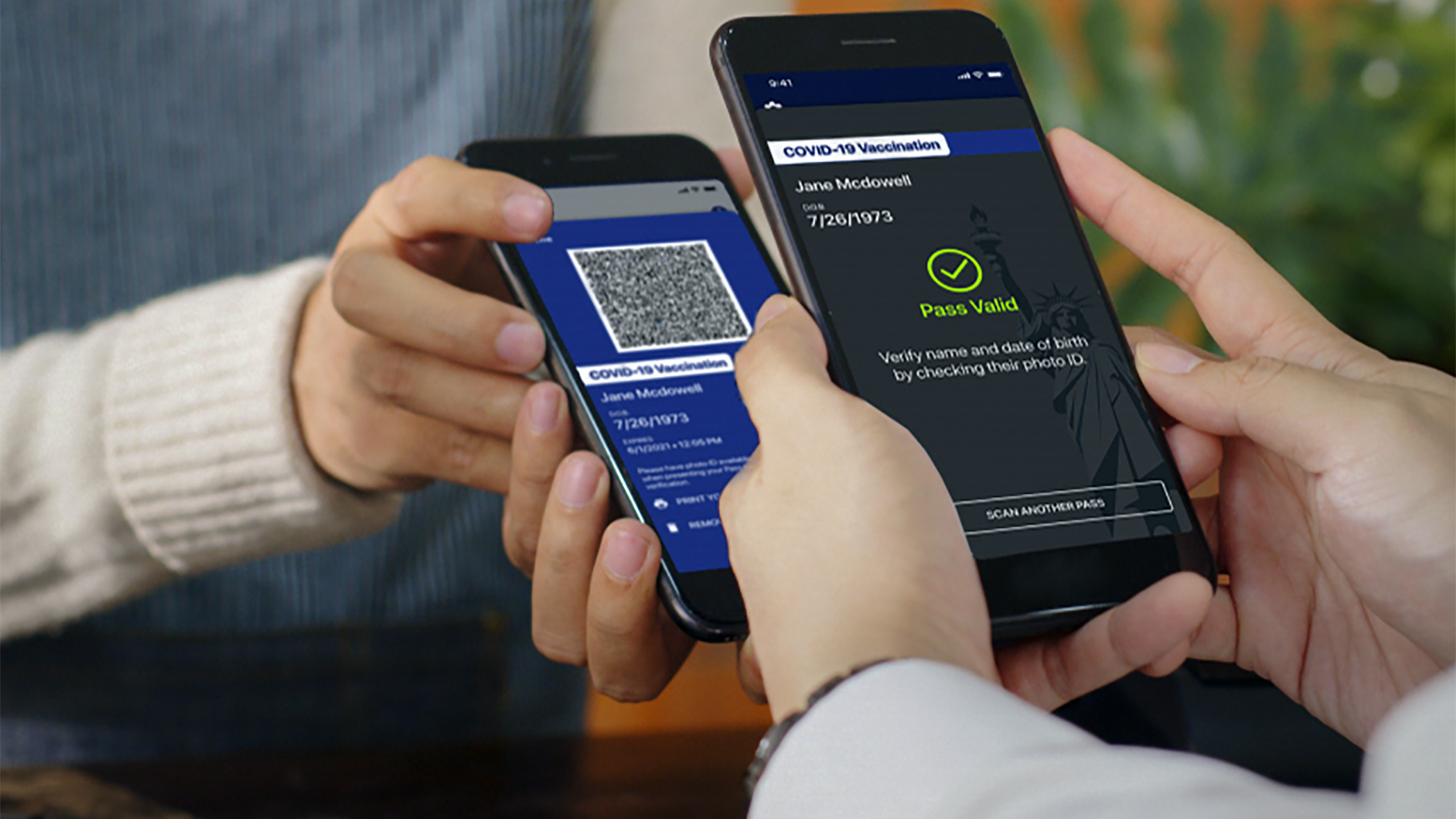 They currently exist in only one state — a limited government partnership in New York with a private company — but that hasn’t stopped GOP lawmakers in a handful of states from rushing out legislative proposals to ban their use.

The argument over whether passports are a sensible response to the pandemic or governmental overreach echoes the bitter disputes over the past year about masks, shutdown orders and even the vaccines themselves.

Vaccine passports are typically an app with a code that verifies whether someone has been vaccinated or recently tested negative for COVID-19. They are in use in Israel and under development in parts of Europe, seen as a way to safely help rebuild the pandemic- devastated travel industry.

They are intended to allow businesses to more safely open up as the vaccine drive gains momentum, and they mirror measures already in place for schools and overseas travel that require proof of immunization against various diseases.

But lawmakers around the country are already taking a stand against the idea. GOP senators in Pennsylvania are drawing up legislation that would prohibit vaccine passports, also known as health certificates or travel passes, from being used to bar people from routine activities.

“We have constitutional rights and health privacy laws for a reason,” said Pennsylvania House Majority Leader Kerry Benninghoff, a Republican. “They should not cease to exist in a time of crisis. These passports may start with COVID-19, but where will they end?”

Benninghoff said this week his concern was “using taxpayer money to generate a system that will now be, possibly, in the hands of mega-tech organizations who’ve already had problems with getting hacked and security issues.”

A Democratic colleague, Rep. Chris Rabb of Philadelphia, sees value in vaccine passports if they are implemented carefully.

“There’s a role for using technology and other means to confirm people’s statuses,” Rabb said. “But we do have concerns around privacy, surveillance and inequitable access.”

Republican legislators in other states have also been drafting proposals to ban or limit them. A bill introduced in the Arkansas Legislature on Wednesday would prevent government officials from requiring vaccine passports for any reason, and would ban their use as a condition of “entry, travel, education, employment or services.”

At a news conference this week, Andy Slavitt, acting administrator of the Centers for Medicare and Medicaid Services, said he considered them a project for the private sector, not the government.

He said the government is considering federal guidelines to steer the process surrounding vaccine passports. Among its concerns: Not everyone who would need a passport has a smartphone; passports should be free and in multiple languages; and private health information must be protected.

Anderson noted the Vaccination Credential Initiative is not making recommendations on how — or even if — organizations choose to use the certifications.

In Montana, GOP lawmakers this week voted along party lines to advance a pair of bills that would ban discrimination based on vaccine status or possession of an immunity passport, and to prohibit using vaccine status or passports to obtain certain benefits and services.

And a freshman Republican state lawmaker in Ohio spoke out about the concept, saying more restrictions or mandates are not the answer to every COVID-19 problem.

“Ohioans are encouraged to take the COVID-19 vaccine for the health and well-being of themselves and others,” Rep. Al Cutrona said. “However, a vaccine should not be mandated or required by our government for our people to integrate back to a sense of normalcy.”

Republican Florida Gov. Ron DeSantis on Friday issued an executive order that said no governmental entity can issue a vaccine passport, and businesses in that state can’t require them. He said he expected the Legislature to pass a similar law.

His order said requiring “so-called COVID-19 vaccine passports for taking part in everyday life — such as attending a sporting event, patronizing a restaurant, or going to a movie theater — would create two classes of citizens.”

U.S. Rep. Marjorie Taylor Greene, R-Georgia, a newly elected member who has embraced and promoted a range of far-right political positions, told her supporters on Facebook earlier this week that “something called a vaccine passport” was a form of “corporate communism” and part of a Democratic effort to control people’s lives.

In New York, a government-sponsored vaccine passport called the Excelsior Pass is being introduced. A smartphone app, it shows whether someone has been vaccinated or recently tested negative for COVID-19.

Democratic Gov. Andrew Cuomo touted the idea as letting an event venue usher, for example, use their own smartphone to scan a concertgoer’s code.

New York officials have not released specific details about how the app will work, access someone’s vaccination or testing status or protect a user’s name, date of birth or the location where their code was scanned. The app’s privacy policy says data will be “maintained in a secure manner” and won’t be used for sales or marketing purposes or shared with a third party. But some privacy experts say the public needs more specifics to ensure its information is protected.

Albert Fox Cahn, founder and executive director of the Surveillance Technology Oversight Project at the Urban Justice Center, a New York–based civil rights and privacy group, warned the Excelsior Pass creates a new layer of surveillance without sufficient details about how it collects data or protects privacy.

“We basically only have screenshots of the user interface and not much more,” Cahn said of Excelsior Pass.

The number of international homebuyers declined sharply throughout the United States in the past year amidst the global COVID-19 pandemic, according … END_OF_DOCUMENT_TOKEN_TO_BE_REPLACED

Tom Rodeno, 50, a 20-year veteran in representing industrial spaces for Colliers International, based out of the Rosemont office with the title of … END_OF_DOCUMENT_TOKEN_TO_BE_REPLACED

Chicago’s city officials move the deadline for submitting a proposal for the planned casino to October 29, looking for more bidders. Chicago … END_OF_DOCUMENT_TOKEN_TO_BE_REPLACED

A community in western Illinois has officially disbanded its police department over budget concerns. East Galesburg has been without its police … END_OF_DOCUMENT_TOKEN_TO_BE_REPLACED

The officer who died was the first Chicago cop shot and killed in the line of duty this year, Brown said. It's the first line-of-duty shooting … END_OF_DOCUMENT_TOKEN_TO_BE_REPLACED