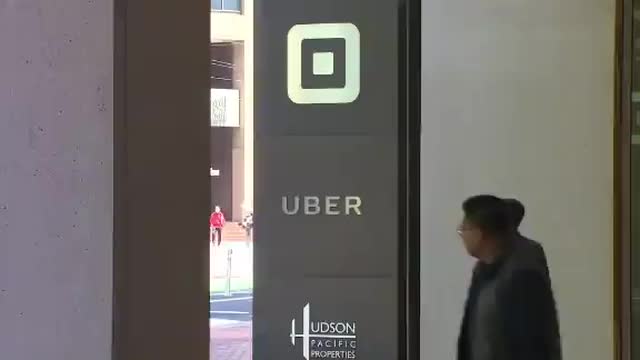 CHICAGO — Uber announced Friday the beginning of a tighter verification process for riders in response to an increase in safety incidents, including shootings and carjackings in the Chicago area.

One recent study found there’s been nearly 40 carjackings of rideshare drivers in Chicago since October. The family of one victim is cheering the new system as a small victory.

Javier Ramos of Franklin Park was a rideshare driver dropping off a passenger last month on the city’s West Side when he was shot to death in an apparent carjacking.

Since then, family and friends have held vigils and rallies fighting for change in the rideshare industry.

“My first thought was, ‘Javi, we did it. We made a little change,” Javier’s cousin Hortencia Ramos said.

Uber will now require any riders who use venmo, gift or prepaid cards to pay to upload a valid I.D. before being able to use the service.

“We know from law enforcement and other experts that anonymous payment methods are more often linked to malicious actions or fraud which can put drivers at risk,” Uber said in a statement.

Javier’s killer still has not been caught, but Hortencia hopes this new measure will prevent this from happening to others.

“It has come to bring changes to save other drivers from future carjackings,” Ramos said.

Uber added in a statement that they continue to work with law enforcement to investigate crimes related to the app.

The number of international homebuyers declined sharply throughout the United States in the past year amidst the global COVID-19 pandemic, according … END_OF_DOCUMENT_TOKEN_TO_BE_REPLACED

Tom Rodeno, 50, a 20-year veteran in representing industrial spaces for Colliers International, based out of the Rosemont office with the title of … END_OF_DOCUMENT_TOKEN_TO_BE_REPLACED

Chicago’s city officials move the deadline for submitting a proposal for the planned casino to October 29, looking for more bidders. Chicago … END_OF_DOCUMENT_TOKEN_TO_BE_REPLACED

A community in western Illinois has officially disbanded its police department over budget concerns. East Galesburg has been without its police … END_OF_DOCUMENT_TOKEN_TO_BE_REPLACED

The officer who died was the first Chicago cop shot and killed in the line of duty this year, Brown said. It's the first line-of-duty shooting … END_OF_DOCUMENT_TOKEN_TO_BE_REPLACED