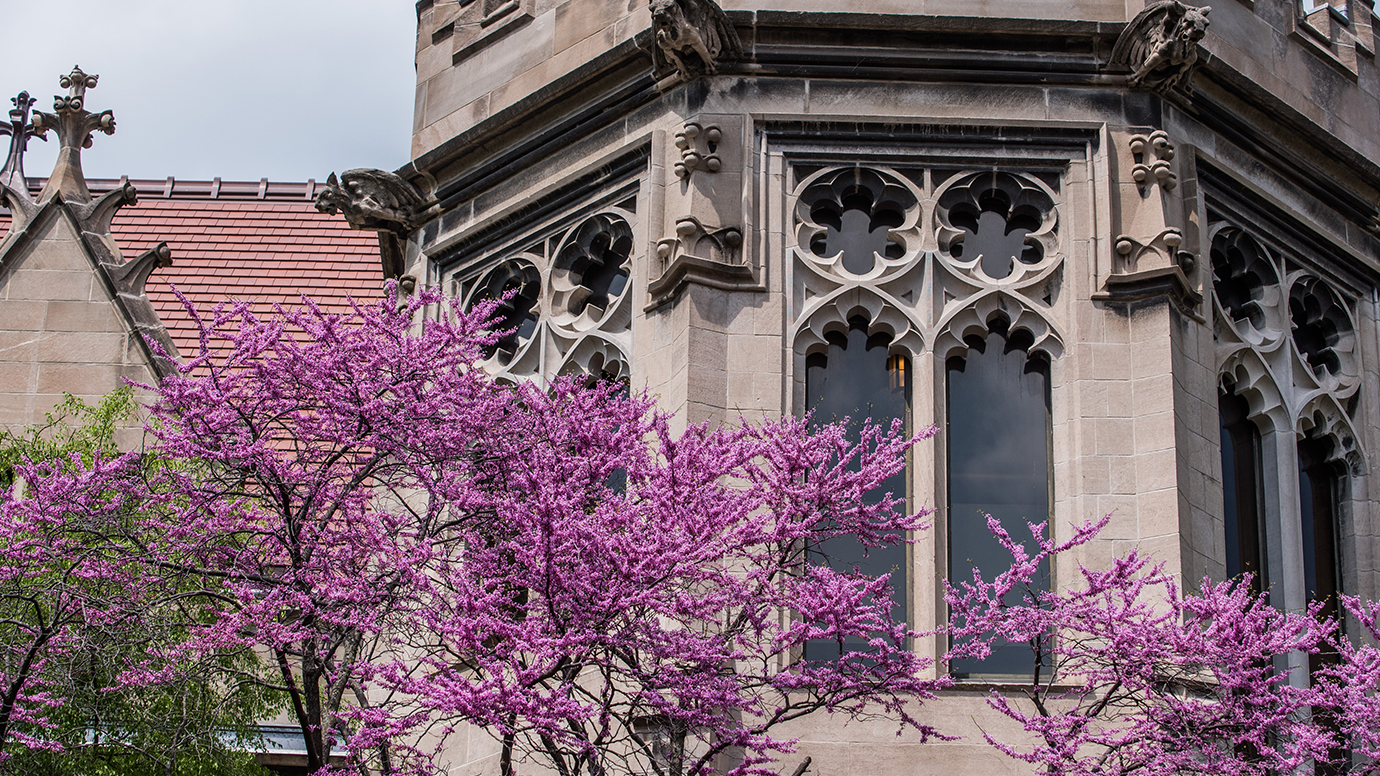 Guggenheim Fellowships have been awarded this year to four University of Chicago scholars, chosen on the basis of prior achievement and exceptional promise.

Prof. Ufuk Akcigit, Prof. Guanglei Hong, Asst. Prof. Mitchell S. Jackson and Prof. Tara Zahra are among the 184 fellows selected in this year’s class from nearly 3,000 applicants. Their fellowships will support a variety of projects, including research into the impacts of the Great Recession, a study of globalism and 20th-century Europe, and a work of historical fiction.

Prof. Ufuk Akcigit is a leader in the study of innovation and its role in economic growth. By recruiting microlevel data to inform macroeconomic models, his work unites traditionally separate approaches in the field.

An expert in economic growth, entrepreneurship, and the economics of innovation, productivity, and firm dynamics, Akcigit is the Arnold C. Harberger Professor in the Kenneth C. Griffin Department of Economics and the College. By combining macroeconomic and microeconomic perspectives, he has produced research cited by numerous reports, including those issued by the World Bank, the International Monetary Fund and the administration of President Barack Obama.

Akcigit’s Guggenheim Fellowship will support research into understanding various layers that connect innovation policies to economic growth. In particular, he will seek to understand how societies can utilize their talent pool more effectively, and produce more scientists and inventors through better education and innovation policies.

“I am planning to interrogate even the basic assumptions undergirding economic policy,” Akcigit said. “Challenging such conventions will pave the way for stronger data-driven policy.”

Akcigit’s contributions to scholarship and policy have been recognized by a number of prestigious awards, including a National Science Foundation Career Award, the Asaf Savas Akat Economics Prize, and the Kiel Institute Excellence Award in Global Economic Affairs.

He was also awarded the 2019 Max Planck-Humboldt Research Award, which is providing 1.5 million euros ($1.78 million) of research funding over five years. Akcigit is using the funds to investigate how and why eastern Germany continues to lag behind its western counterpart, even three decades after the fall of the Berlin Wall.

Prof. Guanglei Hong’s research has focused on developing methods for understanding the impacts of social and educational policies on child and youth development over long time spans as they navigate multiple layers of social ecological systems. She is a faculty member in the Department of Comparative Human Development and the author of the book Causality in the Social World: Moderation, Mediation and Spill-over.

Hong’s Guggenheim Fellowship will support research into the impacts of the Great Recession on youth transition to adulthood with short-term and long-term implications for developmental outcomes in multiple domains of life. The project compares the impacts across different classes of origin, gender and racial/ethnic groups.

Specifically, she will examine how prior factors such as wealth and education have impacted individuals’ development paths since 2008, including the degree to which they have been disconnected from school and work as a result of the recession and its psychological consequences indicated by mental and substance abuse disorders.

“Of particular concern to me are economically vulnerable youths who lack protective resources from families and communities and tend to be under-served by schools due to unequal educational opportunities. I believe that a project as such has great significance as societies continue to fathom the short-term and long-term impacts of global economic crises on one generation after another,” Hong said.

Through the project, Hong will help elucidate the ways in which changes in economic conditions at key life stages influence outcomes for young adults from different backgrounds, and the role that inequality plays in shaping those outcomes.

A faculty member in the University of Chicago’s Program in Creative Writing and the Department of English Language and Literature, Jackson has used nonfiction to examine or critique the social and political through a personal lens. His interests include contemporary American and African American literature, postmodernism, minimalism and race theories.

Jackson’s Guggenheim Fellowship will support the writing of a bold new work of historical fiction, for which he also won a prestigious Creative Capital Grant last year. The book, John of Watts, is inspired by the rise and fall of Black cult leader Eldridge Broussard Jr., who had ties to the Portland area and became the leader of the Ecclesia Athletic Association (EAA) in 1975.

The EAA was originally intended as a way to help children in the Watts neighborhood of Los Angeles but ended in 1988 with the tragic murder of Broussard’s 8-year-old daughter, Dayna, and investigations of extensive child physical abuse by members of the cult.

“I’m so thankful for this fellowship,” Jackson said. “Not only will it help support my research and writing, I feel immensely encouraged that a foundation that has supported so many projects by so many writers and scholars I admire, thought enough of John of Watts and my accomplishments thus far, to put me in their company. It’s a tremendous vote of confidence.”

Jackson is a columnist for Esquire. His writing has also appeared in The New Yorker, Harpers, The Paris Review, The Guardian, Time and other leading publications.

A leading scholar of the history of modern Europe, Tara Zahra is the Homer J. Livingston Professor of East European History. Her research interests include transnational history, migration, the family, nationalism and humanitarianism.

Zahra is a member of the American Academy of Arts and Sciences and a 2014 MacArthur Fellow. Her previous books include The Great Departure: Mass Migration and the Making of the Free World, and The Lost Children: Reconstructing Europe’s Families after World War II, among others.

Her Guggenheim Fellowship will support the completion of a forthcoming book—Against the World: Deglobalization and Anti-Globalism in Interwar Europe—which will build on her record of writing histories that transcend international borders to explore the complex factors that shaped 20th-century Europe.

In the book, Zahra investigates how interwar era anti-globalism challenged the “prewar vision of global integration as a motor of progress, peace and prosperity.” To do so, she examines popular social and political movements in multiple countries that promoted national self-sufficiency and renewed imperialism. By leveraging the stories of diverse actors, from New Deal America to fascist Italy, Zahra argues that globalization is not—and never has been—an unstoppable force.

“This project has been inspired by current events and I hope that it will shed light not only on the past, but also on contemporary political and social movements on the right and left that have mobilized against migration, global trade or liberal internationalism,” she said. “I’m very honored and grateful for the opportunity to devote a full year to research and writing.”

The number of international homebuyers declined sharply throughout the United States in the past year amidst the global COVID-19 pandemic, according … END_OF_DOCUMENT_TOKEN_TO_BE_REPLACED

Tom Rodeno, 50, a 20-year veteran in representing industrial spaces for Colliers International, based out of the Rosemont office with the title of … END_OF_DOCUMENT_TOKEN_TO_BE_REPLACED

Chicago’s city officials move the deadline for submitting a proposal for the planned casino to October 29, looking for more bidders. Chicago … END_OF_DOCUMENT_TOKEN_TO_BE_REPLACED

A community in western Illinois has officially disbanded its police department over budget concerns. East Galesburg has been without its police … END_OF_DOCUMENT_TOKEN_TO_BE_REPLACED

The officer who died was the first Chicago cop shot and killed in the line of duty this year, Brown said. It's the first line-of-duty shooting … END_OF_DOCUMENT_TOKEN_TO_BE_REPLACED