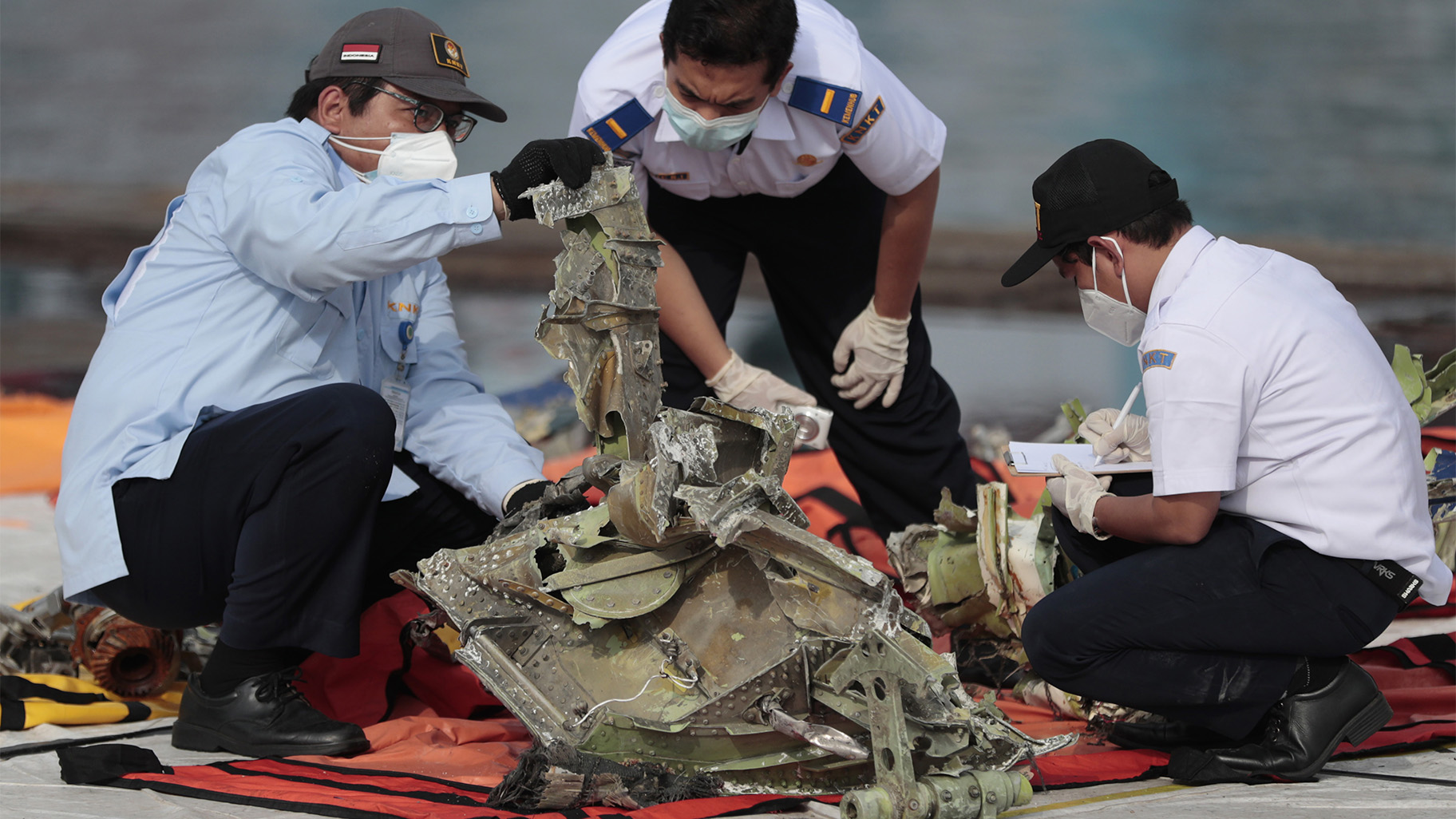 In this Jan. 21, 2021, file photo, investigators inspect a pieces of the Sriwijaya Air flight SJ-182 retrieved from the Java Sea where the passenger jet crashed on Jan. 9, at Tanjung Priok Port in Jakarta, Indonesia. A lawsuit filed in Seattle against Boeing alleges a malfunctioning autothrottle system on the older 737 jet led to the January crash of the Sriwijaya Air flight that killed all 62 people on board. (AP Photo / Dita Alangkara, File)


SEATTLE (AP) — A lawsuit filed in Seattle against Boeing alleges that a malfunctioning autothrottle system on an older 737 jet led to the crash of the Sriwijaya Air plane into the Java Sea in Indonesia last January, killing all 62 people on board.

The Seattle Times reported that the lawsuit, filed Thursday in King County Superior Court on behalf of 16 families of crash victims, cited previous incidents involving malfunctions of the 737 autothrottle system, arguing the history suggests the system should have been redesigned.

Boeing in a statement extended sympathy to the families and loved ones of people who died in the Jan. 9 crash but added that “it would be inappropriate to comment while our technical experts continue to assist with the investigation, or on any pending litigation.”

This 737 that crashed had been parked for nine months last year due to the COVID-19 pandemic air travel downturn. Indonesian aviation regulators issued a new certificate of airworthiness for the jet in December that allowed it to fly again.

According to the preliminary report into the crash of Flight SJ182 by the Indonesian National Transportation Safety Committee, maintenance logs showed that pilots repeatedly reported issues with the autothrottle in the days before the fatal flight and that technicians tried to fix the problem by cleaning switches and connectors.

The plane nosedived into the ocean near the Thousand Island chain in heavy rain shortly after it took off from Jakarta.

Sriwijaya Air had had only minor safety incidents in the past, though a farmer was killed in 2008 when a plane went off the runway while landing due to a hydraulic issue.

The number of international homebuyers declined sharply throughout the United States in the past year amidst the global COVID-19 pandemic, according … END_OF_DOCUMENT_TOKEN_TO_BE_REPLACED

Tom Rodeno, 50, a 20-year veteran in representing industrial spaces for Colliers International, based out of the Rosemont office with the title of … END_OF_DOCUMENT_TOKEN_TO_BE_REPLACED

Chicago’s city officials move the deadline for submitting a proposal for the planned casino to October 29, looking for more bidders. Chicago … END_OF_DOCUMENT_TOKEN_TO_BE_REPLACED

A community in western Illinois has officially disbanded its police department over budget concerns. East Galesburg has been without its police … END_OF_DOCUMENT_TOKEN_TO_BE_REPLACED

The officer who died was the first Chicago cop shot and killed in the line of duty this year, Brown said. It's the first line-of-duty shooting … END_OF_DOCUMENT_TOKEN_TO_BE_REPLACED