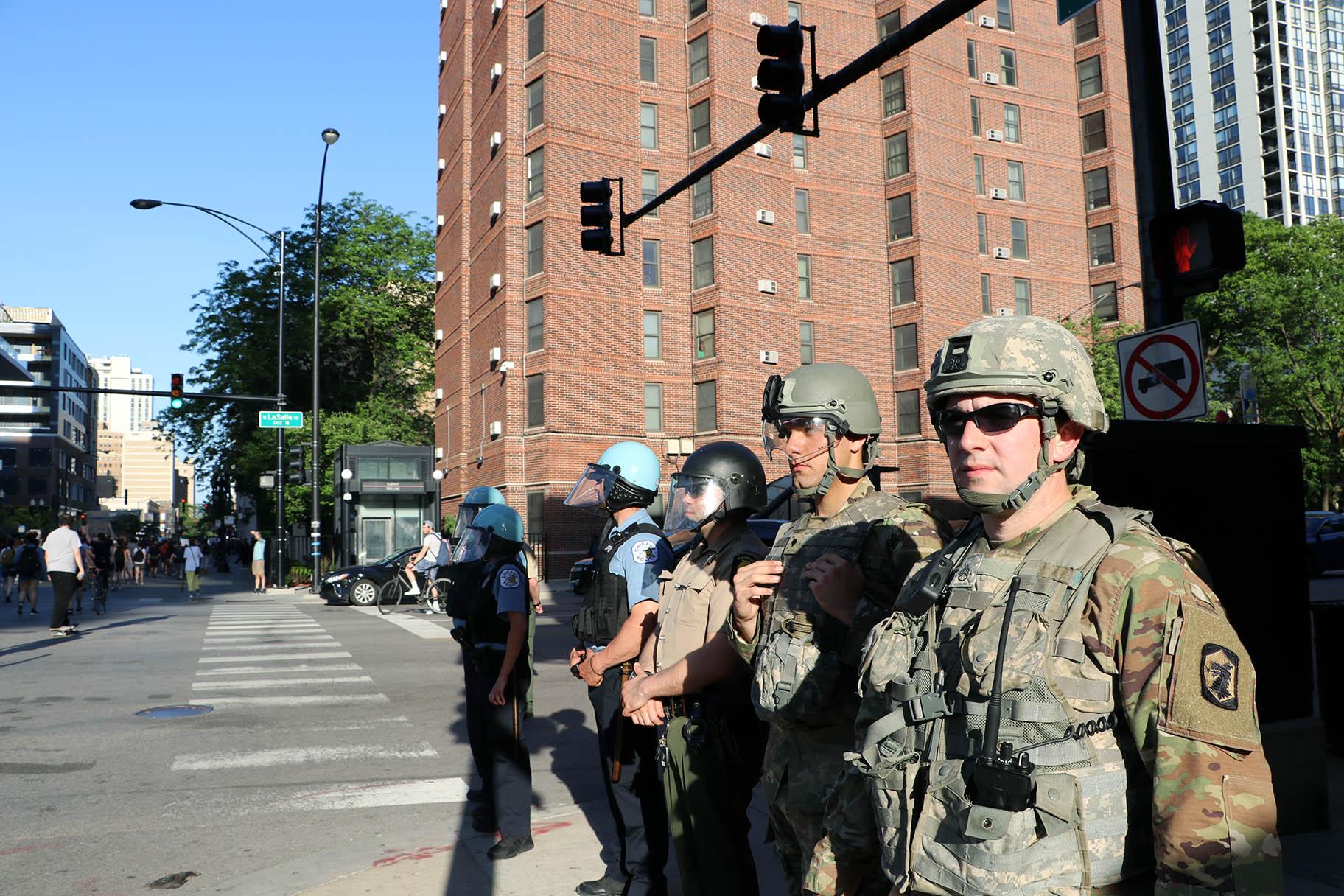 The city stands down and the National Guard is deactivated after Derek Chauvin was found guilty for the murder of George Floyd. However, activists say it wasn’t appropriate for the Guard’s call-up despite summer unrest. Meanwhile, the Department of Justice is opening an investigation of Minneapolis policing.

Federal prosecutors drop a bombshell in its newest court filing in the corruption case against Ald. Ed Burke alleging the politician used anti-Semitic language on undercover recordings. Burke’s lawyers tried to block it from becoming public, but prosecutors argued the incendiary trope was relevant to the scheme saying, “Again and again, Burke shamelessly tied official action to his law firm’s receipt of business.” Meanwhile, Mayor Lightfoot once again calls for his resignation as Burke continues to serve as alderman, despite the prosecutor calling him “thoroughly corrupt.”

Police Supt. David Brown discussed his rocky first year leading the CPD through police-involved shootings, riots, scandals, as well as the department’s compliance with the consent decree’s 799 paragraphs, police being targeted by shooters, officer suicides and more, all without grandstanding throughout the year in front of the cameras. In the wake of the fatal Adam Toledo police shooting, one proposal to change CPD’s foot pursuit policy reportedly includes getting permission before a chase — which the superintendent shot down.

Ald. Byron Sigcho-Lopez clashed with Lightfoot as activists, including actor Danny Glover, call for civilian police oversight and accountability marching around City Hall as the first in-person City Council meeting is held in over a year. But, only 28 aldermen appear in person. And, the mayor wants operators to submit proposals for a future Chicago casino and resort.

Finally, in COVID news, all Chicago mass vaccination sites are open for walk-in shots without appointments Friday as the city reports it has enough vaccines to meet demand despite the pause on using the Johnson & Johnson vaccine.  All folks 16 and older now eligible for vaccines as the city makes a push to boost numbers.  Meanwhile, an anti-retaliation ordinance passes allowing people to get shots on company time.

Did you miss us? Check out more episodes of The Week in Review.

The number of international homebuyers declined sharply throughout the United States in the past year amidst the global COVID-19 pandemic, according … END_OF_DOCUMENT_TOKEN_TO_BE_REPLACED

Tom Rodeno, 50, a 20-year veteran in representing industrial spaces for Colliers International, based out of the Rosemont office with the title of … END_OF_DOCUMENT_TOKEN_TO_BE_REPLACED

Chicago’s city officials move the deadline for submitting a proposal for the planned casino to October 29, looking for more bidders. Chicago … END_OF_DOCUMENT_TOKEN_TO_BE_REPLACED

A community in western Illinois has officially disbanded its police department over budget concerns. East Galesburg has been without its police … END_OF_DOCUMENT_TOKEN_TO_BE_REPLACED

The officer who died was the first Chicago cop shot and killed in the line of duty this year, Brown said. It's the first line-of-duty shooting … END_OF_DOCUMENT_TOKEN_TO_BE_REPLACED