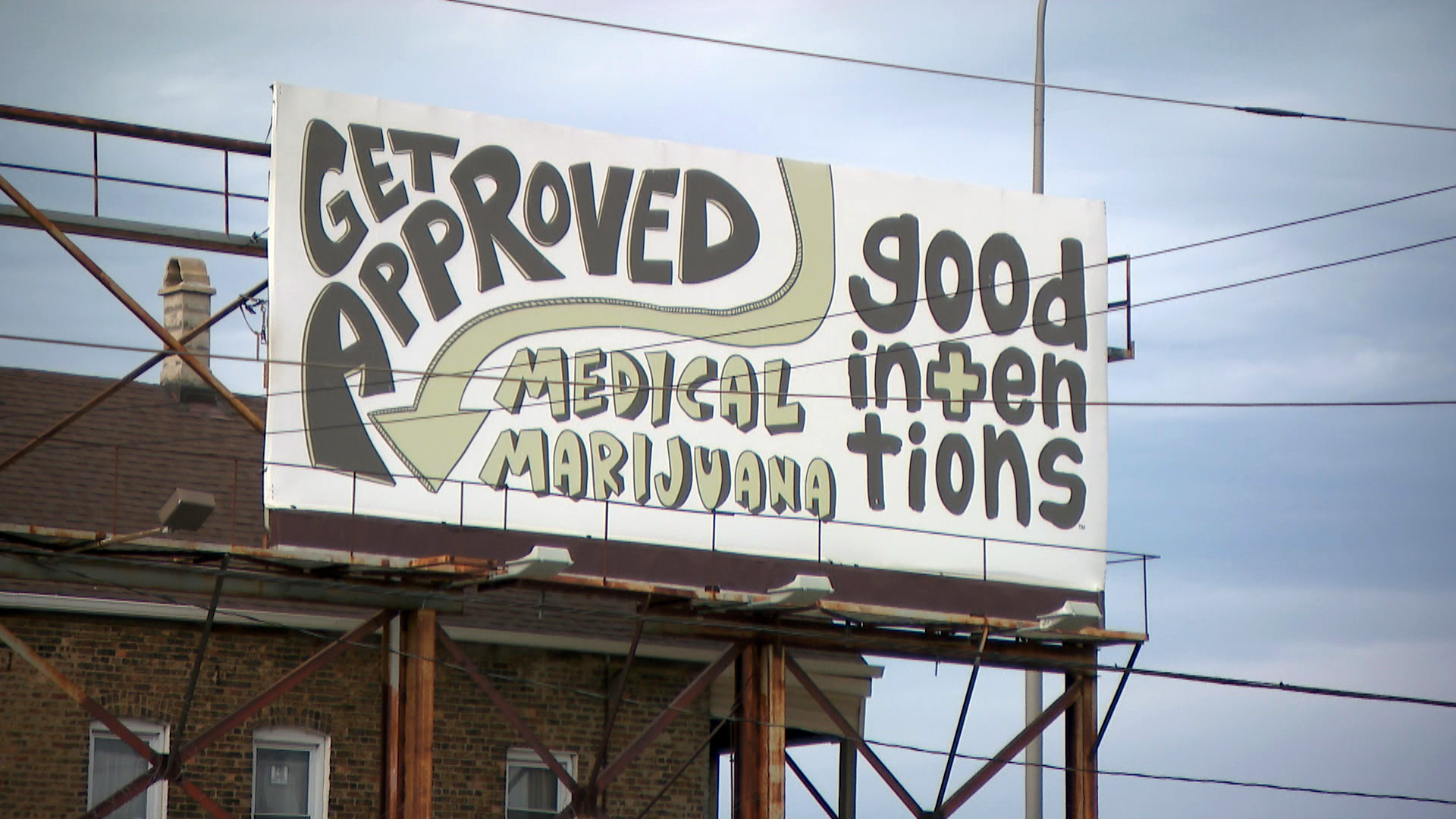 Recreational marijuana has been legal in Illinois since Jan. 2020 and sales have soared.

March saw the state’s highest sales of cannabis yet. The Illinois Department of Financial and Professional Regulation reported that sales topped $100 million (in and out-of-state cannabis users spent $109,149,355.98 greenbacks on the leafy green drug).

But people of color like Deborah Dillon continue to be shut out of the legal cannabis trade. Gov. J.B. Pritzker and backers of the legalization law made promises that Illinois would use decriminalization to usher in a new era of “social equity,” reversing harms caused primarily to people of color by the war on drugs.

“This whole debacle is to the benefit of the incumbents and to the politically-connected and to the wealthy. There’s no effort, no real effort for social equity. At all,” Dillon said.

Her name was on 11 of the more than 4,500 submitted to the state, each seeking a shot at 75 lucrative licenses for a cannabis dispensary.

The licenses were supposed to favor so-called “social equity” applicants from distressed communities or who’d been impacted by the war on drugs and were to have been awarded May 2020.

Twenty-one applicants achieved a perfect score and earned a place in the lottery that will decide which entities won licenses and where. Dillon was not among them, although she said she came close.

And she still may have a chance.

The state still hasn’t held a lottery to dole out those 75 licenses. There are questions about the validity of the scoring process and frustrations that only “perfect” scores moved on. Only applicants with what Dillon called a “unicorn” – a majority interest in a dispensary who is a veteran and meets social equity criteria – received all points.

Rather than hold a lottery, applicants like Dillon were given opportunities to correct “deficiencies” in the paperwork.

Dillon said after the many hours of sweat equity she’s put into the project, it’s well worth her time, even if the process to amend the application’s deficiencies is so difficult, she said it was “like picking fly feces from a pepper.”

Meanwhile, Illinois is facing six lawsuits over the plagued process.

“It’s been extremely challenging to try to dismantle what’s so incredibly, for lack of a better term, baked into the system. But I do believe that when this is all done we’re going to have the most diverse ownership in the country,” Hutchinson said. “We just have to get through the difficulties of getting this off the ground and getting through litigation and passing legislation and fixing and tweaking and making sure that we celebrate the fact that here in Illinois we don’t argue about whether we should do this, we argue about how much more we can do and how we have to fix it.”

Now, Rep. LaShawn Ford, D-Chicago, has a new proposal, House Bill 1443, that aims to move along the awarding of social equity pot licenses.

Ford’s plan would allow existing applicants, like Dillon, to take part in a second lottery that would lead to awarding another 110 licenses in addition to the 75 currently in limbo. The plan also aims to correct the need for a perfect score, instead using a “cut score” procedure that would allow any application that receives 85% of the total points to move to the lottery stage.

“We’re going to make sure that people that should be in that lottery have a true opportunity. And who are those people? People that were hardest hit by the war on drugs, who the law was intended for. And so I think that we are in good shape to make sure that this monopoly of the cannabis industry ends in Illinois, and it will be diverse as a result of the law that we pass coming up,” Ford said.

Hutchinson said the Pritzker administration has been involved in months of negotiations, and has never wavered in its goals to rectify injustices against people of color and those once punished for using or selling a drug that is now legal. The governor is committed to issuing social equity licenses this year, she said.

While the all-White current titans of Illinois’ marijuana industry may have a head start, Hutchinson said the legal cannabis ecosphere is in its nascent stages so it’s not too late for future social equity licensees to succeed. She said the administration is committed to helping prop up and ensure their success with state support, and what’s crucial is that social equity owners and investors make headway ahead of potential federal legalization.

But Dillon said she has problems with Ford’s plan and doesn’t trust the process. Nor does she trust Illinois’ officials and their promises to study whether the social equity goals have worked as intended before further issuing future rounds of licensing.

“If you can rig an application then you can certainly rig the outcome of a disparities study. Again, I’m from Illinois so I know how this goes,” Dillon said.

Dillon also said IDFPR shouldn’t be regulating dispensaries and much of the process; rather she said Illinois should have a commission made of marijuana experts and entrepreneurs and people impacted by previous, stricter drug policies.

The number of international homebuyers declined sharply throughout the United States in the past year amidst the global COVID-19 pandemic, according … END_OF_DOCUMENT_TOKEN_TO_BE_REPLACED

Tom Rodeno, 50, a 20-year veteran in representing industrial spaces for Colliers International, based out of the Rosemont office with the title of … END_OF_DOCUMENT_TOKEN_TO_BE_REPLACED

Chicago’s city officials move the deadline for submitting a proposal for the planned casino to October 29, looking for more bidders. Chicago … END_OF_DOCUMENT_TOKEN_TO_BE_REPLACED

A community in western Illinois has officially disbanded its police department over budget concerns. East Galesburg has been without its police … END_OF_DOCUMENT_TOKEN_TO_BE_REPLACED

The officer who died was the first Chicago cop shot and killed in the line of duty this year, Brown said. It's the first line-of-duty shooting … END_OF_DOCUMENT_TOKEN_TO_BE_REPLACED