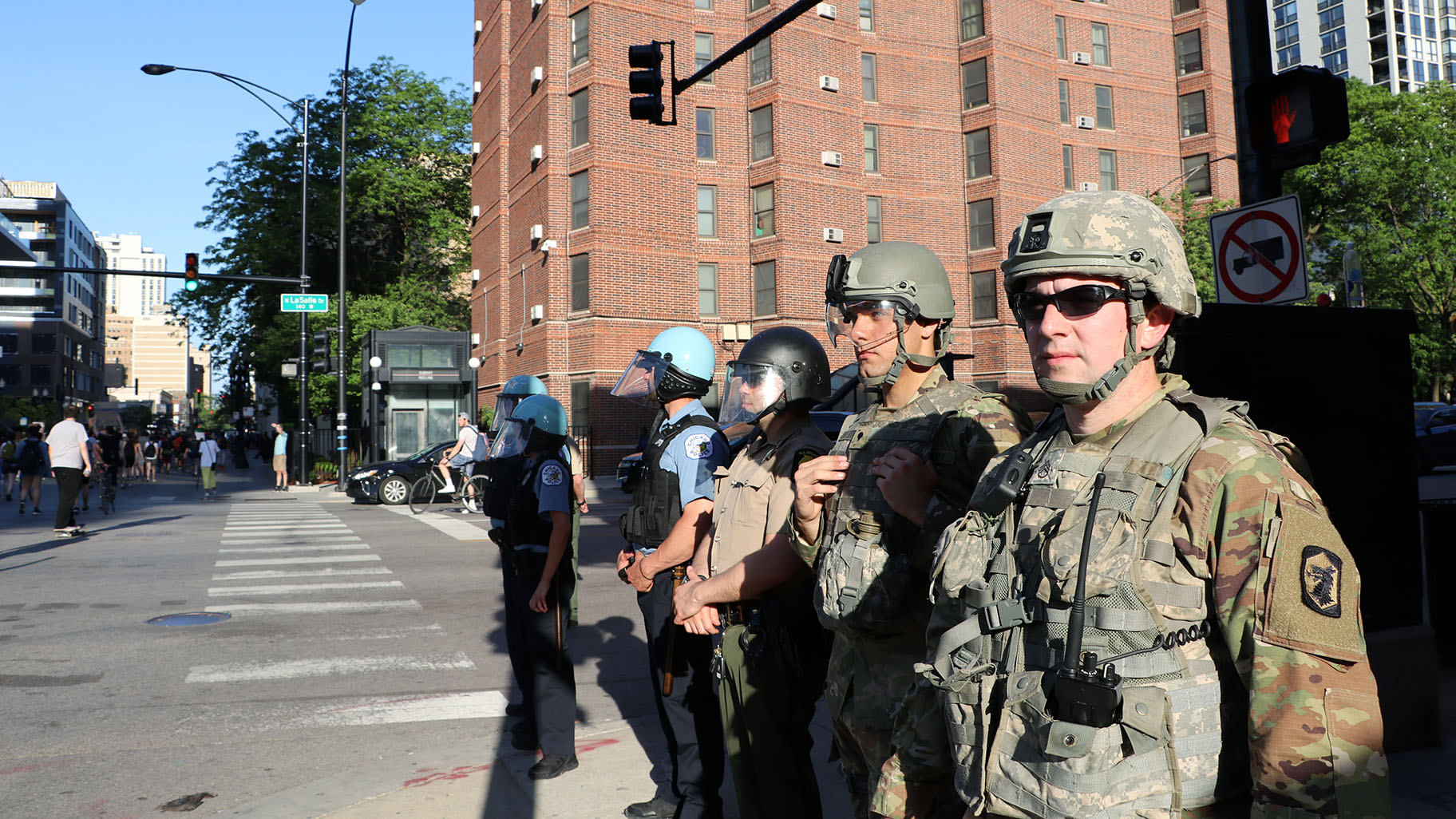 Chicago is prepared to handle protests and unrest that might be triggered by the verdict in the trial of Derek Chauvin, the former Minneapolis police officer charged with murder in the death of George Floyd, Mayor Lori Lightfoot said Tuesday.

Gov. J.B. Pritzker announced Tuesday afternoon that he had activated 125 members of the Illinois National Guard, at Lightfoot’s request, to support the Chicago Police Department.

The city is prepared to handle any unrest while protecting the First Amendment rights of peaceful protesters, Lightfoot said at an unrelated news conference that was her first public appearance since the governor’s announcement.

But Lightfoot had a warning for those not committed to peaceful protest.

Lightfoot said the city had “learned a lot” from protests and unrest triggered by the death of Floyd in Minneapolis police custody on May 25, including putting officers on “high alert” and assigning them to visible locations.

In addition, the city has positioned 300 garbage trucks, salt spreaders, snow plows and water trucks to protect the city’s commercial districts if the verdict triggers unrest and violence, Lightfoot said. Those plans will stay in place until the verdict is read, she added.

“I think we’ve got a very robust plan in place,” Lightfoot said. “I feel like we as a city are way better prepared than we had been to keep our residents safe.”

Lightfoot dismissed concerns that activating the National Guard could increase tensions in Chicago.

In addition, Lightfoot dismissed the finding from Inspector General Joseph Ferguson in February that that the Chicago Police Department botched nearly every aspect of its response to the protests and unrest triggered by Floyd’s death.

Lightfoot said Ferguson’s report was based on outdated information and “did not give the department a chance to respond.”

However, Ferguson’s report included Chicago police Superintendent David Brown’s response to its findings. In the report, Brown acknowledges that the police department “struggled with certain aspects of its response” and vows to use its “findings as an additional tool to self-evaluate and move forward to be a better police department for the city of Chicago.”

“Our officers are getting constant First Amendment rights refreshers and they are doing table-top exercises and live drills to make sure they are on point,” Lightfoot said Tuesday. “There is a lot that has been done to make sure that the department is honoring its responsibility to protest protestors who are safely and peacefully exercising their First Amendment rights.”

The number of international homebuyers declined sharply throughout the United States in the past year amidst the global COVID-19 pandemic, according … END_OF_DOCUMENT_TOKEN_TO_BE_REPLACED

Tom Rodeno, 50, a 20-year veteran in representing industrial spaces for Colliers International, based out of the Rosemont office with the title of … END_OF_DOCUMENT_TOKEN_TO_BE_REPLACED

Chicago’s city officials move the deadline for submitting a proposal for the planned casino to October 29, looking for more bidders. Chicago … END_OF_DOCUMENT_TOKEN_TO_BE_REPLACED

A community in western Illinois has officially disbanded its police department over budget concerns. East Galesburg has been without its police … END_OF_DOCUMENT_TOKEN_TO_BE_REPLACED

The officer who died was the first Chicago cop shot and killed in the line of duty this year, Brown said. It's the first line-of-duty shooting … END_OF_DOCUMENT_TOKEN_TO_BE_REPLACED