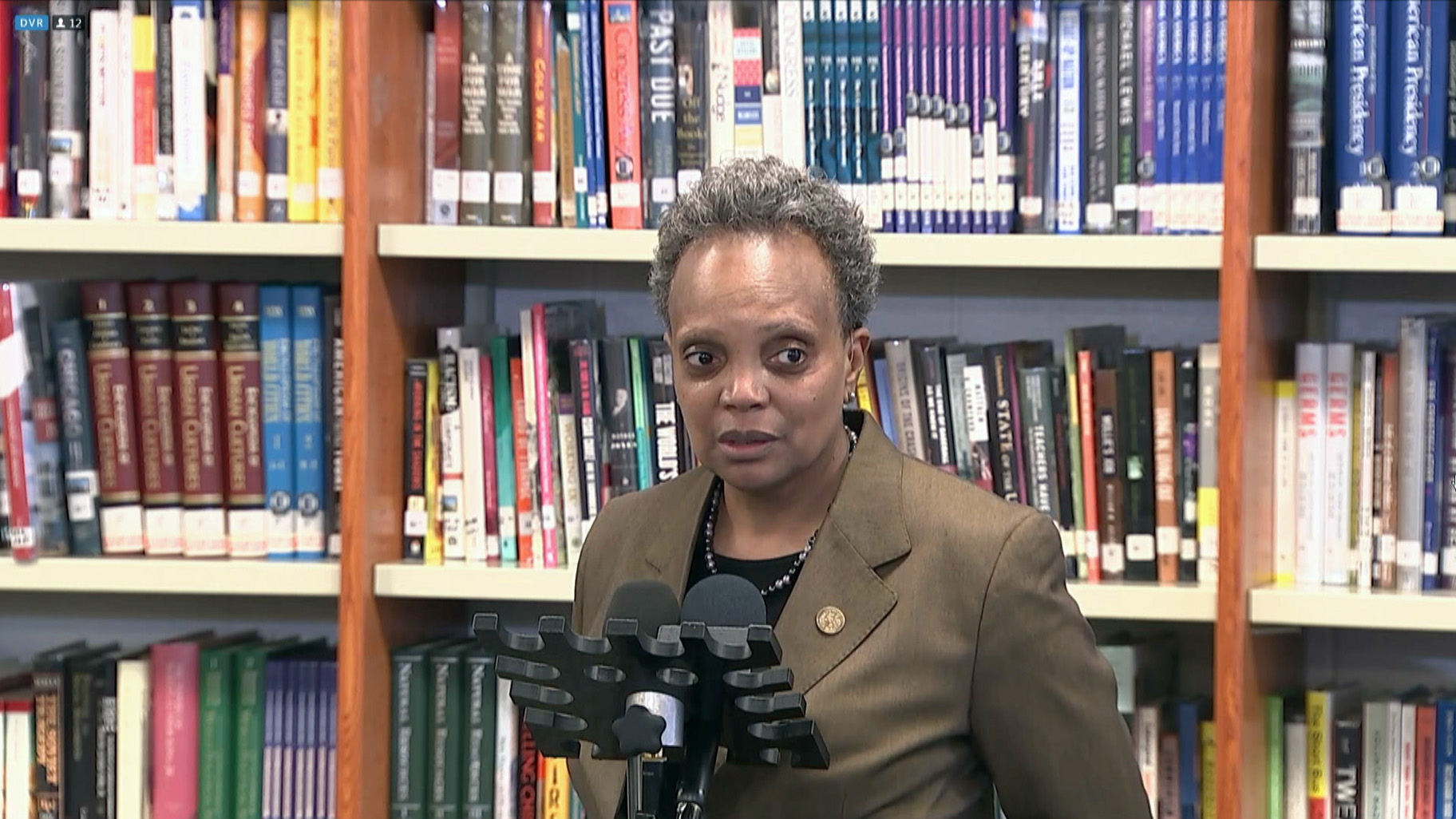 Over the weekend, social media was on fire with unfounded rumors about Mayor Lori Lightfoot—and what was described as her expected resignation.

The mayor responded to those falsehoods with a series of tweets which read in part, “It’s shocking and disappointing to see some media members and verified Twitter handles are peddling this trash as truth.”

1/ Good morning from my mansion in Sauganash.

Seriously, though—our city doesn’t have any time for homophobic, racist and misogynistic rumors, today or any day.

The News Literacy Project, a nonpartisan, nonprofit organization that teaches critical thinking skills in the digital age, advises journalists and news consumers to be judicious.

“Our recommendation is to pause, to slow down because misinformation appeals to our emotions,” said Peter Adams, senior vice president of education at the organization.

“The most important step is to slow down, not amplify anything that isn’t confirmed, and to try to work your way back to the source. So, ask questions about it even if a lot of people are saying it on social media or repeating it on social media—where did it come from and try to figure out if it came from a verified source,” Adams added.

As journalists, there’s an added pressure to not miss a breaking story. But the dean of Northwestern University’s Medill School urges caution.

“The heart of the problem is the battle to get it first, and the battle should be to get it right,” said Dean Charles Whitaker. “As a journalist, you have an obligation to make sure that what you are distributing is accurate.”

“We are in this era where we are pretending somehow that the rules of journalism don’t apply to social media. And that just retweeting absolves us of our responsibility to be accurate and to verify—that we’re not reporting this, we’re just saying it’s out there in the ethos. But essentially by doing that, you are reporting it, but you haven’t applied any of the standards of reporting to what you have just distributed,” said Whitaker.

“It’s journalistic malpractice. We shouldn’t be doing this,” added Whitaker. “We should take a pause. We should take a breath and say, we’re not going to be responsible for pushing out this material that hasn’t been vetted just because it’s coursing around the internet.”

As rumors and misinformation abound on the internet, social media companies have announced measures to curtail disinformation.

“Facebook’s really good at announcing policies and aspirational changes, and then not really doing a good job of actually fulfilling them,” said Adams.

“I think [social media companies] bear significant responsibility for the spread of [misinformation] not only because they built the biggest amplification machines and disinformation networking machines in human history… but also because they profit from the engagement on their platforms,” added Adams.

The number of international homebuyers declined sharply throughout the United States in the past year amidst the global COVID-19 pandemic, according … END_OF_DOCUMENT_TOKEN_TO_BE_REPLACED

Tom Rodeno, 50, a 20-year veteran in representing industrial spaces for Colliers International, based out of the Rosemont office with the title of … END_OF_DOCUMENT_TOKEN_TO_BE_REPLACED

Chicago’s city officials move the deadline for submitting a proposal for the planned casino to October 29, looking for more bidders. Chicago … END_OF_DOCUMENT_TOKEN_TO_BE_REPLACED

A community in western Illinois has officially disbanded its police department over budget concerns. East Galesburg has been without its police … END_OF_DOCUMENT_TOKEN_TO_BE_REPLACED

The officer who died was the first Chicago cop shot and killed in the line of duty this year, Brown said. It's the first line-of-duty shooting … END_OF_DOCUMENT_TOKEN_TO_BE_REPLACED