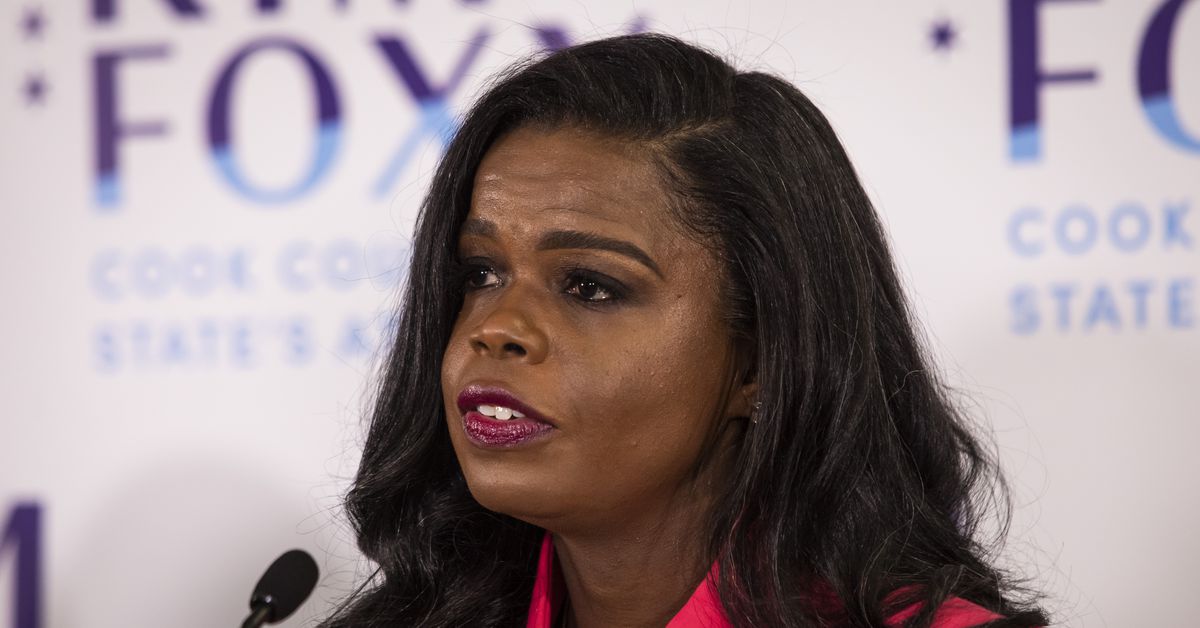 A veteran Cook County prosecutor was placed on administrative leave Friday night because he “failed to fully present the facts” during a bond hearing last week when he didn’t specifically state that 13-year-old Adam Toledo was unarmed at the moment a Chicago police officer shot him, according to State’s Attorney Kim Foxx’s office.

“In court last week, an attorney in our office failed to fully present the facts surrounding the death of a 13-year-old boy,” Foxx spokeswoman Sarah Sinovic said in a statement. “We have put that individual on leave and are conducting an internal investigation into the matter.”

During an April 10 bond hearing describing allegations against 21-year-old Ruben Roman — who was arrested at the scene of Adam’s shooting in Little Village — Assistant State’s Attorney James Murphy told Judge Susana Ortiz that Toledo had a gun in his right hand a moment before he was shot.

“The officer tells [Adam] to drop it as [Adam] turns towards the officer. [Adam] has a gun in his right hand,” Murphy said. “The officer fires one shot at [Adam], striking him in the chest. The gun that [Adam] was holding landed against the fence a few feet away.”

Murphy’s statement matches a portion of what the video of the fatal March 29 shooting shows, but did not specifically note that Adam dropped the weapon and had his hands in the air less than a second before he was shot by the officer.

Chicago news outlets, including the Chicago Sun-Times, reported that Murphy was indicating Adam had a gun in his hand when he was shot.

Murphy will be on paid leave during investigation, Sinovic said.

The state’s attorney’s office has declined to say why it took five days for them to release a statement clarifying Murphy’s outlining of criminal charges, which is known as a proffer.

When they did — hours before footage of the shooting was released to the public by a police oversight agency Thursday — the state’s attorney’s office accused Murphy of “failing to fully inform himself before speaking in court.”

“Errors like that cannot happen and this has been addressed with the individual involved. The video speaks for itself,” Sinovic said Thursday.

In an internal letter to prosecutors Friday night discussing the office’s statement about Murphy, Foxx wrote: “It later because evident that the language of the proffer did not fully reflect all the evidence that had been given to our office.”

On Friday, Sinovic told the Sun-Times that not all of the footage released the day before was available to Murphy when he read the statement during Ruben’s bond hearing, but declined to say what footage was available to the office at that time and who in the state’s attorney’s office had seen it.

“It’s still under investigation what videos were available to [Murphy],” Sinovic said. “We’re still trying to figure out what he had access to when he made the statements in court.”

Sinovic said she could not say, nearly a week after the bond hearing, whether anyone else at the office had read Murphy’s statement before it was read in court and if it was approved by a superior. Nor would she describe the office’s policy for approving statements before they are read in court.

Two sources with knowledge of the investigation told the Sun-Times that Murphy’s proffer had not been approved or read by anyone else in the state’s attorney’s office before it was presented to the judge.

Sinovic stressed that the office did not believe Murphy had lied or knowingly presented inaccurate information to a judge, but were concerned that his statement in court had been misinterpreted because Murphy had failed to “make it clear at what point [Adam] didn’t have the gun.”

In her letter Friday, Foxx appeared acknowledge what sources in the office said is a widespread perception that Murphy “was being thrown under the bus,” as one prosecutor who asked to remain anonymous told a reporter.

“For many of you it may have been jarring to see our statement regarding this matter,” Foxx wrote. “It is indeed a rarity to see the Office make such a public statement related to the actions of an [assistant state’s attorney]. It was not done lightly.”

The number of international homebuyers declined sharply throughout the United States in the past year amidst the global COVID-19 pandemic, according … END_OF_DOCUMENT_TOKEN_TO_BE_REPLACED

Tom Rodeno, 50, a 20-year veteran in representing industrial spaces for Colliers International, based out of the Rosemont office with the title of … END_OF_DOCUMENT_TOKEN_TO_BE_REPLACED

A community in western Illinois has officially disbanded its police department over budget concerns. East Galesburg has been without its police … END_OF_DOCUMENT_TOKEN_TO_BE_REPLACED

The officer who died was the first Chicago cop shot and killed in the line of duty this year, Brown said. It's the first line-of-duty shooting … END_OF_DOCUMENT_TOKEN_TO_BE_REPLACED