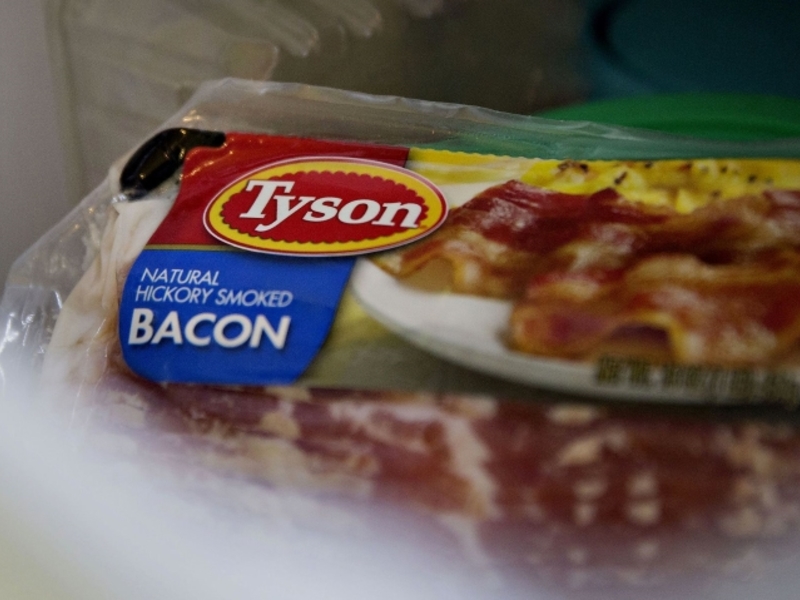 Tyson has about 1,100 employees in the Chicago area, spread across offices in the West Loop, Downers Grove and a production facility, a spokesman said. New employees will need to be vaccinated before their start date, and front-line employees will receive $200 once Tyson verifies their vaccination status.

“We’ll continue to do our best to educate team members about the vaccinations, answer their questions and address their concerns,” a spokesman said in an email. “We’ll also consider requests from team members who asked to be exempt for medical or religious reasons but vaccinations are a condition of employment.”

So far, companies have mostly used bonuses and other incentives to encourage workers to get vaccines. Now, with the delta variant flaring up around the country and threatening disruptions, some are slowly turning to mandates. Walmart Inc., the biggest private employer in the U.S., and Walt Disney Corp. announced vaccination requirements for some employees last week. In another major signal, frontline workers at the U.S. Department of Veterans Affairs will also have to get their shots.

Tyson in a statement Tuesday said all company leadership must be vaccinated by Sept. 24, all in-office workers by Oct. 1 and all other employees by Nov. 1.

“With rapidly rising Covid-19 case counts of contagious, dangerous variants leading to increasing rates of severe illness and hospitalization among the U.S. unvaccinated population, this is the right time to take the next step to ensure a fully vaccinated workforce,” Claudia Coplein, Tyson’s chief medical officer, said in the statement.

Tyson said “almost half” of its workforce has already received a vaccine.

Meat plants, along with nursing homes and prisons, were initial hot spots for the virus outbreak in the first half of 2020. Thousands of workers caught the virus and hundreds died while meat plants shut down, sending prices for beef and pork soaring while prices for animals plummeted. Companies including Tyson tried to stem the outbreaks by installing plastic dividers, hand sanitizer stations and adding medical staff.

The design of slaughterhouses made social distancing difficult, with workers cutting up meat nearly elbow-to-elbow with one another. While plants have avoided a repeat of the shutdowns from a year ago, staffing levels remain below normal. Some businesses that rely on lower-income workers such as restaurants, supermarkets, warehouses and others have so far been shying away from vaccine mandates for fear of exacerbating a labor crunch.

Exceptions to the vaccination mandate will involve workers who seek medical or religious accommodation, Tyson said. Tyson said the issue would be subject to bargaining with unionized workers.

A spokesperson for the United Food and Commercial Workers, which represents thousands of food-plant employees, didn’t immediately reply to a request for comment.

The number of international homebuyers declined sharply throughout the United States in the past year amidst the global COVID-19 pandemic, according … END_OF_DOCUMENT_TOKEN_TO_BE_REPLACED

Tom Rodeno, 50, a 20-year veteran in representing industrial spaces for Colliers International, based out of the Rosemont office with the title of … END_OF_DOCUMENT_TOKEN_TO_BE_REPLACED

Chicago’s city officials move the deadline for submitting a proposal for the planned casino to October 29, looking for more bidders. Chicago … END_OF_DOCUMENT_TOKEN_TO_BE_REPLACED

A community in western Illinois has officially disbanded its police department over budget concerns. East Galesburg has been without its police … END_OF_DOCUMENT_TOKEN_TO_BE_REPLACED

The officer who died was the first Chicago cop shot and killed in the line of duty this year, Brown said. It's the first line-of-duty shooting … END_OF_DOCUMENT_TOKEN_TO_BE_REPLACED