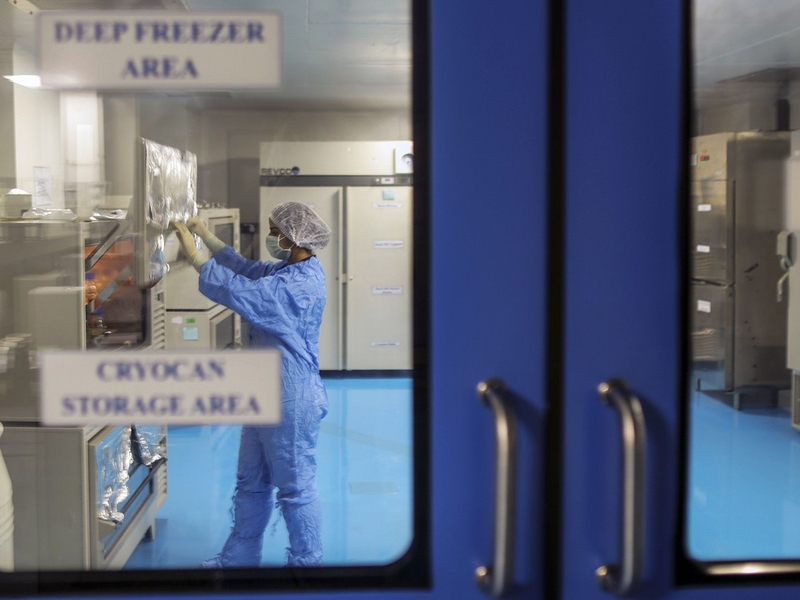 Investors see the higher rents translating into higher property values, which explains why construction projects are moving ahead without tenants lined up. Among the biggest spec builders is IQHQ, a startup that raised $2.6 billion last year to develop laboratory buildings that are breaking ground without signed leases. In April, the firm launched construction of Fenway Center, a $1 billion complex on a platform above Boston’s Interstate 90 with a rooftop view of the famed Red Sox ballpark. The firm isn’t concerned about filling up the space, according President Tracy Murphy.

“We build spec, but we don’t build blind,” Murphy said in an interview from San Diego, where her firm is pouring concrete for a 1.6 million-square-foot waterfront lab complex. “I don’t see any end in sight for money coming in.”

In January, it paid $1.5 billion for a project in Boston’s Fenway neighborhood. The company has 4 million square feet of space under construction — about 1 million of which still hasn’t been leased.

As investors clamor to break ground, there’s a risk of an oversupply of space, said Jeffrey Langbaum, an analyst with Bloomberg Intelligence. Another hazard for developers is that lab space construction can cost as much as 15% more than conventional offices. Science buildings require stronger structures and higher ceilings to accommodate features such as enhanced air filtration. That limits potential other uses for the property if health-industry tenants don’t materialize.

Lab buildings are trading for capitalization rates, a measure of returns for investors, of less than 4%, which is lower than apartment buildings or industrial properties. There’s been cap rate “compression” over the last year amid a surge in investor capital flowing into the sector, according to Sarah Lagosh, managing director in the Boston office of Eastdil.

The recovery of traditional offices is expected to take time as companies call employees back over the next few months. Even then, many firms have said they’ll let people stay home at least part of the time. That’s raised concerns about the future of downtown skyscrapers, while Covid-19 has added to the momentum for life sciences properties.

“The pandemic has pushed life sciences into warp speed,” said Jonathan Varholak, who runs the life sciences team in the Boston office of the real estate firm CBRE. “You can’t do chemistry from home.”

The number of international homebuyers declined sharply throughout the United States in the past year amidst the global COVID-19 pandemic, according … END_OF_DOCUMENT_TOKEN_TO_BE_REPLACED

Tom Rodeno, 50, a 20-year veteran in representing industrial spaces for Colliers International, based out of the Rosemont office with the title of … END_OF_DOCUMENT_TOKEN_TO_BE_REPLACED

Chicago’s city officials move the deadline for submitting a proposal for the planned casino to October 29, looking for more bidders. Chicago … END_OF_DOCUMENT_TOKEN_TO_BE_REPLACED

A community in western Illinois has officially disbanded its police department over budget concerns. East Galesburg has been without its police … END_OF_DOCUMENT_TOKEN_TO_BE_REPLACED

The officer who died was the first Chicago cop shot and killed in the line of duty this year, Brown said. It's the first line-of-duty shooting … END_OF_DOCUMENT_TOKEN_TO_BE_REPLACED