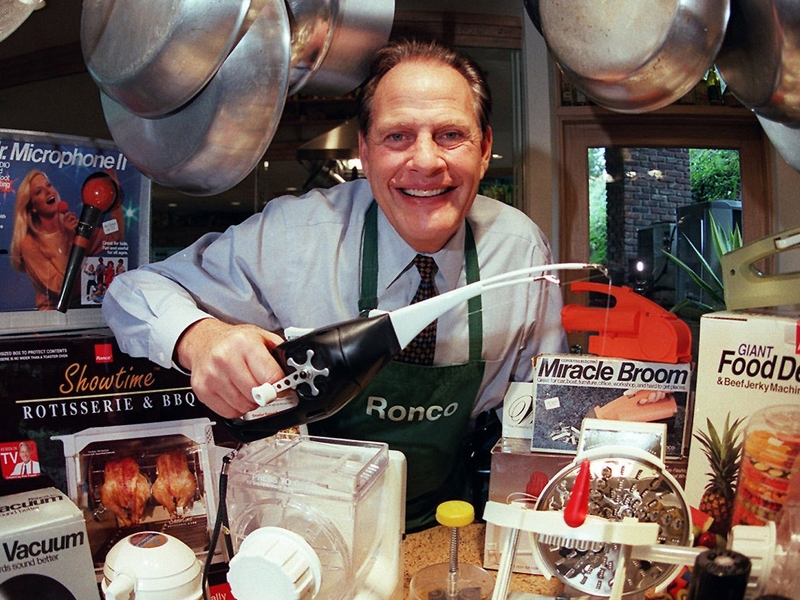 Ron Popeil, the legendary ad man behind such direct-response TV staples as the Veg-O-Matic, Ron Popeil’s Pocket Fisherman, the Inside-the-Egg Scrambler, the Bedazzler and the Cap Snaffler, has died at age 86.

Popeil, an inventor and son of an inventor, practically wrote the lexicon of late-night TV commercials, including such famous selling lines as “Set it and forget it,” “Now how much would you pay?” and “But wait. There’s more!”

According to Popeil’s website, his products have accumulated billions of dollars of sales since the 1950s.

A representative for Popeil confirmed his death to the Associated Press, saying that he’d died “suddenly and peacefully” Wednesday at Los Angeles’ Cedars Sinai Medical Center. No cause of death was disclosed.Born in New York City in 1935, Popeil was the son of kitchen gadget inventor Samuel J. Popeil, who invented, among other things the Veg-O-Matic, also marketed as the Chop-O-Matic.

The number of international homebuyers declined sharply throughout the United States in the past year amidst the global COVID-19 pandemic, according … END_OF_DOCUMENT_TOKEN_TO_BE_REPLACED

Tom Rodeno, 50, a 20-year veteran in representing industrial spaces for Colliers International, based out of the Rosemont office with the title of … END_OF_DOCUMENT_TOKEN_TO_BE_REPLACED

Chicago’s city officials move the deadline for submitting a proposal for the planned casino to October 29, looking for more bidders. Chicago … END_OF_DOCUMENT_TOKEN_TO_BE_REPLACED

A community in western Illinois has officially disbanded its police department over budget concerns. East Galesburg has been without its police … END_OF_DOCUMENT_TOKEN_TO_BE_REPLACED

The officer who died was the first Chicago cop shot and killed in the line of duty this year, Brown said. It's the first line-of-duty shooting … END_OF_DOCUMENT_TOKEN_TO_BE_REPLACED