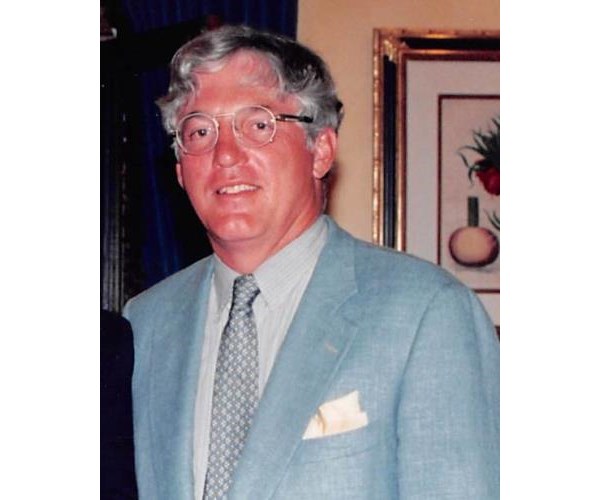 He had a life-force, drive, impish charm, insatiable curiosity and charisma that were hard to resist, friends recall, smiling at the memory of a cackling staccato laugh that would suddenly burst forth amidst the serious conversation he generally favored. Throughout his life he would amaze his family and friends with his vivid imagination and razor-sharp recall of shared history, business connections, names, and long-forgotten games and team-mates from boarding school and college.

Robert had a deep love for his alma maters. At Lake Forest Country Day School, he was the star tailback on the football team that was undefeated and unscored upon for two years, then went off to the Hotchkiss School where he was a three-sport athlete, in football, hockey and lacrosse. At Princeton, he majored in Architecture and Urban Planning, thus beginning a lifelong fascinat io n with architecture and design. He could almost always be found in the Architecture Building late at night, long after the main library had closed, drafting designs, building models, or just talking with friends about the grand themes of life. Following Princeton, he went to work for Urban Investments in Chicago, a shopping center planner and developer, while earning his MBA from the Univers ity of Chicago.

Upon leaving Urban Investments, he formed Broadacre Management Company, named for a futuristic city plan created by Frank Lloyd Wright, launching his career as an independent real estate developer. Under his leadership, Broadacre was an innovative and entrepreneurial organization. “He created an environment for people to flourish, and if they could, they did,” said a former colleague, “He never shied away from big ideas.”

Over the course of his career, Meers’ relentless energy led him to new development projects and renovations around the country, but Chicago was his primary focus. He consistently found creative ways to acquire, finance and repurpose such historic landmarks as the sixteen story Monadnock Building in Chicago’s South Loop, the tallest skyscraper and largest office building in the world when completed in 1891. After Meers and a partner acquired the Burnham & Root/Holabird & Roche-designed building, they undertook a top-to-bottom renovation that was subsequently listed as one of the top restoration projects in the US by the National Trust for Historic Preservation.

In 1984, he purchased Market Square in Lake Forest, Illinois. Designed by Howard Van Doren Shaw and completed in 1916, Market Square is generally recognized as one of the first planned shopping centers in the US with a design that embraced both pedestrian traffic and automobiles. The renovation conceived by Meers and his partners attracted national tenants such as Talbots and Williams Sonoma, who prospered alongside long-tenured local retailers. The offices created above these retail spaces from what used to be run-down apartments proved attractive to local businessmen and women. He gifted the “greensward” to the City of Lake Forest, preserving the park-like space for the community to enjoy in perpetuity.

Meers was a leader in recognizing the historic and economic value of façade easements, preserving the exterior of architectural landmarks while at the same time generating tax credits that enhanced his investors’ returns.

In the late 1980’s, he orchestrated a multi-stage transaction that allowed him to acquire North Pier, an old timber loft building alongside the Ogden Slip in the Streeterville neighborhood of Chicago and redevelop it into a three-story retail and office complex and then later to construct a fifty-stor y apartment tower. Both projects helped transform what used to be industrial and port facilities into a vibrant neighborhood that complemented nearby Navy Pier.

For these and other accomplishments, Meers was honored in Crain’s Chicago Business Forty Under Forty list of up-and-coming Chicago leaders. He was a lifetime trustee of the Chicago History Museum, a former trustee of the Illinois Institute of Technology Institute of Design, and former president of the Princeton Club of Chicago.

Robert Meers was born in Chicago and grew up in Lake Forest, Illinois, the son of Henry W. “Brick” Meers and Evelyn “Huckie” Meers. He is survived by one brother, 4 children, and 6 grandchildren. Robert’s family will carry his memory through the many gifts he gave them; a deep love for skiing, golf, and the outdoors, a passion for history, architecture, and urban design, and a constant desire to learn. A memorial service will be held at the Church of the Holy Spirit. For more details on the memorial, please email [email protected] In lieu of flowers, contributions may be made to Lake Forest Country Day School. Info: Wenban Funeral Home, Lake Forest (847) 234-0022 or www.wenbanfh.com

The number of international homebuyers declined sharply throughout the United States in the past year amidst the global COVID-19 pandemic, according … END_OF_DOCUMENT_TOKEN_TO_BE_REPLACED

Tom Rodeno, 50, a 20-year veteran in representing industrial spaces for Colliers International, based out of the Rosemont office with the title of … END_OF_DOCUMENT_TOKEN_TO_BE_REPLACED

Chicago’s city officials move the deadline for submitting a proposal for the planned casino to October 29, looking for more bidders. Chicago … END_OF_DOCUMENT_TOKEN_TO_BE_REPLACED

A community in western Illinois has officially disbanded its police department over budget concerns. East Galesburg has been without its police … END_OF_DOCUMENT_TOKEN_TO_BE_REPLACED

The officer who died was the first Chicago cop shot and killed in the line of duty this year, Brown said. It's the first line-of-duty shooting … END_OF_DOCUMENT_TOKEN_TO_BE_REPLACED