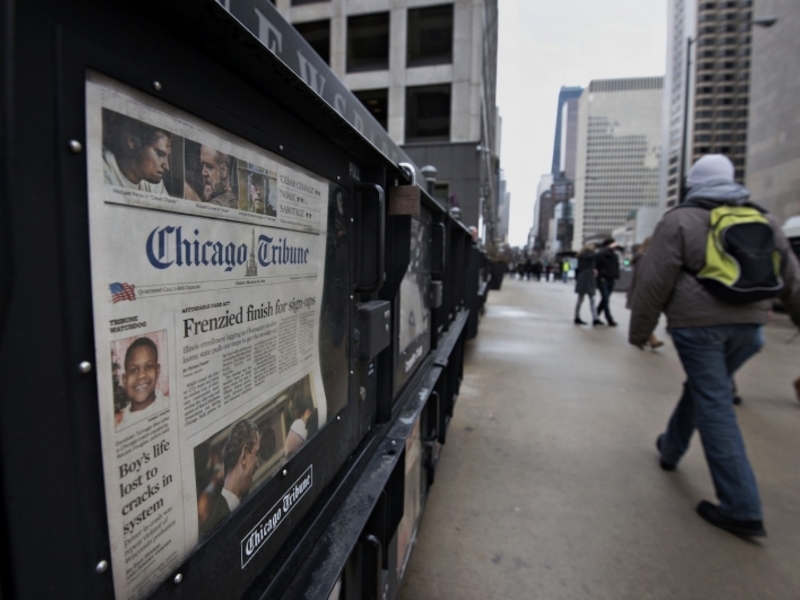 Schmich has been in the newspaper business for about 41 years, she wrote. She came to the Tribune in 1985 and worked as a features writer and national correspondent in Atlanta before starting her column in 1992.

Since then, Schmich has grown a large and loyal following writing about life, growing up in a family of eight kids, the people of Chicago and so much more. She has published books of her columns, and won the Pulitzer Prize for commentary in 2012. She was a Pulitzer finalist twice in 2006 for feature writing and in 2011 for commentary.

In her column, she thanked readers for letting her tell their stories.

“I’ve never written a column that I didn’t wish was better, including this one,” she wrote. “But I’ve done it as well as I knew how, never forgetting, even when I cursed the constant deadlines or felt bad that I couldn’t answer all the email, that there was nothing better than being granted this education and this connection with the world, with all of you.”

Schmich will join dozens of her colleagues leaving the paper in the next week, as columnists, editors and reporters take a buyout offered by the company.

Longtime columnists Heidi Stevens and John Kass are also among their ranks.

Twenty-six of the newsroom’s 110 union-represented employees applied for the buyout. For those whose applications are accepted, their last day will be Friday, unless negotiated otherwise. More than a dozen non-union employees, such as managers and editors, had their last day June 18.

The buyouts were announced in late May, just days after hedge fund Alden Global Capital closed on its acquisition of Tribune Publishing, the paper’s parent company. They were offered to employees in newsrooms across the company.

The is the third buyout offer at the Chicago Tribune since early 2020. Ulike previous rounds that were open only to those who had been at the paper a certain number of years, all full-time newsroom employees were eligible this time.

The cuts were expected. Alden is known for slashing staff count at newsrooms it acquires. The hedge fund became majority shareholder at the company in late 2019 and soon after, the buyouts began.

The number of international homebuyers declined sharply throughout the United States in the past year amidst the global COVID-19 pandemic, according … END_OF_DOCUMENT_TOKEN_TO_BE_REPLACED

Tom Rodeno, 50, a 20-year veteran in representing industrial spaces for Colliers International, based out of the Rosemont office with the title of … END_OF_DOCUMENT_TOKEN_TO_BE_REPLACED

Chicago’s city officials move the deadline for submitting a proposal for the planned casino to October 29, looking for more bidders. Chicago … END_OF_DOCUMENT_TOKEN_TO_BE_REPLACED

A community in western Illinois has officially disbanded its police department over budget concerns. East Galesburg has been without its police … END_OF_DOCUMENT_TOKEN_TO_BE_REPLACED

The officer who died was the first Chicago cop shot and killed in the line of duty this year, Brown said. It's the first line-of-duty shooting … END_OF_DOCUMENT_TOKEN_TO_BE_REPLACED