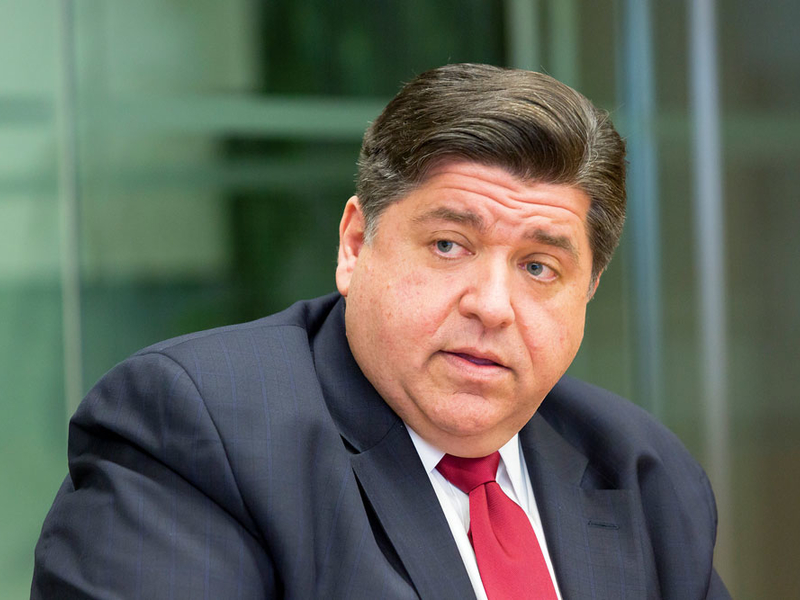 And they asked for it. A coalition of unions representing workers in the energy sector moved last month to front for ComEd in its effort to lock in higher rates and force customers to pay a premium to prevent a couple of nuclear power plants from shutting down. They even hired a former lobbyist for ComEd’s parent company to aid the cause.

ComEd needed the help. After the company’s central role in the landmark public corruption scandal of the last two years, no elected official wants to cozy up to the utility. Supporting union jobs is politically more palatable.

But Pritzker isn’t buying into that calculation, even though his loyalty to the state’s union voters at times seems to have no bounds. He offered his own utility regulation proposal late last month that seeks to protect jobs, yes, but also holds ComEd and its parent company Exelon accountable, not just for the past, but also in the future.

The lawmaking is far from finished. The union-backed effort to sweeten already generous Illinois regulation still is very much alive. Pritzker will need to hold his ground and exert strong leadership in the legislative process in order to thwart the joint ComEd-union effort to enrich the big utility and protect union jobs, with millions of ComEd customers paying the bills.

Pritzker has a strong proposal, though, thanks in part to some deft leadership by Christian Mitchell, deputy governor for public safety, infrastructure, energy and environment. Beginning last August, Mitchell led an inclusive process to write a sophisticated and comprehensive bill designed to modernize utility regulation, punish ComEd for its illegal efforts to manipulate legislation under former House Speaker Michael Madigan and take steps toward a future of clean energy.

The bill itself is 900 pages. With each comma and codicil, billions can be at stake. A more digestible summary runs eight pages. Single spaced. In small type.

The highlights include: phasing out coal by 2030; keeping Exelon’s Byron and Dresden nuke plants operating, at a cost to ratepayers of “only” about $350 million over five years; and requiring extensive audits, including one of ComEd’s investment in its electricity grid since the company’s larcenous “Smart Grid” program passed into law in 2011.

Passage of that law, plus a 2016 rate hike, both benefited from ComEd’s aforementioned illegal influence peddling. And while the ComEd-backed “Climate Union Jobs Act” seeks to perpetuate some features of the Smart Grid program—while claiming it does the opposite—the Pritzker bill seeks to restore the Illinois Commerce Commission’s say over utility infrastructure spending and rates. It also seeks full restitution to ComEd customers from any illegal conduct.

Pritzker until now consistently has sided with unions on everything from pensions to an elected school board for Chicago. With this first major from them, he may now learn the benefits of drafting common-sense legislation that benefits a far broader population of electricity customers.

The bill also marks a departure from a relatively timid posture Pritzker previously has taken on contentious matters. On redistricting, he never did define what a “fair map” must look like before declaring last month he essentially will sign whatever the legislature hands him.

On ethics reform, Pritzker has laid out limitations on lobbying and called for an end to the revolving door into lobbying for former lawmakers. But he has been long on applause lines and short on specifics in public comments so far.

Now comes the pending tussle ahead of the legislature’s scheduled May 31 adjournment. For his proposal to remain intact, Pritzker will need to show skill in leading the legislature against strong resistance.

Victory on behalf of consumers and accountability for ComEd are far from assured. But at least Pritzker is staking out a strong position—and taking on the fight.

The number of international homebuyers declined sharply throughout the United States in the past year amidst the global COVID-19 pandemic, according … END_OF_DOCUMENT_TOKEN_TO_BE_REPLACED

Tom Rodeno, 50, a 20-year veteran in representing industrial spaces for Colliers International, based out of the Rosemont office with the title of … END_OF_DOCUMENT_TOKEN_TO_BE_REPLACED

Chicago’s city officials move the deadline for submitting a proposal for the planned casino to October 29, looking for more bidders. Chicago … END_OF_DOCUMENT_TOKEN_TO_BE_REPLACED

A community in western Illinois has officially disbanded its police department over budget concerns. East Galesburg has been without its police … END_OF_DOCUMENT_TOKEN_TO_BE_REPLACED

The officer who died was the first Chicago cop shot and killed in the line of duty this year, Brown said. It's the first line-of-duty shooting … END_OF_DOCUMENT_TOKEN_TO_BE_REPLACED