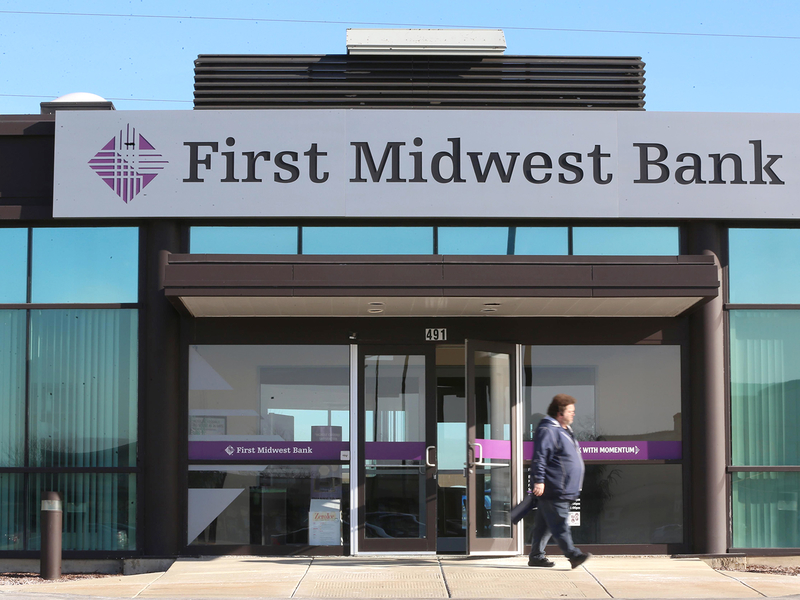 It’s a testament to the desire of many Chicago businesses and residents to bank with a truly local institution that Wintrust is among the top five in local deposit market share. Chicago-based Northern Trust, which isn’t really a business bank and instead caters to the investment needs of the wealthy and institutions, is also in the top five. The three others are JPMorgan Chase (by virtue of taking out Bank One in 2004), BMO Harris Bank (a unit of Toronto-based BMO Financial Group) and Bank of America (thanks to the LaSalle deal).

Wehmer says he’s not seeking a buyer, but he acknowledges the reality of running a publicly traded company. “We’re in no rush to do anything,” he says. “We’re not for sale. If someone makes an offer we can’t refuse, we’d have to take it.”

Thankfully for Chicago’s banking future, acquisitive banks aren’t making those kinds of offers these days. In vogue now are no- or low-premium deals like the one First Midwest accepted from Old National, which entail less brutal cost-cutting to justify the high price tag and are presented as “win-win” combinations for workers, customers and affected communities.

But in First Midwest’s case, it’s difficult to see the strategy behind this transaction even though it creates a bank the size of Wintrust. First Midwest and Old National hardly compete with each other. Old National’s strongest market is its hometown; other markets where it’s either No. 1 or No. 2 are smaller Indiana municipalities like Terre Haute and Jasper. It has a presence in Minneapolis, Milwaukee and Indianapolis but has the equivalent impact in those places that First Midwest does in far larger Chicago.

Old National CEO Ryan and his First Midwest counterpart Mike Scudder, who will become executive chairman, say they’re creating a premier Midwestern bank. But most bank deals—even so-called mergers of equals—strive to become more powerful players in at least some of the affected markets. That’s not happening here. And, with the First Midwest brand being erased, the new Old National will have to rebrand in by far the most expensive market it’s in—Chicago. First Midwest spent $11.5 million on advertising and promotions in 2019, and that dropped modestly to $10 million in the pandemic year.

Old National’s lending standards are more conservative than First Midwest’s. Said Ryan on a June 1 call with analysts to discuss the deal, “I think we can afford to take more risk on our side.” But where will credit decisions be made? And how will they change? How that’s resolved often sends more business borrowers looking for alternatives than any change other than their personal banker leaving for a rival.

Scudder dismissed questions about the rationale behind the deal and said the two banks are extraordinarily similar culturally. “Culture will outstrip strategy any time,” he told analysts.

The two CEOs may like each other, but the most important issue facing the new Old National is succeeding in Chicago, which suddenly will be its biggest and most important market and is one of the most competitive and fragmented in the country. “These are two different banks who’ve competed in very different markets,” says Terry McEvoy, analyst at Stephens in Portland, Maine.

For years, Old National CEO Bob Jones, whom Ryan succeeded in 2019, said repeatedly he had no desire to enter the Chicago market because of its size and brass-knuckled ways. Asked what changed, Ryan told analysts that First Midwest was a rare opportunity and that Chicago has many small businesses and suburban marketplaces with which Old National is familiar. “Somebody recently asked us, how do you guys plan to be a Midwest powerhouse with no Chicago presence?” Ryan said. “I thought it was a pretty interesting question, right?”

If a low-premium merger was what Scudder was after on his exit from the banking industry, there likely was another much different, but potentially more value-creating, option available: teaming up with Wintrust and creating a true Chicago powerhouse that could go toe-to-toe with Chase, BMO and any other lender in town, according to industry observers. That, however, would have entailed substantial cost-cutting and job loss given the overlap between the two. This gives Scudder a three-year employment deal as executive chairman where he’s likely to clear $5 million or more annually and the ability now to reassure the vast majority of his employees their jobs are secure.

Whether that creates a premier Midwestern bank is an open question.

The number of international homebuyers declined sharply throughout the United States in the past year amidst the global COVID-19 pandemic, according … END_OF_DOCUMENT_TOKEN_TO_BE_REPLACED

Tom Rodeno, 50, a 20-year veteran in representing industrial spaces for Colliers International, based out of the Rosemont office with the title of … END_OF_DOCUMENT_TOKEN_TO_BE_REPLACED

Chicago’s city officials move the deadline for submitting a proposal for the planned casino to October 29, looking for more bidders. Chicago … END_OF_DOCUMENT_TOKEN_TO_BE_REPLACED

A community in western Illinois has officially disbanded its police department over budget concerns. East Galesburg has been without its police … END_OF_DOCUMENT_TOKEN_TO_BE_REPLACED

The officer who died was the first Chicago cop shot and killed in the line of duty this year, Brown said. It's the first line-of-duty shooting … END_OF_DOCUMENT_TOKEN_TO_BE_REPLACED