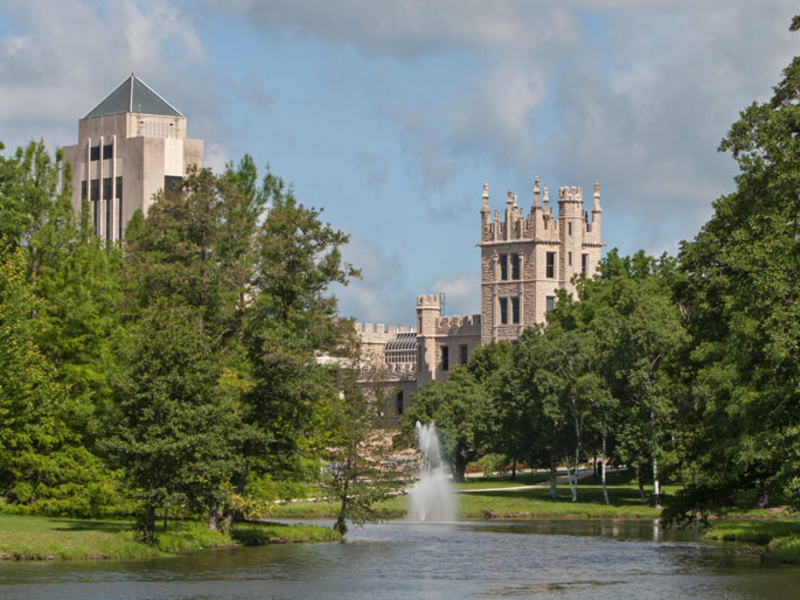 Yet Northern Illinois University saw improved headcount in the current academic year, the first gain since 2009. The university said it’s partly due to greater retention of black, Latino and Asian students and its push to recruit more minority students. The freshman class for the 2020-2021 academic year grew 7.9% from a year earlier, and overall headcount, including undergraduate and graduate students, increased 1% to 16,769, according to bond documents.

It’s not only in contrast to the national trend. It’s a reversal from its own history: The university’s total enrollment fell nearly 13% from 2016 to 2019, bond documents show.

Increasing enrollment and keeping graduating high-school seniors in-state is important for Illinois, which on Monday lost a seat in the U.S. House of Representatives because of its ongoing population decline. The state has seen more and more college-bound students leave to earn degrees in neighboring states and not come back. Governor J.B. Pritzker on Monday said retaining more college students is a key to reversing the state’s outmigration.

About 44% of the students at Northern Illinois, one of 12 four-year public universities in the state, are minorities and 52% are first generation college students, according to the school. Northern has increased hiring of minority faculty to improve recruitment and retention of minority students. The school wants to boost undergraduate Hispanic students by at least 9% annually and reduce equity gaps, which measure differences in retention and graduation rates, for black freshmen to 10% or less by fall 2023, according to its five-year Student Enrollment Plan.

“I think they are trying to pitch some of the impact investors,” John Ceffalio, senior municipal research analyst for CreditSights Inc., said in an interview. “It’s smart that universities recruit from a growing demographic.”

Ceffalio cautioned that funds backing the bonds include gross revenues from facilities such as the student center and sports facilities; tuition also backs the bonds after paying operations and maintenance of the university.

The focus on minority student recruitment and retention “would certainly be viewed as a positive” factor for ESG-focused investors, said Eric Friedland, director of research for Lord Abbett & Co.

“Although there does not seem to be any meaningful pricing impact for those issuers that score high on ESG at this point, I believe that with more investors focused on ESG, that day will come,” Friedland said in an email Monday.

The deal was 16 times oversubscribed, exceeding internal expectations, Sarah Chinniah, the university’s chief financial officer, said in an interview on Tuesday. About $85 million of $1.59 billion of orders were from socially conscious ESG bond buyers, according to information underwriters provided to the university, located about 60 miles outside Chicago in a largely rural region.

“The interest was high,” Chinniah said. “That really speaks to our success.” Investors see value in a diverse student body that reflects the nation, she said.

The spread over benchmark AAA securities ranged from 45 basis points for debt due in 2025 to 77 basis points for debt due in 2043, according to the university. That’s lower than a preliminary pricing wire viewed earlier by Bloomberg. The true interest cost for the bonds is 2.7% and the sale will result in savings of about $77 million by reducing payments the university was making for the residence halls at higher interest rates.

Moody’s incorporates the university’s “ongoing credit challenges marked by continually narrow operating results, an intensely competitive student market and high reliance on state appropriations,” according to an April 13 report. But it also takes note of stable enrollment after the prolonged declines in student numbers.

The number of international homebuyers declined sharply throughout the United States in the past year amidst the global COVID-19 pandemic, according … END_OF_DOCUMENT_TOKEN_TO_BE_REPLACED

Tom Rodeno, 50, a 20-year veteran in representing industrial spaces for Colliers International, based out of the Rosemont office with the title of … END_OF_DOCUMENT_TOKEN_TO_BE_REPLACED

A community in western Illinois has officially disbanded its police department over budget concerns. East Galesburg has been without its police … END_OF_DOCUMENT_TOKEN_TO_BE_REPLACED

The officer who died was the first Chicago cop shot and killed in the line of duty this year, Brown said. It's the first line-of-duty shooting … END_OF_DOCUMENT_TOKEN_TO_BE_REPLACED