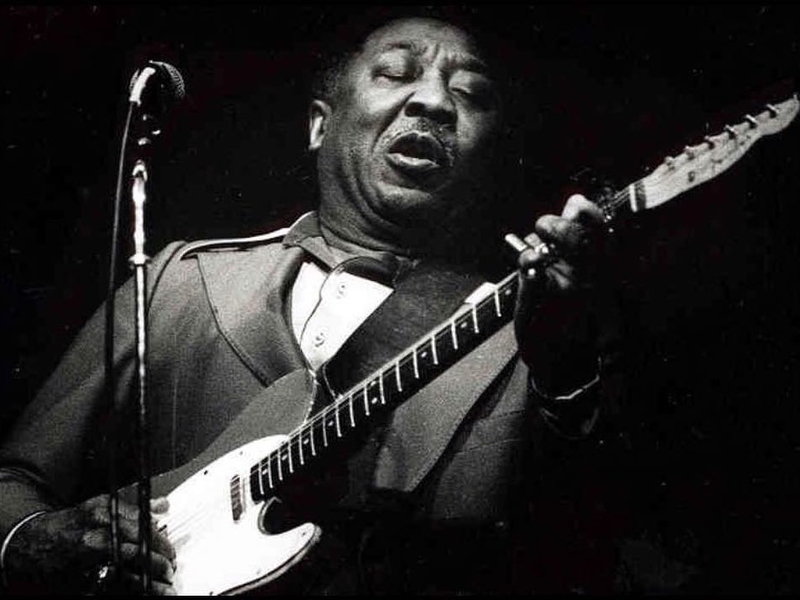 McKinley Morganfield, whose stage name was Muddy Waters, bought the North Kenwood two-flat in 1954 and lived there until he moved to Westmont in the 1970s. It’s still owned by his family, now in the hands of Chandra Cooper, the musician’s great-granddaughter, who plans to rehab the building and turn it into the Muddy Waters Mojo Museum.

The drive to consider making the blues legend’s home the city’s next Black history landmark comes as Chicago officials are also debating how to honor the legacy of the city’s Black pioneer Jean Baptiste Point DuSable.

According to the landmarks commission, Muddy Waters and his family lived on the first floor, and people who stayed at various times in the second-floor apartments included musicians Howlin’ Wolf, Chuck Berry and Otis Spann.

“Due to the family’s open-door hospitality, the building was a routine gathering place for Chicago blues royalty,” the landmarks commission’s agenda announcement reads. “On warm summer days, basement rehearsals would sometimes move to the front yard and porch, treating the entire neighborhood to impromptu live performances.”

“This uniquely significant structure was an epicenter of Chicago’s contributions to modern blues, serving as Muddy Waters’ home for nearly two decades and providing temporary lodging and rehearsal space for countless household names that defined the art form” Mayor Lori Lightfoot said in prepared comments that were issued with the commission’s agenda.

The landmarking effort was initially supposed to launch May 27 with a press conference in front of the house, but King intervened late last week and said she wanted to gather community input.

At the time, Cooper, the musician’s great-granddaughter, complained that King was needlessly slowing down the landmarking process.

“We all have the same goal, getting this home landmarked,” King said earlier this week. Her meeting seemed likely to postpone the landmarks commission’s consideration for an unknown number of months.

The number of international homebuyers declined sharply throughout the United States in the past year amidst the global COVID-19 pandemic, according … END_OF_DOCUMENT_TOKEN_TO_BE_REPLACED

Tom Rodeno, 50, a 20-year veteran in representing industrial spaces for Colliers International, based out of the Rosemont office with the title of … END_OF_DOCUMENT_TOKEN_TO_BE_REPLACED

Chicago’s city officials move the deadline for submitting a proposal for the planned casino to October 29, looking for more bidders. Chicago … END_OF_DOCUMENT_TOKEN_TO_BE_REPLACED

A community in western Illinois has officially disbanded its police department over budget concerns. East Galesburg has been without its police … END_OF_DOCUMENT_TOKEN_TO_BE_REPLACED

The officer who died was the first Chicago cop shot and killed in the line of duty this year, Brown said. It's the first line-of-duty shooting … END_OF_DOCUMENT_TOKEN_TO_BE_REPLACED