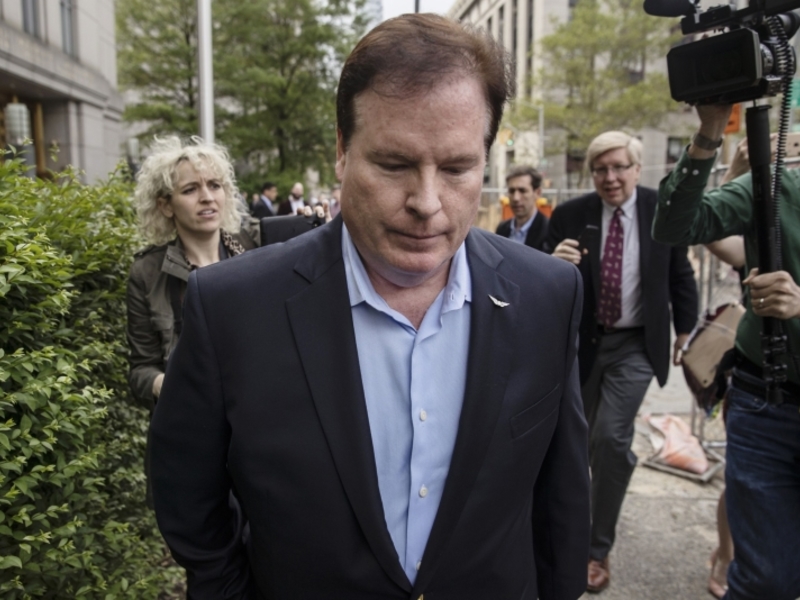 The government claims Calk used the loans to Manafort as a bribe for help in landing a spot as an adviser on Donald Trump’s presidential campaign and, later, for a top job in the Trump administration. Calk told Manafort he would be interested in one of a number of senior government jobs, including Secretary of the Treasury, Commerce or Defense. He also said he’d be interested in an ambassadorship to one of 19 countries, led by the U.K. and France.

Calk, the founder and longtime chief executive of Federal Savings Bank, failed to win a post in the Trump administration. He did get an interview, at Trump Tower, for the job of undersecretary of the Army with Manafort’s backing, but wasn’t selected.

Calk’s lawyer, Paul Schoeman, blamed Manafort for lying to the bank about his finances, to make it more likely he would get the money. And he said a salesman who brokered the loan cast Manafort in a positive light, hoping for a commission on the deal.

“This is not a sweetheart deal,” Schoeman said. “He loved these loans. He thought they were good for his bank based on what he was told and what he knew.”

Schoeman told jurors that Trump’s name will come up frequently during the trial.

“Some people like him, some people don’t,” he said. “Don’t let that influence you in this case.”

Among the witnesses set to testify against Calk are Anthony Scaramucci, the Skybridge Capital founder who spent 11 days as White House communications director, before being fired after making a profanity-laced phone call trashing others in the White House to a reporter for The New Yorker. Scaramucci is expected to testify about Manafort’s efforts to promote Calk.

The number of international homebuyers declined sharply throughout the United States in the past year amidst the global COVID-19 pandemic, according … END_OF_DOCUMENT_TOKEN_TO_BE_REPLACED

Tom Rodeno, 50, a 20-year veteran in representing industrial spaces for Colliers International, based out of the Rosemont office with the title of … END_OF_DOCUMENT_TOKEN_TO_BE_REPLACED

Chicago’s city officials move the deadline for submitting a proposal for the planned casino to October 29, looking for more bidders. Chicago … END_OF_DOCUMENT_TOKEN_TO_BE_REPLACED

A community in western Illinois has officially disbanded its police department over budget concerns. East Galesburg has been without its police … END_OF_DOCUMENT_TOKEN_TO_BE_REPLACED

The officer who died was the first Chicago cop shot and killed in the line of duty this year, Brown said. It's the first line-of-duty shooting … END_OF_DOCUMENT_TOKEN_TO_BE_REPLACED