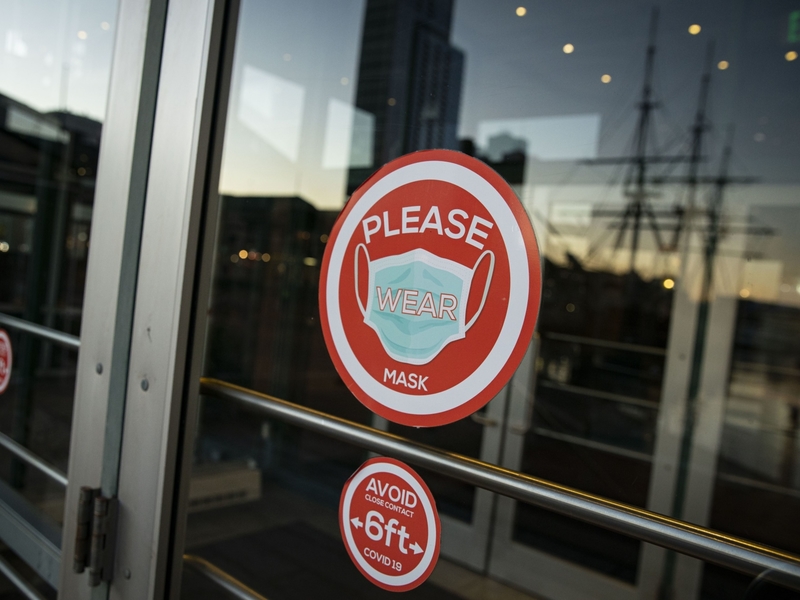 But Lightfoot disagrees, pointing to the fact that many people still have not been vaccinated.

“It’s not that I don’t trust (the CDC). I do,” Lightfoot said at an unrelated press conference this afternoon.  “But I think their guidance last week regarding masks has people confused…We need clarification.”

There’s no way to tell in a crowd who has and has not been vaccinated, Lightfoot added. “I’m going to wear my mask,” and for the time being Chicagoans should, too.

Asked if that might change if and when the city hits the Phase 5 total reopening mark, something that could happen as soon as June 11, Lightfoot declined to commit herself.

“We still have a long way to go to hit the critical mass (of vaccinations) or herd immunity,” with only about 37 percent of Chicagoans fully vaccinated, Lightfoot said. “I don’t want people to have false confidence.”

Lightfoot made similar comments earlier in the day in an interview on MSNBC, echoing comments from other officials that the CDC switched gears a little too quickly.

“To say, ‘If you’re vaccinated, you don’t have to wear a mask,’ that’s great. But what about all of the other people who are out there that aren’t vaccinated?” she asked. “There’s no way to know that. So I think for the time being, most people are gonna continue to wear masks outside of their homes.”

“Without a state mask mandate, our essential workers and businesses, who have been foundational to ensuring services remain open for everyone during this pandemic, lose the power to enforce masking indoors, and have to rely on an honor system for masking, a system that is easily exploited,” according to the letter from the coalition of physicians and health professionals.

With nearly 38 percent of Illinoisans fully vaccinated, the letter says that prematurely lifting mask mandates “will place many of Illinois’ most vulnerable members at risk”—including children under 12, who are not yet eligible for shots.

Meanwhile, Lightfoot, who hits the second anniversary of her inauguration later this week, said she’ll have a lot more to say about her record as the week goes on, but declared that, “I work my tail off for the people of Chicago.”

Given the combination of COVID and civil unrest after the George Floyd shooting, “I’ve done a heck of a lot – and if we weren’t in mixed company, I’d use a different word.”

The number of international homebuyers declined sharply throughout the United States in the past year amidst the global COVID-19 pandemic, according … END_OF_DOCUMENT_TOKEN_TO_BE_REPLACED

Tom Rodeno, 50, a 20-year veteran in representing industrial spaces for Colliers International, based out of the Rosemont office with the title of … END_OF_DOCUMENT_TOKEN_TO_BE_REPLACED

Chicago’s city officials move the deadline for submitting a proposal for the planned casino to October 29, looking for more bidders. Chicago … END_OF_DOCUMENT_TOKEN_TO_BE_REPLACED

A community in western Illinois has officially disbanded its police department over budget concerns. East Galesburg has been without its police … END_OF_DOCUMENT_TOKEN_TO_BE_REPLACED

The officer who died was the first Chicago cop shot and killed in the line of duty this year, Brown said. It's the first line-of-duty shooting … END_OF_DOCUMENT_TOKEN_TO_BE_REPLACED