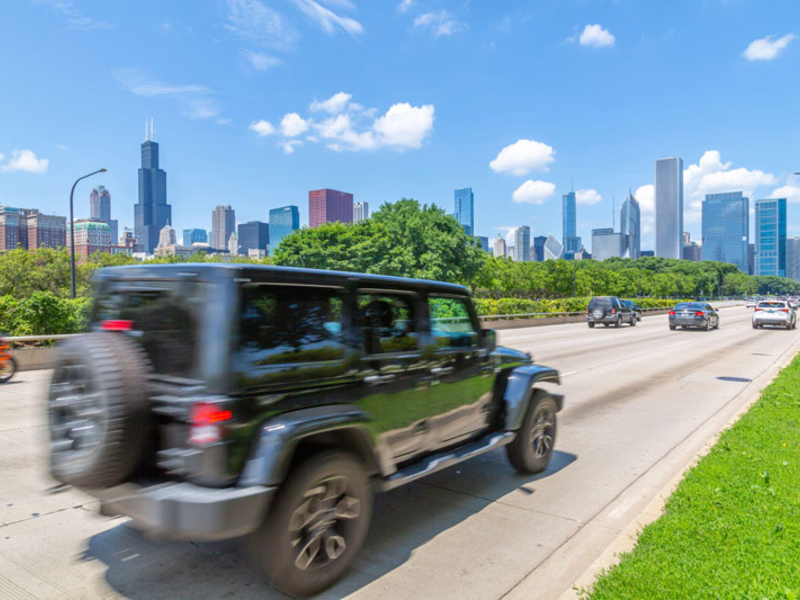 DuSable, a Haitian immigrant, set up a trading post in the late 1700s at the nexus of Lake Michigan and the Chicago River. He eventually sold his land to French-Canadian fur trapper Jean La Lime, who then flipped it to John Kinzie. He is the namesake of DuSable High School, the DuSable Museum of African American History, DuSable Harbor and a bridge downtown.

A final deal to rename the roadway came together after months of fits and starts. A proposal to change the roadway to DuSable Drive was poised for a final vote two times, but delayed by parliamentary maneuvering and amid growing tensions between the mayor and members of the Council. Ald. Sophia King, 4th, and Ald. David Moore, 17th, the co-sponsors of the name change, have both expressed frustration at the administration’s handling of the issue.

In May, Ald. Brian Hopkins, 2nd, and Ald. Ariel Reboyras, 30th, moved to delay the vote for at least a month. That gave Mayor Lori Lightfoot time to push her $40 million alternative plan that would honor both DuSable and his Potawatomi wife, Kitihawa, with new public art, an annual festival, and the final fixing up of DuSable Park near the old Spire site.

Pushback against the name change has centered around the potential cost to those with outer Lake Shore Drive addresses, and altering one of the city’s most well-known attractions.

“It’s one of the most iconic assets the city has,” Lightfoot said last month. “When you say ‘Lake Shore Drive,’ people know you’re talking about Chicago, and I think that’s very important.”

During floor debate, Ald. King said changing the name of such an iconic road would send a significant message about the city’s priorities.

“What’s in a name?” Ald. Sophia King asked during a brief City Council debate. “Names have significant meaning. It’s one of the first things we do when we welcome a child to this world… it’s been argued not to change LSD because it’s so iconic. I argue just the opposite: let’s change it because it is so iconic.”

Her administration eventually pushed a compromise, combining DuSable’s name with the existing one. Black Heroes Matter Coalition, who had been lobbying heavily for the change, agreed to the plan under the condition the council voted on the measure Friday.

The number of international homebuyers declined sharply throughout the United States in the past year amidst the global COVID-19 pandemic, according … END_OF_DOCUMENT_TOKEN_TO_BE_REPLACED

Tom Rodeno, 50, a 20-year veteran in representing industrial spaces for Colliers International, based out of the Rosemont office with the title of … END_OF_DOCUMENT_TOKEN_TO_BE_REPLACED

Chicago’s city officials move the deadline for submitting a proposal for the planned casino to October 29, looking for more bidders. Chicago … END_OF_DOCUMENT_TOKEN_TO_BE_REPLACED

A community in western Illinois has officially disbanded its police department over budget concerns. East Galesburg has been without its police … END_OF_DOCUMENT_TOKEN_TO_BE_REPLACED

The officer who died was the first Chicago cop shot and killed in the line of duty this year, Brown said. It's the first line-of-duty shooting … END_OF_DOCUMENT_TOKEN_TO_BE_REPLACED