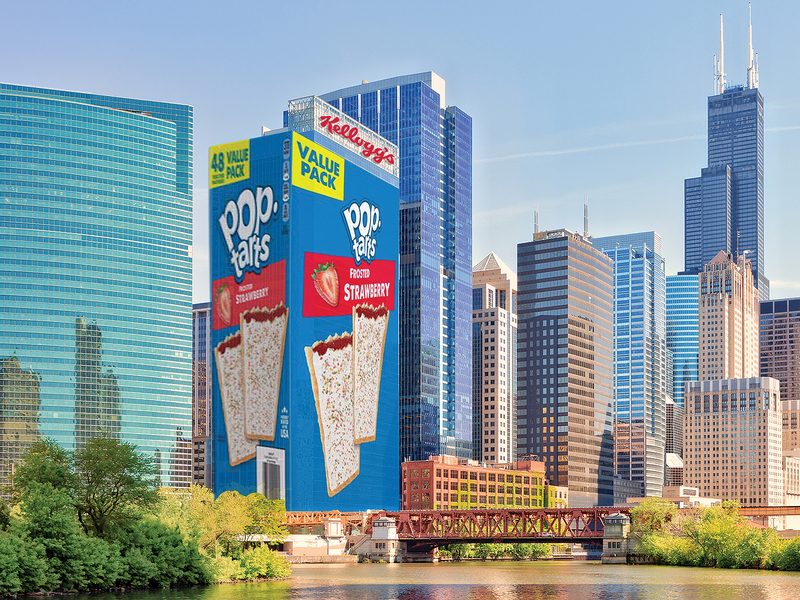 If asked, many people could name the headquarters city of cereal giant Kellogg—Battle Creek, Mich.

But the Pop-Tarts- and Corn Flakes-maker’s CEO and at least one other top executive own multimillion-dollar homes in Chicago. In 2018, CEO Steven Cahillane paid more than $5.62 million for a five-bedroom mansion in Lincoln Park, and Chief Growth Officer Monica McGurk bought a house in Winnetka for $2.05 million, according to Cook County Clerk’s Office records. McGurk oversees teams that include research and development, marketing and sales.

Does that make Kellogg a Chicago-based company? Those who believe a company’s headquarters is wherever the CEO is might say yes. Kellogg would disagree. A spokeswoman says most of Kellogg’s U.S. executives, including Cahillane, are based in Battle Creek, where the company was founded 115 years ago.

A company’s home base has become harder to pinpoint with the pandemic-driven rise in remote work. Although conversations about the topic tend to focus on mid- and lower-level employees, Kellogg’s situation shows that top brass sometimes prefer to spend time someplace other than the company’s hometown.

An emerging “virtual C-suite” is chipping away at long-standing expectations that senior executives will cluster together in a traditional corporate headquarters. That means companies hoping to recruit the best leaders might have to let them live and work where they want. And if they prefer cosmopolitan hubs of commerce and culture, cities like Chicago could have an edge over smaller locales like Battle Creek.

“Companies are more open than ever to getting the right talent, regardless of where they live,” says Paul Reaumond, vice chairman at commercial real estate firm CBRE. “That still holds true at an executive level.”

Having remote executives, along with many employees’ desire to maintain some form of flexibility in where they work, could present challenges as companies figure out the new role of the headquarters. Companies know that their headquarters must be a place that people want to come back to, and they’re trying to figure out what that means, Reaumond says.

The work-from-home culture has “infiltrated” companies, and the long-term repercussions of a hybrid workplace are unknown, says executive recruiter Peter Crist.

“To me, the pendulum swing on the cultural elements will be dramatic if you allow a work-from-home environment to really dominate your culture,” he says. “I just don’t see how you create a vibrant culture if human beings aren’t close to one another. I just don’t see it.”

Crist acknowledges that his viewpoint may be considered old-fashioned in a post-pandemic world, but he worries about what will happen with companies that don’t get the balance right. Without a strong workplace culture, turnover could accelerate, he warns.

Creating and maintaining a company’s culture is one of the most important responsibilities of senior management. A CEO who works remotely may find it harder to influence culture. And the example of a remote-working CEO may inspire underlings to follow suit, further loosening cultural connections.

Kellogg has operations and offices around the world, and most of its office-based employees remain remote, according to spokeswoman Kris Bahner. “Once we do return to the office, we will continue to promote flexible work, with the expectation that employees spend at least half of their time in the office,” she says in the statement.

The company is also consolidating its Chicago-area offices. Outposts in Elmhurst and Oak Brook will be consolidated at a new location in Naperville. An office in Merchandise Mart is set to move into 410 N. Wells St., the headquarters of RxBar, which Kellogg acquired in 2017. RxBar and Kellogg also have innovation spaces at the Hatchery, an East Garfield Park food incubator.

The company declines to comment on how many employees are based in the Chicago area or how much time executives spend here. Noting that Kellogg recently invested almost $30 million in Battle Creek facility improvements, Bahner says “there are no plans to establish a second headquarters location.”

Megamergers in the packaged-foods industry raise thorny questions about headquarters locations. For example, when Heinz merged with Kraft in 2015, the combined company decided to maintain dual headquarters in Chicago and Pittsburgh, despite ongoing cost-cutting efforts. Heinz got its start in Pittsburgh about 150 years ago. There’s a Heinz History Center there, with a recipe book from 1869 and larger-than-life ketchup displays.

“They have not abandoned Pittsburgh because of the ties with Heinz,” says Erin Lash, director of consumer equity research at Morningstar. “It is very intriguing the extent to which that heritage has continued to persist in (the consumer packaged-goods industry) for so long.”

If a brand still has a presence in the place it was founded, it should hold on to that, Roese says. His advice to such companies: “Keep some kind of a presence there so you can keep telling that story,” he says. “Even if you can say it’s only symbolic.”

The number of international homebuyers declined sharply throughout the United States in the past year amidst the global COVID-19 pandemic, according … END_OF_DOCUMENT_TOKEN_TO_BE_REPLACED

Tom Rodeno, 50, a 20-year veteran in representing industrial spaces for Colliers International, based out of the Rosemont office with the title of … END_OF_DOCUMENT_TOKEN_TO_BE_REPLACED

A community in western Illinois has officially disbanded its police department over budget concerns. East Galesburg has been without its police … END_OF_DOCUMENT_TOKEN_TO_BE_REPLACED

The officer who died was the first Chicago cop shot and killed in the line of duty this year, Brown said. It's the first line-of-duty shooting … END_OF_DOCUMENT_TOKEN_TO_BE_REPLACED