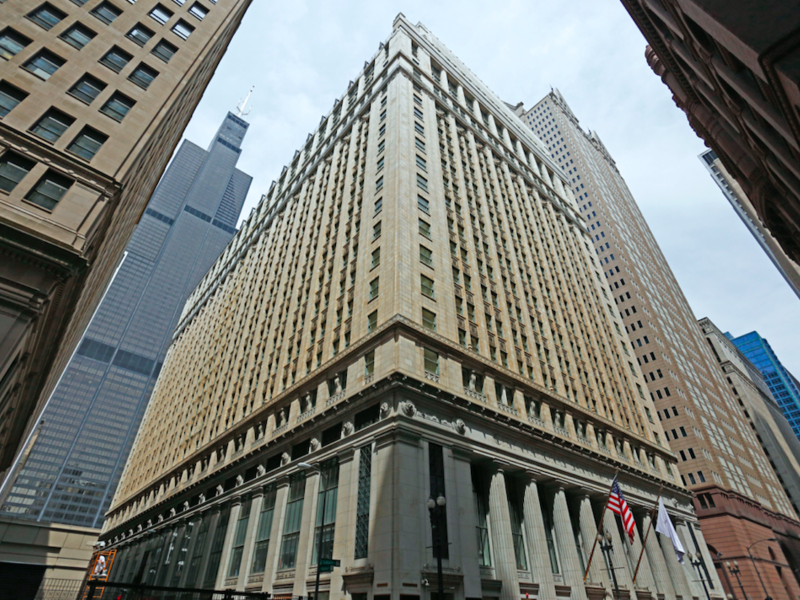 The complaint is one of the largest and highest-profile foreclosure suits filed against owners of Chicago-area hotels since the start of the COVID-19 pandemic, which flattened travel demand and has raised questions about whether group and corporate travel business will ever come back as strong. The owners of the Palmer House Hilton Chicago, the Hotel Felix, the Holiday Inn Chicago Magnificent Mile and the Hilton Orrington in downtown Evanston have all faced foreclosure suits during the pandemic, while owners of the W Chicago City Center and Marriott Chicago River North are among those in danger of default, according to reports tied to their CMBS loans.

A number of downtown hotel investors, such as the owners of the Godfrey Hotel and Renaissance Chicago, have worked out loan modifications with their lenders to buy time for the local market to recover. Some lenders have also held off on steps to seize hotel properties, which they would then have to spend money maintaining while waiting for the COVID fog to clear.

But time appears to have run out for the JW Marriott to turn business around. Pushed to the financial brink with visitation almost non-existent, Estein negotiated with Rialto Capital—a Miami-based special servicer hired to oversee the problem loan—to reach two so-called forbearance agreements last year to stave off foreclosure at least through early January, according to the foreclosure complaint. Estein asked for a third such agreement earlier this year that was being “analyzed and discussed internally” by Rialto before the foreclosure lawsuit was filed, according to the Bloomberg report.

The lawsuit against the JW Marriott comes almost a year after an appraisal on the Loop property found it was worth $210 million, or just slightly more than Estein’s debt on the hotel and 43 percent less than its appraised value in 2017, when Estein refinanced it. A more recent appraisal last month valued the hotel at $236 million, according to a Bloomberg report tied to the loan.

The lawsuit seeks repayment of the loan balance plus almost $28 million in fees and other charges.

A spokesman for Estein couldn’t be reached.

The JW Marriott Chicago reported around $19 million in net cash flow against $14.6 million in annual debt service in both 2018 and 2019, when downtown hotel demand was strong. The city saw nearly 61 million visitors to the city in 2019, the eighth consecutive record-breaking year, according to tourism bureau Choose Chicago.

Much of that growth was fueled by a boom in corporate travel as a flurry of companies moved to the central business district over the past decade. While a recent surge in leisure demand has pushed up downtown hotel occupancy over the past couple months, the corporate demand segment is expected to be the last to come back from the pandemic after a year-plus of companies adjusting to life connecting with colleagues and clients remotely.

That could spell trouble for large, full-service downtown hotels like the JW Marriott that rely on business travel and meetings for a sizable portion of their revenue. About 40 percent of the hotel’s room revenue comes from meeting and group demand, according to a 2017 report on the loan.

Loan documents show Estein and Chicago developer Michael Reschke teamed up in 2008 a $312 million redevelopment of the landmark Loop property into the JW Marriott, which opened in 2010. The joint venture struck a deal in 2014 in which Reschke relinquished his interest in the JW Marriott to take full control of the upper floors of the building, part of which he is now converting into a luxury inn called the LaSalle Hotel, which is slated to open later this year.

Reschke and Estein were also both named as defendants in a separate foreclosure lawsuit filed in March involving Reschke’s ownership of a five-floor block of offices above the JW Marriott. That complaint is pending in Cook County Circuit Court.

The number of international homebuyers declined sharply throughout the United States in the past year amidst the global COVID-19 pandemic, according … END_OF_DOCUMENT_TOKEN_TO_BE_REPLACED

Tom Rodeno, 50, a 20-year veteran in representing industrial spaces for Colliers International, based out of the Rosemont office with the title of … END_OF_DOCUMENT_TOKEN_TO_BE_REPLACED

A community in western Illinois has officially disbanded its police department over budget concerns. East Galesburg has been without its police … END_OF_DOCUMENT_TOKEN_TO_BE_REPLACED

The officer who died was the first Chicago cop shot and killed in the line of duty this year, Brown said. It's the first line-of-duty shooting … END_OF_DOCUMENT_TOKEN_TO_BE_REPLACED