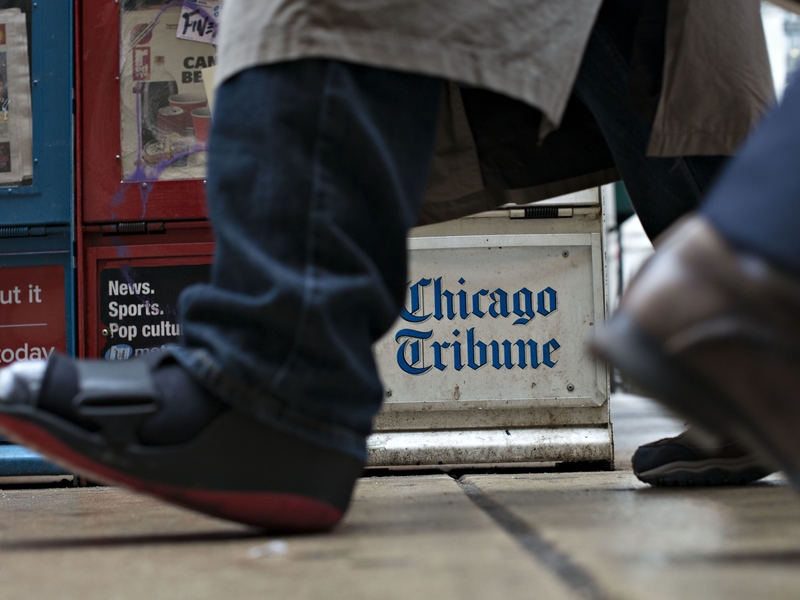 “You readers were there. You had my back. I owe you everything,” he wrote in his column. “What happens next? An adventure happens.”

Kass is the latest big name to join the list of departures amid the paper’s third round of buyouts since early 2020.

High-profile columnist Heidi Stevens confirmed to Crain’s Monday that she had applied for the buyout. She was among 26 of the paper’s 110 union-represented newsroom employees that applied for voluntary separation plan. Union workers will find out if their applications have been accepted no later than Monday. Their last day is set for June 25, unless they negotiate otherwise.

Today is the last day for non-union members, such as managers, who took the buyout. There are about a dozen leaving today, including Kass, who was also a member of the editorial board.

The buyouts were announced in late May, just weeks after hedge fund Alden Global Capital closed on its acquisition of Tribune Publishing. The voluntary separation plan was offered to employees in newsrooms across the country. Those with less than three years at the company are set to receive eight weeks of base pay, and those with more will receive 12 weeks of base pay plus one week for each additional year of employment.

The cuts were expected. Alden is known for making deep slashes to newsroom headcount as a way to cut costs at papers with declining revenue. That strategy left little hope for a good outcome for Tribune Publishing’s 11 daily newspapers.

“The Alden ball is rolling,” said Erik Gordon, professor at the University of Michigan’s Ross School of Business. “It’s smarter to take a buyout today than to get cut loose with nothing in six months.”

Kass has been at the Chicago Tribune since 1983, and was a reporter before he became a columnist. His columns, which cover topics ranging from gardening to politics, appeared for years on the second page of the paper.

Over time, Kass has built a large and loyal readership and won several awards for his column writing. His conservative bent at times drew ire from his colleagues and readers. His column was moved from Page 2 last summer, when the paper reorganized its columnists in an effort to separate their work from the news section. Kass has continued to write multiple columns a week.

Kass did not respond to a request for comment Friday evening.

The number of international homebuyers declined sharply throughout the United States in the past year amidst the global COVID-19 pandemic, according … END_OF_DOCUMENT_TOKEN_TO_BE_REPLACED

Tom Rodeno, 50, a 20-year veteran in representing industrial spaces for Colliers International, based out of the Rosemont office with the title of … END_OF_DOCUMENT_TOKEN_TO_BE_REPLACED

Chicago’s city officials move the deadline for submitting a proposal for the planned casino to October 29, looking for more bidders. Chicago … END_OF_DOCUMENT_TOKEN_TO_BE_REPLACED

A community in western Illinois has officially disbanded its police department over budget concerns. East Galesburg has been without its police … END_OF_DOCUMENT_TOKEN_TO_BE_REPLACED

The officer who died was the first Chicago cop shot and killed in the line of duty this year, Brown said. It's the first line-of-duty shooting … END_OF_DOCUMENT_TOKEN_TO_BE_REPLACED