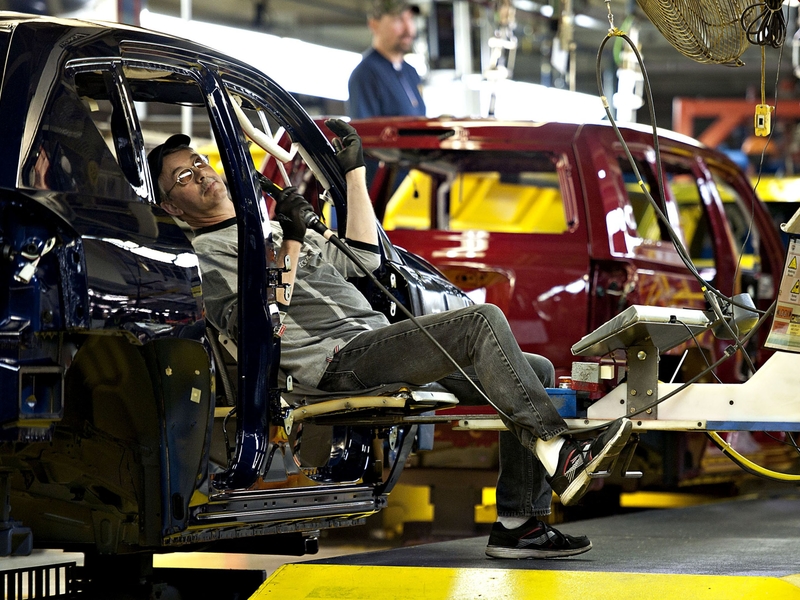 Meanwhile, production of the Jeep Compass in Toluca, Mexico, has resumed.

“Stellantis continues to work closely with our suppliers to mitigate the manufacturing impacts caused by the various supply chain issues facing our industry,” spokeswoman Jodi Tinson said in the statement.

In addition to the Cherokee and minivan plants, the Ram 1500 Classic plant in Warren, Mich., remains offline. The plant is preparing to begin building the Jeep Wagoneer and Grand Wagoneer SUVs in June.

Production resumed April 19 at the company’s assembly plant in Brampton, Ontario, that makes the Chrysler 300 and Dodge Charger and Challenger.

Stellantis CFO Richard Palmer said this week on the company’s first-quarter earnings call that he expects the shortage to ease in the second half of the year but that it would be naive to expect the problem to disappear entirely.

Stellantis, formed in January by the merger of Fiat Chrysler Automobiles and PSA Group, said this week that North American vehicle shipments in the first quarter declined 4.2 percent from a year earlier, though its revenue in the region rose 9 percent.

The number of international homebuyers declined sharply throughout the United States in the past year amidst the global COVID-19 pandemic, according … END_OF_DOCUMENT_TOKEN_TO_BE_REPLACED

Tom Rodeno, 50, a 20-year veteran in representing industrial spaces for Colliers International, based out of the Rosemont office with the title of … END_OF_DOCUMENT_TOKEN_TO_BE_REPLACED

Chicago’s city officials move the deadline for submitting a proposal for the planned casino to October 29, looking for more bidders. Chicago … END_OF_DOCUMENT_TOKEN_TO_BE_REPLACED

A community in western Illinois has officially disbanded its police department over budget concerns. East Galesburg has been without its police … END_OF_DOCUMENT_TOKEN_TO_BE_REPLACED

The officer who died was the first Chicago cop shot and killed in the line of duty this year, Brown said. It's the first line-of-duty shooting … END_OF_DOCUMENT_TOKEN_TO_BE_REPLACED