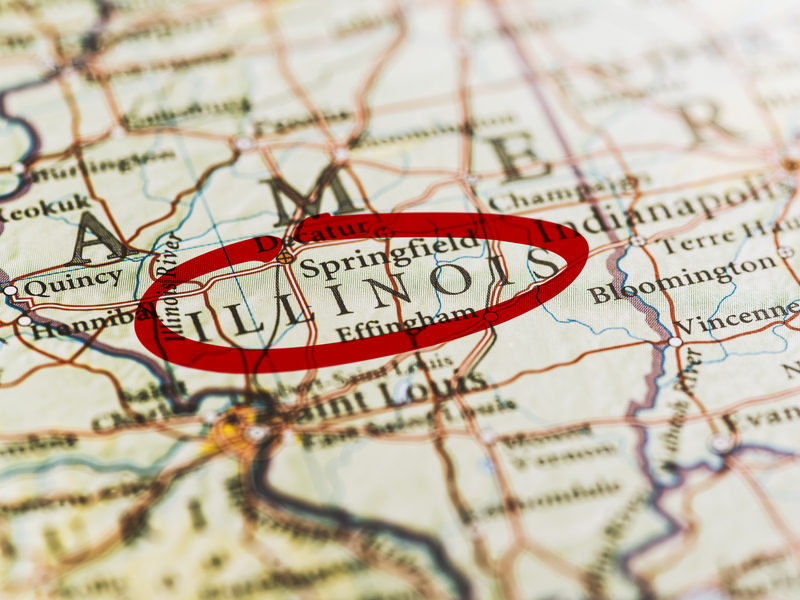 The Dems also emphasized that their first priority was to protect the rights of minority voters. That’s likely a signal that Pritzker will agree to the map, since he’s said he’d only veto an “unfair” map, defining that in terms of respecting the rights of Blacks, Latinos and other minority groups.

“Tonight’s drop of partisan maps is yet another attempt to mislead voters in an effort to block fair elections,” said State Rep. Tim Butler (R-Springfield), “after so many promises made by Democrats to have an open and transparent process involving the public. We . . . call upon Gov. Pritzker to live up to his pledge to the people of Illinois and veto a map that was drawn by politicians like what we see here today.”

Said Rep. Ryan Spain (R-Peoria):   ”Releasing new partisan maps late on a Friday night proves that the Mike Madigan playbook continues in the Illinois House. In a further attempt to skirt any transparency, Democrats dropped partisan maps drawn in a locked room by politicians who hand-selected their voters.”

Also expressing dismay was a coalition of reform, business and activist groups, including the Illinois and Chicago chapters of the League of Women Voters, the Illinois and Black Chambers of Commerce and Change Illinois.

In a joint statement, they noted that the census figure statewide turned out to be more 40,000 more than the ACS estimates.

“(That) undercount is likely to have a greater effect on people of color,” they argued. “Black communities have historically been underrepresented, under-resourced, and targeted by large-scale misinformation campaigns designed to further disenfranchise them. The ACS data collection did not have the benefit of the historic, people-powered effort and state funding that the census did to ensure communities were counted, particularly Black communities. The ACS sampling process lacks the trusted community partnerships that are needed for an accurate count in historically disenfranchised communities.”

Democrats did not immediately respond. Neither were details of the maps or breakdowns of how many Black, Latino and white districts would be created provided, nor were figures on how many of the districts lean Democratic versus Republican.

Those figures eventually should emerge. But figuring that out right now is not possible. And perhaps that’s the point.

The number of international homebuyers declined sharply throughout the United States in the past year amidst the global COVID-19 pandemic, according … END_OF_DOCUMENT_TOKEN_TO_BE_REPLACED

Tom Rodeno, 50, a 20-year veteran in representing industrial spaces for Colliers International, based out of the Rosemont office with the title of … END_OF_DOCUMENT_TOKEN_TO_BE_REPLACED

Chicago’s city officials move the deadline for submitting a proposal for the planned casino to October 29, looking for more bidders. Chicago … END_OF_DOCUMENT_TOKEN_TO_BE_REPLACED

A community in western Illinois has officially disbanded its police department over budget concerns. East Galesburg has been without its police … END_OF_DOCUMENT_TOKEN_TO_BE_REPLACED

The officer who died was the first Chicago cop shot and killed in the line of duty this year, Brown said. It's the first line-of-duty shooting … END_OF_DOCUMENT_TOKEN_TO_BE_REPLACED