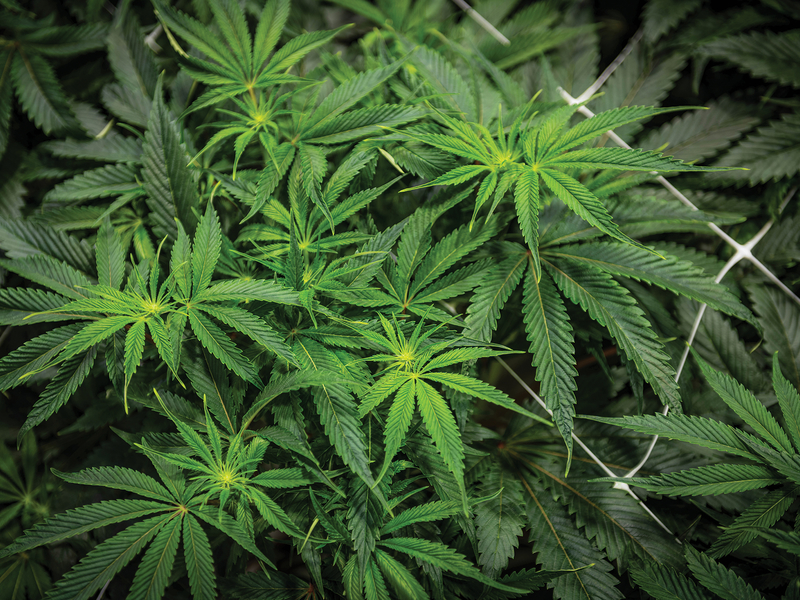 When Illinois embarked on the process of legalizing adult-use recreational marijuana years ago, one of the stated goals was to leverage the creation of an entirely new, state-regulated industry to remedy at least some of the damage done by the last century’s ill-conceived “war on drugs.” The idea was to allow people who for too long have been economically disadvantaged to get in early on a business that promised to be very, very lucrative.

Illinois had hoped to be seen as a model for the rest of the country by weaving social-equity measures into its legalization statute. The law gave extra points to applicants for licenses to run dispensaries and other operations who had lived in places disproportionately affected by the war on drugs as well as those who had been arrested or imprisoned for minor marijuana offenses.

A year and a half after recreational marijuana went on sale in Illinois, however, the state’s cannabis industry is still predominantly white and male, and some of the biggest investors in this nascent industry are political insiders and deep-pocketed financiers who hail from Chicago’s richest clans.

A new law signed by Gov. J.B. Pritzker on July 15 seeks to rebalance the scales. After the first round of competition for marijuana licenses caused an uproar by falling woefully short of the legislation’s original social-equity goals, the state took a long, hard look at the process—taking advantage, in part, of the pause forced by the COVID crisis to rethink the next phase of a process that was supposed to commence in May 2020.

The measure Pritzker just signed authorizes the state to award 185 new licenses to open pot shops via lotteries scheduled to be held July 29, Aug. 5 and Aug. 19. The measure also tweaks the application scoring process, coming up with a way for applicants who didn’t receive perfect scores to qualify for lotteries that would issue 110 additional licenses, authorized to be issued this year, rather than forcing them to start over. Two-thirds of those now qualifying for craft-grow, infuser and transport licenses are nonwhite, according to the governor’s office.

“This latest piece of legislation helps move us even closer to our goal of establishing a cannabis industry in Illinois that doesn’t shy away from the pain caused by the war on drugs but instead centers equity and community reinvestment as the key to moving forward,” the governor said in a statement. Added Toi Hutchinson, Pritzker’s senior adviser on cannabis control: “It’s an exciting next step. Having 67 percent (of winning applicants) as nonwhite is better than I expected.”

Even so, the hard work is yet to come. The real proof of this measure’s effectiveness will come when we see who actually winds up winning this next wave of licenses and who succeeds in getting viable businesses up and running after that. Until then, Illinoisans can at least be glad the Legislature’s Black caucus took the lead on retooling the lottery process and that the governor got behind it.

The need to equitably distribute licenses to diverse stakeholders throughout the state took on greater urgency July 14, when a group of Democrats in the U.S. Senate unveiled a discussion draft of legislation to remove marijuana from the federal list of controlled substances and to tax and regulate it on the federal level. It was a small step toward what many in the business see as an inevitable if distant outcome: federal legalization. If and when that happens, the cannabis industry, now a balkanized patchwork of state-by-state players, will be primed for consolidation. And those who hold licenses in established markets like Illinois will be positioned to cash out at that point if they like, creating the sort of transformative wealth that will make owning and operating one pot shop look like small potatoes indeed.

The number of international homebuyers declined sharply throughout the United States in the past year amidst the global COVID-19 pandemic, according … END_OF_DOCUMENT_TOKEN_TO_BE_REPLACED

Tom Rodeno, 50, a 20-year veteran in representing industrial spaces for Colliers International, based out of the Rosemont office with the title of … END_OF_DOCUMENT_TOKEN_TO_BE_REPLACED

A community in western Illinois has officially disbanded its police department over budget concerns. East Galesburg has been without its police … END_OF_DOCUMENT_TOKEN_TO_BE_REPLACED

The officer who died was the first Chicago cop shot and killed in the line of duty this year, Brown said. It's the first line-of-duty shooting … END_OF_DOCUMENT_TOKEN_TO_BE_REPLACED