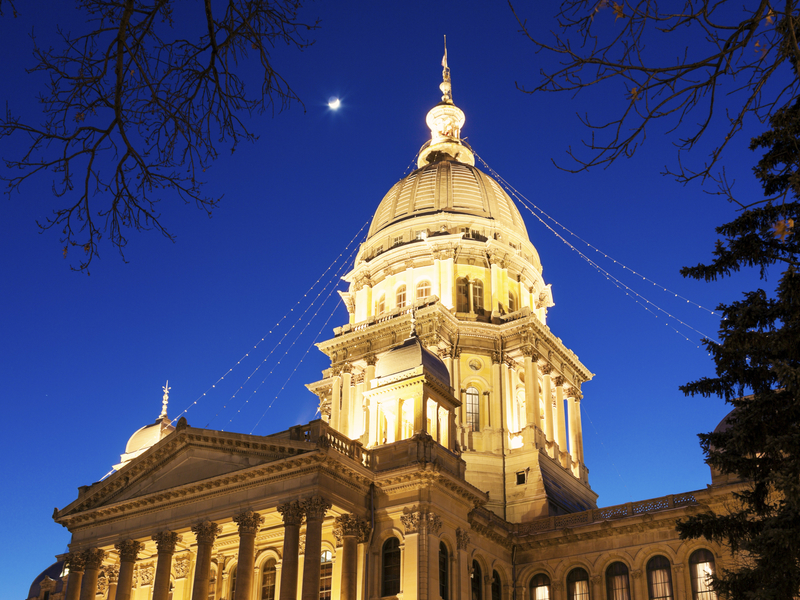 Those are the highlights of a wild spring legislative session in which dominant Democrats pretty much got their way. But with new leaders of the House and Senate, they took their time getting there.

And I’ve never seen so many major issues still up in the air so late in the session.

At least two huge issues were left uncertain as legislating continued well into Memorial Day evening, running up to a midnight end-of-session deadline: whether and how to elect members of the Chicago Board of Education, and how to craft a deal that would spur the green-power industry without giving too many incentives to nuclear operator Exelon. Both appeared in trouble last night, but neither was dead.

Topping the list of items teed up for final passage was approval of Gov. J.B. Pritzker’s proposed $42.3 billion operating, or general funds, budget.

The budget includes a portion of the $8.1 billion Illinois expects to get from the latest federal COVID-19 relief package, with aid to public grade and high schools, affordable-housing operators and college scholarships among the big winners. Other winners, according to summaries given to lawmakers, include $8 million for Navy Pier, $300 million for a back-to-business grant program and hundreds of millions parceled out to community groups and social-service agencies.

The state still has a continuing, structural budget deficit, and Pritzker was poised to get about two-thirds of the $932 million he wanted from closing corporate tax loopholes. Slated to go were two tax breaks authorized by federal legislation—capping the net corporate loss at $100,000 a year for the next three years and blocking accelerated depreciation, worth $314 million and $214 million a year, respectively—as well as a hike on overseas dividends, worth an estimated $107 million a year, and dropping plans to junk the state’s $30 million a year corporate franchise tax. But retailers kept the full fee they get for collecting state sales taxes.

“The so-called ‘loophole’ closures are nothing more than tax increases on employers that target, in particular, the manufacturing sector, which has lost 50,000 jobs in the last two years,” the Illinois Chamber of Commerce said in a statement. “Job creators will undoubtedly react negatively.”

In testimony to the House Executive Committee, Majority Leader Greg Harris said the top priority of the budget is to pay off debt—to state vendors, the Federal Reserve system and intra-fund borrowing—and spend available one-time federal funds on one-time needs. That means the state will not have to cut $152 million in revenue sharing with local governments, something Pritzker proposed, but local governments had vigorously opposed.

Business did win a stay of execution on another clause it opposed, which would require data center operators to reach a “labor peace” deal with a union on engineering, water management and other technical jobs that likely would have required companies to hire job candidates sent to them by a union.

The senate sponsor of the bill, Sen. Elgie Sims, D-Chicago, agreed to hold the bill for further hearings this summer after Pritzker aides told key lawmakers the state could lose $1 billion in investment this year if the bill passed, something that has caught the eye of building trades unions whose members build the data centers.

• A major affordable housing package cleared both chambers and awaits Pritzker’s signature. The measure includes lots of federal money, and the key local provision authorizes 10-year property tax assessment cuts of 25 percent to 35 percent to landlords who agree to rent at least 35 percent of their units at affordable rates.

• A plan by Rep. Bob Rita, D-Chicago, surfaced to allow betting on college games and ban local communities from imposing extra taxes on video poker and other electronic games. But it was uncertain that the measure had enough time to pass both chambers. Gambling bills are always controversial.

• The Legislature sent to Pritzker new maps of Illinois Senate and House districts, the Illinois Supreme Court and the Cook County Board of Review that are designed to retain Democratic control of each. A new congressional map did not face the same legal deadline as the state map, and Democrats didn’t get to it. But they did agree to postpone the March 2022 primary election, which normally would have been held on the third Thursday of March, until June 28.

The measure also would permanently extend some changes made during the pandemic to make voting easier, authorize drive-by voting, make election day a legal holiday and allow voters to request they permanently be placed on a mail-ballot list. That’s exactly the opposite of what Republicans are doing in other states.

Insiders also report an abortive move that called for reducing the number of votes to approve a new City Council ward map from 41 of the 50 aldermen to 26. It was not included in the final bill.

• An emerging ethics bill would require much more detail on disclosures filed by candidates for government office. For instance, they’d have to begin listing individual assets worth more than $10,000 and major debts. Retired state lawmakers would have to wait at least six months to begin lobbying their old colleagues, and incumbent officials would be banned from lobbying any local government that lobbies them, and vice versa.

Both the House and the Senate also passed different versions of tougher gun control laws, but it’s uncertain whether either bill would pass both chambers.

And Sen. Sara Feigenholtz, D-Chicago, did get to Pritzker a bill strongly backed by the restaurant industry to allow it to keep selling to-go liquor until at least Jan. 3, 2024.

The number of international homebuyers declined sharply throughout the United States in the past year amidst the global COVID-19 pandemic, according … END_OF_DOCUMENT_TOKEN_TO_BE_REPLACED

Tom Rodeno, 50, a 20-year veteran in representing industrial spaces for Colliers International, based out of the Rosemont office with the title of … END_OF_DOCUMENT_TOKEN_TO_BE_REPLACED

Chicago’s city officials move the deadline for submitting a proposal for the planned casino to October 29, looking for more bidders. Chicago … END_OF_DOCUMENT_TOKEN_TO_BE_REPLACED

A community in western Illinois has officially disbanded its police department over budget concerns. East Galesburg has been without its police … END_OF_DOCUMENT_TOKEN_TO_BE_REPLACED

The officer who died was the first Chicago cop shot and killed in the line of duty this year, Brown said. It's the first line-of-duty shooting … END_OF_DOCUMENT_TOKEN_TO_BE_REPLACED