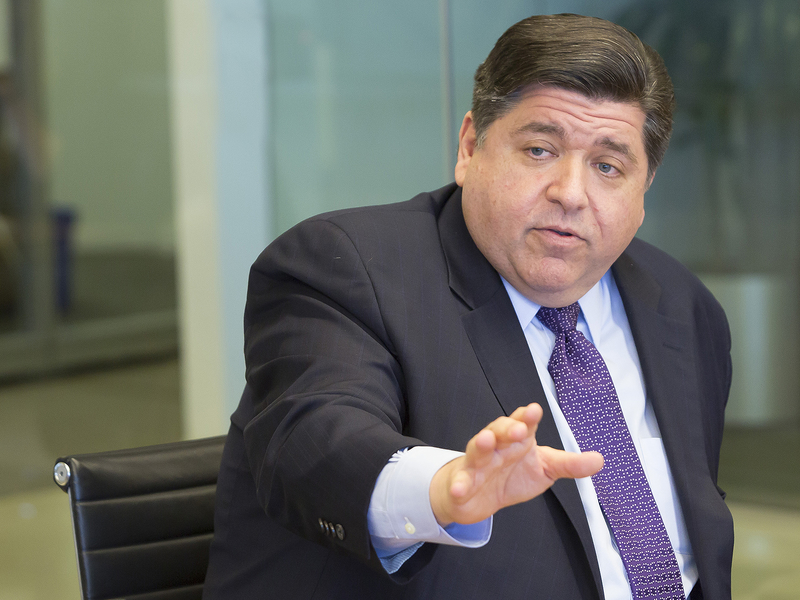 “When I ran for governor four years ago, I said that I wanted to take on the big challenges in our state, put Springfield back on the side of working families,” Pritzker told Crain’s as part of a round of one-on-one interviews with the state’s political media.

Last year, Pritzker pushed the University of Illinois system to expand its free tuition program, known as the Illinois Commitment, to cover tuition and campus fees for state resident students with a family income of up to $67,000. Pritzker’s idea appears to be broader, covering other state colleges and universities. Beyond that, Pritzker says he’s already working on universal preschool and making child care more affordable across the state.

Asked about recent rankings that put Illinois near dead-last for the best states to do business, the governor countered with a recent CNBC report that puts Illinois at No. 15 of all 50 states, with high marks for infrastructure—though that ranking also gave Illinois failing grades for business friendliness and the overall economy. Improving ratings with credit agencies and the coming spree of infrastructure spending will only boost the state’s business climate, he said.

Illinois is making headway in livability for working families, thanks to a hike in the minimum wage, expanded health care coverage, “getting our fiscal house in order (and) putting people to work fixing roads and bridges and schools,” he said.

But the governor, a former tech funder, said he also wants to create jobs by solidifying Illinois’ position as a national capital for quantum computing and tech startups.

“I want us to be the next Silicon Valley, that will do as much for job creation and raising incomes and the economy in Illinois as anything,” he said, adding that aims to take the success of tech hub 1871 and replicate it at smaller Innovation Network hubs around the state, in addition to launching small-business centers statewide.

And despite the failure of his signature graduated income tax amendment at the polls last November, the governor says tax fairness is still on his mind.

“I really believe middle and working class voters deserve a break and that wealthy people of Illinois have paid too little,” he said. The $655 million in “corporate welfare” cuts passed in the most recent budget helped balance the books and secure credit upgrades helped, but “we need to have a fairer tax system.”

As the governor kicks off what promises to be an expensive campaign that will run through November 2022, Republican opponents are already sharpening their knives.

Challenger Gary Rabine said Pritzker is pushing a “radical, far-left” agenda and is responsible for a rise in violence statewide. Former state senator Paul Schimpf said in a statement yesterday Pritzker “failed to stand up to corruption, failed to protect our veterans and families and failed to help overtaxed Illinoisans.”

The number of international homebuyers declined sharply throughout the United States in the past year amidst the global COVID-19 pandemic, according … END_OF_DOCUMENT_TOKEN_TO_BE_REPLACED

Tom Rodeno, 50, a 20-year veteran in representing industrial spaces for Colliers International, based out of the Rosemont office with the title of … END_OF_DOCUMENT_TOKEN_TO_BE_REPLACED

Chicago’s city officials move the deadline for submitting a proposal for the planned casino to October 29, looking for more bidders. Chicago … END_OF_DOCUMENT_TOKEN_TO_BE_REPLACED

A community in western Illinois has officially disbanded its police department over budget concerns. East Galesburg has been without its police … END_OF_DOCUMENT_TOKEN_TO_BE_REPLACED

The officer who died was the first Chicago cop shot and killed in the line of duty this year, Brown said. It's the first line-of-duty shooting … END_OF_DOCUMENT_TOKEN_TO_BE_REPLACED