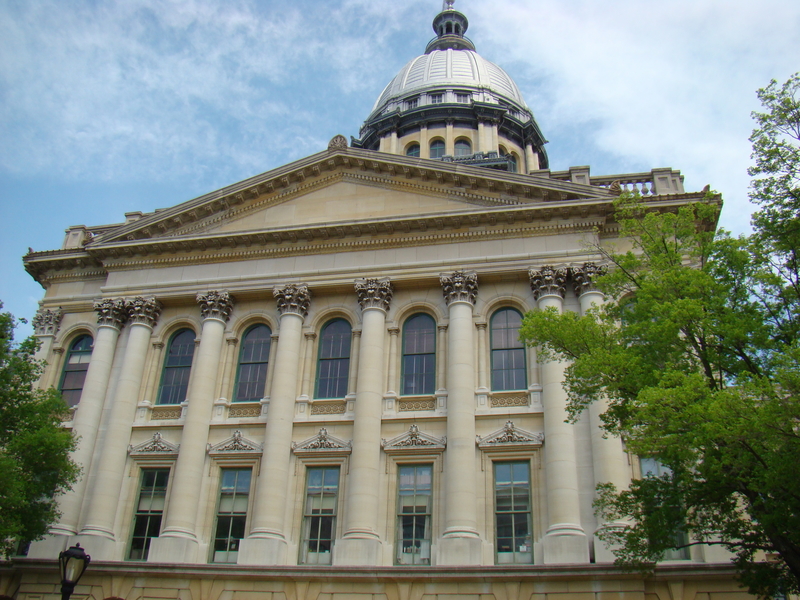 “The tone deaf Democratic party of Illinois has robbed citizens of a fair and transparent legislative map-making process, and I plan to be a conduit for Illinois citizens who demand honesty by ensuring they also have their day in court,” Jim Durkin, minority leader of the Illinois House, said in a statement.

The legislative redistricting plan was passed by the state lawmakers on May 28 and signed into law by Governor J.B. Pritzker on June 4. The Republicans note that state officials spent millions of dollars to encourage people to participate in the census in order to get an accurate count, and that the U.S. Census Bureau has previously said that estimates “are not appropriate for drawing legislative boundaries.”

Omar Aquino and Elgie Sims, chair and vice chair of the Senate Redistricting Committee, said in a statement that they’re disappointed “but not surprised” Republicans sued over maps that “reflect the great racial and geographic diversity of our state.”

“Throughout this process, they have done nothing but delay and obstruct efforts to ensure our communities are fairly represented, as seen by their refusal to even draft their own proposals,” the lawmakers said. “We stand by our work to ensure everyone has a voice in state government.”

Officials in Welch’s and Harmon’s offices didn’t immediately respond to requests for comment on the lawsuit, filed Wednesday in Chicago. The Illinois State Board of Elections, which was also named in the suit, declined to comment.

The number of international homebuyers declined sharply throughout the United States in the past year amidst the global COVID-19 pandemic, according … END_OF_DOCUMENT_TOKEN_TO_BE_REPLACED

Tom Rodeno, 50, a 20-year veteran in representing industrial spaces for Colliers International, based out of the Rosemont office with the title of … END_OF_DOCUMENT_TOKEN_TO_BE_REPLACED

Chicago’s city officials move the deadline for submitting a proposal for the planned casino to October 29, looking for more bidders. Chicago … END_OF_DOCUMENT_TOKEN_TO_BE_REPLACED

A community in western Illinois has officially disbanded its police department over budget concerns. East Galesburg has been without its police … END_OF_DOCUMENT_TOKEN_TO_BE_REPLACED

The officer who died was the first Chicago cop shot and killed in the line of duty this year, Brown said. It's the first line-of-duty shooting … END_OF_DOCUMENT_TOKEN_TO_BE_REPLACED