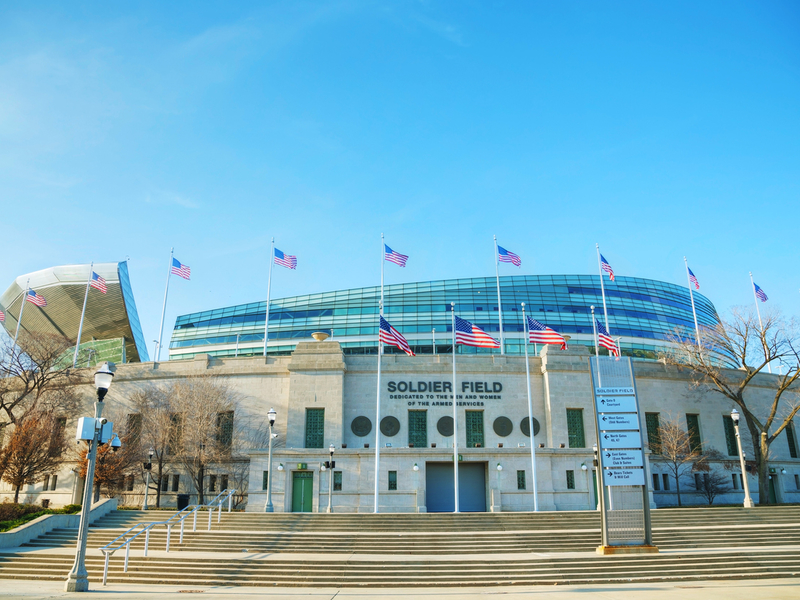 But when asked what the team wanted to get out of negotiations, the mayor said, “Frankly, I’m not sure, exactly, what they want.”

A Bears representative was not immediately available for comment.

It’s not unusual in the NFL for teams to have a big city name but a stadium outside city limits: The Buffalo Bills play in nearby Orchard Park. The Dallas Cowboys play in Arlington. The Washington Football Team plays in Landover, Maryland. TheThe San Francisco 49ers play in Santa Clara. The New York Giants and Jets both play in New Jersey. And the Los Angeles Rams and Chargers both play in Inglewood. And if the Bears are successful in their Arlington Heights bid, the sky would be the limit for broader development opportunities, and the potential to host a Super Bowl.

The Bears are one of three NFL teams without a naming-rights deal for their venue. They are also missing out from the miniature entertainment districts that other franchises have launched year-round for fans. Then there are the longstanding restrictions on signage and the fact that they’re playing in a roughly century-old building with a 30-year-old renovation.

The number of international homebuyers declined sharply throughout the United States in the past year amidst the global COVID-19 pandemic, according … END_OF_DOCUMENT_TOKEN_TO_BE_REPLACED

Tom Rodeno, 50, a 20-year veteran in representing industrial spaces for Colliers International, based out of the Rosemont office with the title of … END_OF_DOCUMENT_TOKEN_TO_BE_REPLACED

A community in western Illinois has officially disbanded its police department over budget concerns. East Galesburg has been without its police … END_OF_DOCUMENT_TOKEN_TO_BE_REPLACED

The officer who died was the first Chicago cop shot and killed in the line of duty this year, Brown said. It's the first line-of-duty shooting … END_OF_DOCUMENT_TOKEN_TO_BE_REPLACED