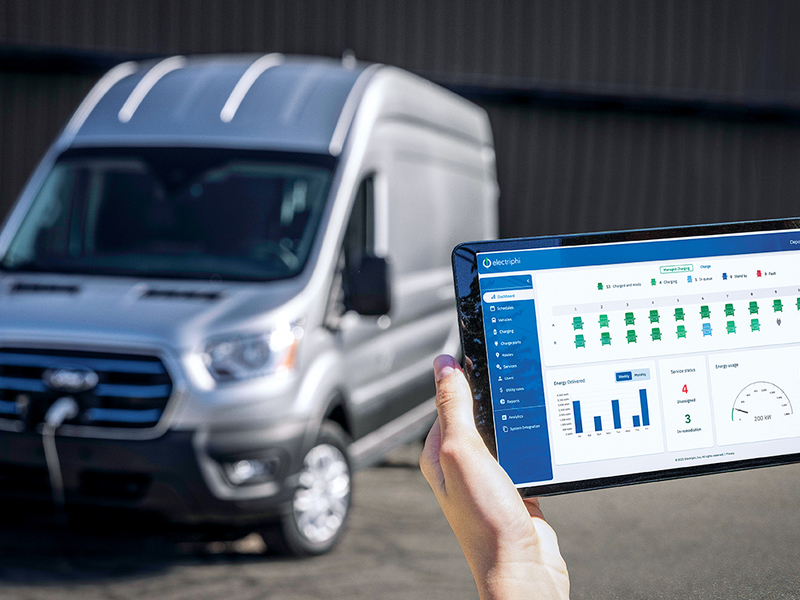 The two automakers also keep trying to one-up each other’s plans to invest billions of dollars in EVs and eventually shift away from internal-combustion engines. Ford’s Lincoln luxury brand last week committed to four battery-electric vehicles by 2030, while GM promised two additional U.S. battery plants as it raised its EV and autonomous vehicle investment to $35 billion through 2025. That followed Ford’s pledge of $30 billion toward EVs several weeks earlier, though the companies use different time frames that prevent straightforward dollar-to-dollar comparisons.

The EV moves have put a charge into both GM and Ford’s stock prices, which have roughly doubled since last fall. This month, Ford shares hit their highest value in more than five years. GM stock reached a record high this month since returning to the market after the company’s 2009 bankruptcy.

“Wall Street wants to invest in what could be,” Joe McCabe, CEO of AutoForecast Solutions, told Automotive News. “So when [GM CEO] Mary Barra says we’ll hit this 2035 target, the stock price goes up. It really tickles the investment community because that’s where they want to put their money right this second.”

The moves are more than just competitive gamesmanship. Each shows the companies’ growing convictions that the industry is headed toward an all-electric future and that failure to change with the times fast enough could be fatal.

“EV adoption is increasing and reaching an inflection point,” GM CFO Paul Jacobson told reporters on a conference call last week. “We want to be ready to reach the capacity that we need to meet demand over time.”

This is the first year that GM’s capital spending on EVs will exceed that of gasoline-powered vehicles, Jacobson said last week in a presentation to investors.

“It’s hard to imagine that trend reversing,” he said.

GM aims to make its full lineup of light-duty vehicles emissions-free by 2035. It has said it plans to offer 30 new EVs globally by 2025, with two-thirds of those available in North America, and that its Cadillac luxury lineup will be fully electric by the end of the decade.

After upping its EV spending commitment by 30 percent last week, GM now plans to have four battery plants open in the U.S. by mid-decade. It has two under construction, in Ohio and Tennessee, and wouldn’t say where the other two might be located.

Ford is taking a different approach. Despite the Lincoln brand’s boast of having a “fully electrified lineup by 2030,” including four BEVs, it’s not completely abandoning gasoline engines.

Lincoln President Joy Falotico said the brand still will offer both gasoline and hybrid engines alongside EVs and that the mix would depend on the rate of customer adoption. By 2026, Lincoln executives believe, about half of the brand’s global sales will be EVs.

“It becomes a little risky if you put all your eggs in the EV basket,” McCabe said. “There has to be a little bit of hedging your bet.”

Both Lincoln and Cadillac plan to start selling their first full-electric vehicles next year.

Ford projects that 40 percent of its global sales will be electric by 2030. But in what CEO Jim Farley has called the “early innings” of electrification, the company is focusing on commercial products such as the E-Transit van and F-150 Lightning to leverage Ford’s segment-leading market share in those areas.

Last week, Ford announced the acquisition of fleet charging provider Electriphi, which it said could help generate more than $1 billion in annual revenue by 2030.

“It’s not just how much money you spend or how vertically integrated you are, it’s where you want to play,” he said last week at the same Deutsche Bank conference where GM’s Jacobson spoke. “Play to your strengths, choose your market wisely, and execute the product beyond propulsion. That’s the lesson of F-150 Lightning so far.”

Farley said Ford has more than 30,000 reservations just for the commercial versions of the electric F-150, which debuts next year, and the E-Transit, which will be out this year. Pointing to strong demand for the new Mustang Mach-E electric crossover this year as well, Farley said EVs are expanding the company’s customer base.

“If you look at Ford right now, 70 to 80 percent of the people ordering these new vehicles from us, we’ve never seen,” Farley said. “A very big chunk of these customers wouldn’t have bought an ICE from Ford.”

GM, for its part, is creating a brand of commercial EVs called BrightDrop and last week said its increased EV spending will include the addition of “new electric commercial trucks and other products” in North America.

Jacobson, an industry newcomer who was CFO of Delta Air Lines until last fall, nodded to Ford’s unveiling of the F-150 Lightning, calling it a “really well-received, really strong announcement,” and encouraged other automakers to do the same to help stoke EV demand.

“The reality is we need OEMs to step up and make sure the EV volume is out there for the journey the country and really the world is on right now,” he said.

But Jacobson dismissed any notion that GM is worried that Ford will have an advantage in the electric pickup segment. GM is planning an electric version of its Chevrolet Silverado, but it is not expected to debut before 2023, and the company’s first battery-powered pickup — the GMC Hummer supertruck — will cost more than $112,000 when it arrives this fall. The F-150 Lightning ranges from less than $42,000 to more than $90,000.

“I don’t know that we’re intimidated by that. We certainly have a suite of vehicles coming … that we’re incredibly proud of,” Jacobson said. “As far as the competitive things go, I would just say: Bring it on.”

The number of international homebuyers declined sharply throughout the United States in the past year amidst the global COVID-19 pandemic, according … END_OF_DOCUMENT_TOKEN_TO_BE_REPLACED

Tom Rodeno, 50, a 20-year veteran in representing industrial spaces for Colliers International, based out of the Rosemont office with the title of … END_OF_DOCUMENT_TOKEN_TO_BE_REPLACED

A community in western Illinois has officially disbanded its police department over budget concerns. East Galesburg has been without its police … END_OF_DOCUMENT_TOKEN_TO_BE_REPLACED

The officer who died was the first Chicago cop shot and killed in the line of duty this year, Brown said. It's the first line-of-duty shooting … END_OF_DOCUMENT_TOKEN_TO_BE_REPLACED