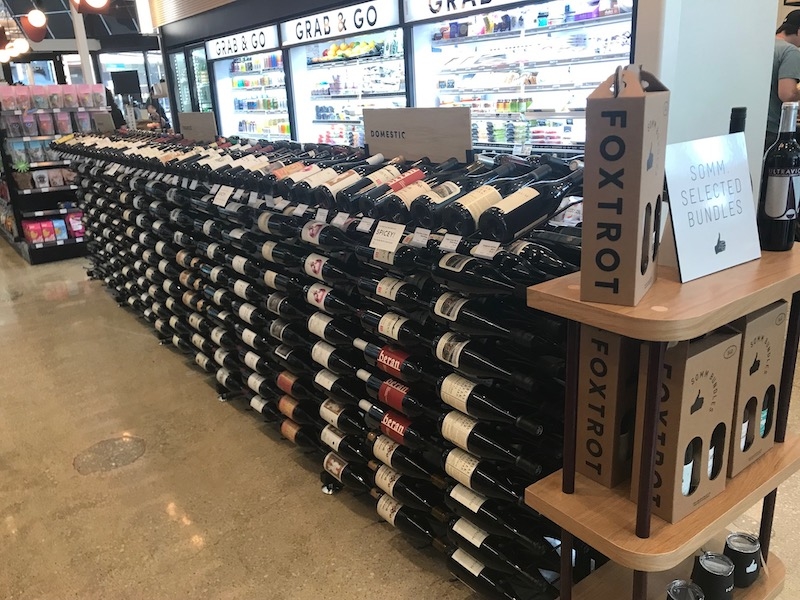 Foxtrot launched online in 2014, delivering beer, wine and other snacks, and opened its first brick-and-mortar shop in 2016. Like other grocery outfits and delivery services, it thrived during the pandemic. CEO Mike LaVitola told Crain’s earlier this year that Foxtrot’s e-commerce business tripled last year, compared with sales that doubled in 2019. Foxtrot gets about half its sales from in-person shoppers and half from online.

The company uses some of its retail locations as fulfillment centers, which came in handy when hordes of people left downtown offices to work from home during the pandemic. Foxtrot doesn’t have any locations in the Loop, which helped it avoid the suffering of other downtown brick-and-mortar retailers. Its shops were also declared essential in Illinois during last year’s stay-at-home orders, giving it another pandemic boost.

The company plans to keep the neighborhood focus during its expansion, LaVitola said in a press release.

“We first introduced ourselves to customers through online only, rapid-delivery of our dream convenience store,” he said in the release. “In the years since, we’ve realized the pivotal role the physical shops play within neighborhoods. There’s no better way to spark discovery than by browsing shelves and no better platform to elevate local makers than giving them a home in the neighborhood.”

Foxtrot has 13 locations, including nine in Chicago. It most recently opened a spot in Wicker Park with an extended wine selection, lunch options and a cafe. Another location is underway in the Gold Coast neighborhood, according to the news release. The company also has stores in Washington, D.C., and Dallas.

In the upcoming expansion, Foxtrot plans to open shops in New York City, Austin, Boston, Miami and Los Angeles. The new stores will be twice as large as Foxtrot’s earliest models, according to the release. They will feature dining options, larger menus and merchandise. The company hired former Momofuku executive chef Tae Strain to lead culinary development.

Foxtrot has not released any specific locations for the 50 new stories. The expansion is being fueled in part by a $42 million round of funding it secured earlier this year. The company has raised $65 million since its founding. Investors include Morningstar founder Joe Mansueto and former Whole Foods co-CEO Walter Robb.

Crain’s also reported in March that Foxtrot was in advanced talks to lease a space in the Fulton Market District for its headquarters. LaVitola would not confirm the move at the time, but sources told Crain’s Foxtrot also would open a retail space in the building.

Scaling is typically a challenge for venture-backed companies with infusions of money and plans to expand fast. In February, LaVitola talked about the hurdles Foxtrot faced.

The challenge ahead is “taking what’s special about the brand and scaling it,” LaVitola said. “It’s nice to open two stores a year. How do you open 10, 20 or 30 a year? How do we transform our e-commerce visits?”

The number of international homebuyers declined sharply throughout the United States in the past year amidst the global COVID-19 pandemic, according … END_OF_DOCUMENT_TOKEN_TO_BE_REPLACED

Tom Rodeno, 50, a 20-year veteran in representing industrial spaces for Colliers International, based out of the Rosemont office with the title of … END_OF_DOCUMENT_TOKEN_TO_BE_REPLACED

A community in western Illinois has officially disbanded its police department over budget concerns. East Galesburg has been without its police … END_OF_DOCUMENT_TOKEN_TO_BE_REPLACED

The officer who died was the first Chicago cop shot and killed in the line of duty this year, Brown said. It's the first line-of-duty shooting … END_OF_DOCUMENT_TOKEN_TO_BE_REPLACED