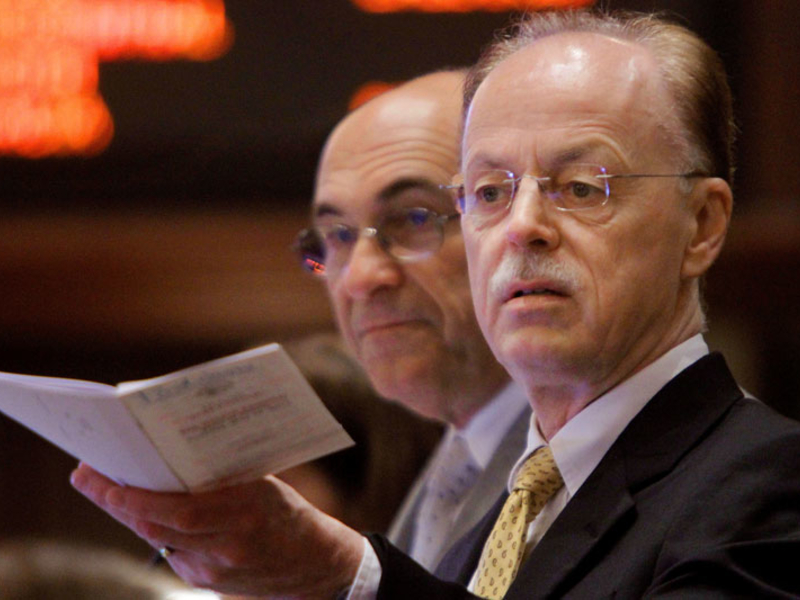 The indictment states Mapes had been granted immunity as part of a probe into conduct by Madigan and others, a reference to the still-unfolding Commonwealth Edison bribery probe, but still lied.

At issue in the indictment is what Mapes said and did when he was asked before the grand jury about “possible violations of federal criminal law, including efforts by (Madigan) and an individual acting on the speaker’s behalf” to obtain jobs, contracts and other items from ComEd “to influence and reward the speaker.”

Mapes specifically was asked about the relationship between the speaker and an unnamed consultant who allegedly was acting as intermediary, U.S. Attorney John Lausch’s office said in a statement.

The consultant is identified only as a former House member turned lobbyist, referred to in the indictment as Individual B. He is believed to be Michael McClain, a longtime Madigan ally and confidante.

Mapes left on bad terms with the speaker, fired in 2018 amid a sexual harassment scandal, despite decades serving as Madigan’s top lieutenant.

But if the prosecutors hoped that would be enough to get Mapes to turn or “flip” on Madigan, it didn’t work. Mapes was given full federal immunity for any prior misconduct before he testified before the grand jury, but despite that, he still lied, the indictment says.

Madigan has strongly denied that he has done anything wrong and would not have permitted misconduct by others if he had known.

It’s not clear whether Lausch, who is expected to leave office soon, has any direct proof that Madigan sanctioned or requested illegal conduct by anyone else.

Mapes, if convicted, faces up to 20 years in prison on the obstruction charge and five years for making false declarations.

The number of international homebuyers declined sharply throughout the United States in the past year amidst the global COVID-19 pandemic, according … END_OF_DOCUMENT_TOKEN_TO_BE_REPLACED

Tom Rodeno, 50, a 20-year veteran in representing industrial spaces for Colliers International, based out of the Rosemont office with the title of … END_OF_DOCUMENT_TOKEN_TO_BE_REPLACED

Chicago’s city officials move the deadline for submitting a proposal for the planned casino to October 29, looking for more bidders. Chicago … END_OF_DOCUMENT_TOKEN_TO_BE_REPLACED

A community in western Illinois has officially disbanded its police department over budget concerns. East Galesburg has been without its police … END_OF_DOCUMENT_TOKEN_TO_BE_REPLACED

The officer who died was the first Chicago cop shot and killed in the line of duty this year, Brown said. It's the first line-of-duty shooting … END_OF_DOCUMENT_TOKEN_TO_BE_REPLACED