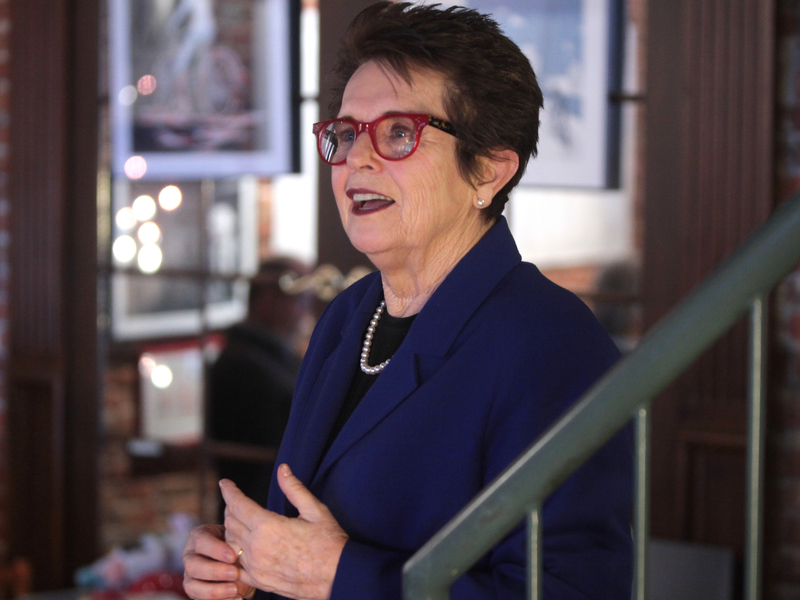 In addition to tennis legend Billie Jean King, whom the bank already named as a key investor, Charlotte, N.C.-based Bank of America and Boston-based Fidelity Investments are among the initial owners of the fledgling bank.

“We are grateful to the many investors who recognized the strength of this team, the power of our innovative strategy and compelling mission to grow the economy and advance the role of women within it,” she said in a release.

The bank will have a small-business focus with a mission to lend to women-owned businesses all over the country. It will be mainly a digital enterprise, with a single location at 1308 N. Elston Ave.

The $30 million falls well short of the $50 million the organizers initially hoped to raise in this phase. But it remains one of the largest—if not the largest—sums ever raised in Illinois to launch a new bank.

There are more than 200 investors, spokeswoman Colleen Ryan said in an email.

“We far exceeded the minimum regulatory capital required for launch,” she said. “The market conditions are so favorable for a bank with our strategy and mission that we made the decision to stop the offering, so we could commence operations now. We have the option to continue to raise capital and expect to do so.”

The more equity a bank has, the more it can lend. With $30 million on hand, First Women’s Bank has the capacity to make about $300 million in loans.

The bank also announced more management hires. Dan Konwent will be chief credit officer. He most recently served as national credit director for Boston-based Radius Bank, an online community bank. Controller will be Patricia Rosa, who spent two decades at Brickyard Bank in Lincolnwood, most recently as senior vice president and cashier.

The number of Chicago-area banks has dwindled over the past 15 years, in large part due to the roughly 50 bank failures that took place in the aftermath of the financial crisis, as well as a steady pace of bank acquisitions. In the meantime, there have been a historically low number of startups. That’s true for most of the country, but even more so for the Chicago area, which historically has had more banks than any other metro area in the U.S.

The number of international homebuyers declined sharply throughout the United States in the past year amidst the global COVID-19 pandemic, according … END_OF_DOCUMENT_TOKEN_TO_BE_REPLACED

Tom Rodeno, 50, a 20-year veteran in representing industrial spaces for Colliers International, based out of the Rosemont office with the title of … END_OF_DOCUMENT_TOKEN_TO_BE_REPLACED

A community in western Illinois has officially disbanded its police department over budget concerns. East Galesburg has been without its police … END_OF_DOCUMENT_TOKEN_TO_BE_REPLACED

The officer who died was the first Chicago cop shot and killed in the line of duty this year, Brown said. It's the first line-of-duty shooting … END_OF_DOCUMENT_TOKEN_TO_BE_REPLACED