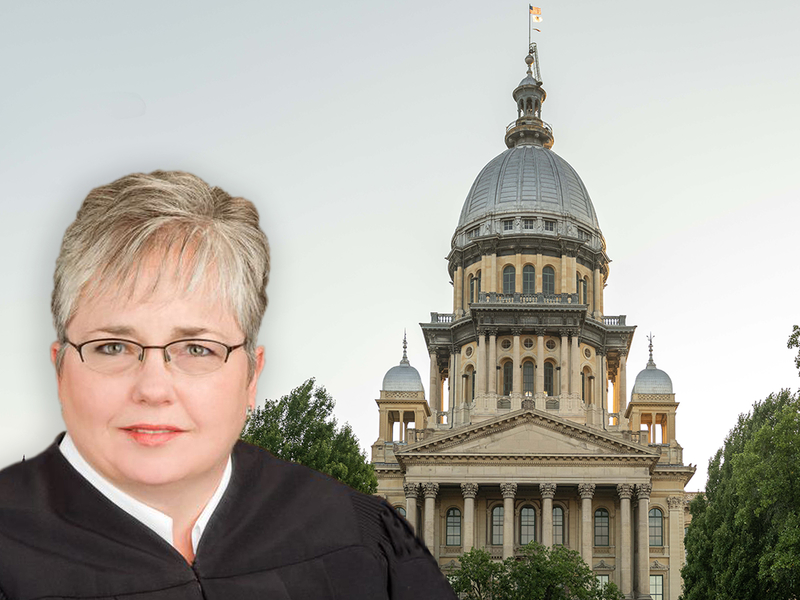 Calling her office a “paper tiger,” Pope said “this last legislative session has demonstrated true ethics reform is not a priority.”

Well said. And a bitter pill for those of us who hoped the time might finally be ripe for Illinois to put aside the pork-barrel politics that made our state a national byword for corruption.

When encroaching federal investigators forced longtime Springfield potentate Michael Madigan to step aside last year after three decades as House speaker, his exit created a rare opportunity for a fresh ethical start. Lawmakers no longer needed to fear his retribution for supporting action to tighten Springfield’s lax ethics standards. (Madigan denies wrongdoing and hasn’t been charged with any.)

New House Speaker Emanuel Welch and other legislative leaders had an opening to put an end to practices that enabled Madigan and so many other lawmakers to use public powers for personal gain. Amid the glaring publicity of the ComEd bribery scandal that forced Madigan to resign as speaker and then to leave the Legislature altogether—not to mention a series of recent federal prosecutions of other elected officials in Illinois—it seemed a new day might finally be at hand.

Welch, along with Gov. J.B. Pritzker and others, sounded the right notes, publicly declaring their commitment to reform. Words, though, are cheap. Only actions would show politicians’ true willingness to clean up Illinois politics.

A crucial test of their intentions came in the form of legislation affecting Pope’s office. Created in 2003 as prosecutors closed in on former Gov. George Ryan, the legislative inspector general has been hamstrung by an array of restrictions. The office can’t initiate investigations of alleged misconduct by legislators without permission from a legislative ethics commission composed of lawmakers. The inspector general also needs approval from the commission to issue subpoenas or publish investigative findings.

If you wonder why it takes a federal prosecution to tackle Illinois political corruption, look no further than this blatant conflict of interests. State legislators shouldn’t hold veto power over ethics investigations of state legislators. They have a strong incentive to go easy on fellow lawmakers, whose votes they may need on future bills and who may influence their chances of rising to powerful positions within the Legislature.

Legislatures in other states have truly independent ethics enforcement agencies with full powers to open, conduct and publicize investigations. Even the inspector general for Illinois’ executive branch can initiate investigations and issue subpoenas without the governor’s permission.

Pope and reform advocates had hoped that legislation introduced in Springfield this year would give the Illinois inspector general similarly broad powers, making it a truly independent ethics enforcer. They were disappointed.

The bill passed in the recently ended spring legislative session and now awaiting Pritzker’s signature does empower the inspector general to initiate investigations independently. But it doesn’t allow the IG to issue subpoenas or publish investigative findings without approval from the ethics commission.

Worse, the bill would impose new restrictions. The IG would only be allowed to commence an investigation after receiving a formal complaint about a lawmaker’s conduct. No longer would the office be able to launch a probe based on information from media reports or other sources. And the IG could investigate only conduct directly related to a lawmaker’s official duties. This limitation could tie the IG’s hands in cases involving tax evasion or various external activities that might violate ethical rules against conduct unbecoming of a legislator.

Without a fully independent legislative ethics enforcer, true reform will remain an elusive dream for Illinois. Unlike federal prosecutors, who swoop in when corrupt schemes reach a certain scale, an independent inspector general can improve the overall ethical tone of Springfield by snuffing out small abuses before they become big ones.

Apparently that’s more reform than Illinois legislators can stomach. Their refusal to accept ethics oversight with real teeth reinforces a painful truth: Madigan was a creature of Springfield’s corrupt culture, not its creator.

The number of international homebuyers declined sharply throughout the United States in the past year amidst the global COVID-19 pandemic, according … END_OF_DOCUMENT_TOKEN_TO_BE_REPLACED

Tom Rodeno, 50, a 20-year veteran in representing industrial spaces for Colliers International, based out of the Rosemont office with the title of … END_OF_DOCUMENT_TOKEN_TO_BE_REPLACED

A community in western Illinois has officially disbanded its police department over budget concerns. East Galesburg has been without its police … END_OF_DOCUMENT_TOKEN_TO_BE_REPLACED

The officer who died was the first Chicago cop shot and killed in the line of duty this year, Brown said. It's the first line-of-duty shooting … END_OF_DOCUMENT_TOKEN_TO_BE_REPLACED