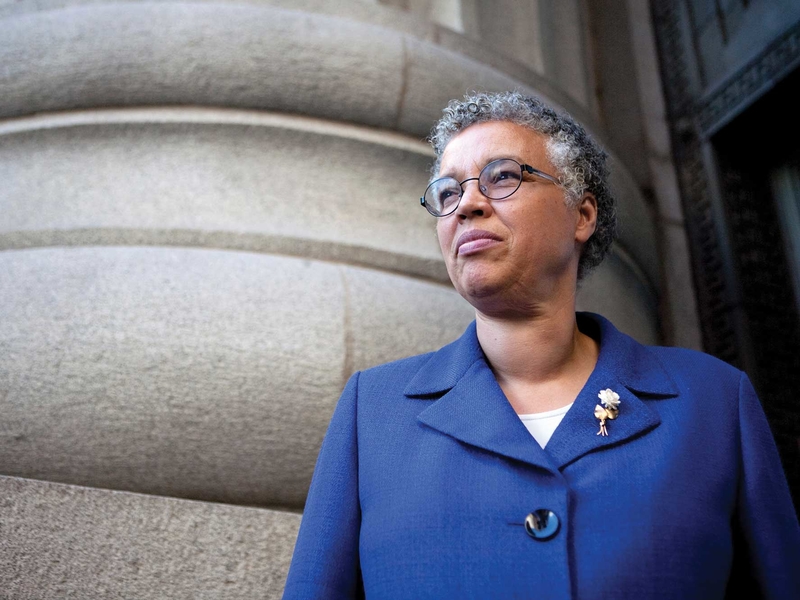 Overall, according to the forecast, this year’s $6.9 billion budget is running about $90 million above projections, enough for the county to reverse a roughly $77 million draw down from its reserves that was included when the budget was enacted at the height of the pandemic.

Some of the good news is due to federal COVID relief aid received in the county’s operating budget, with some savings from slower than anticipated spending, officials said. But much of the improvement was in the county’s $3.4 billion a year health fund.

While costs for this year are expected to run about $324 million a year above budget due to increased staffing and PPE costs during the pandemic, revenues are on track to rise even more, $355 million, as membership rises faster than expected in the county’s Medicaid managed care plan CountyCare.

In May, for instance CountyCare had just under 400,000 residents, higher than the 350,000 that were budgeted. That figure should near 420,000 by the end of the year. Due to CountyCare’s high quality scores, the state said earlier this year it would assign the insurer 50 percent of beneficiaries that don’t specify a plan in a move that was expected to drive membership growth.

Many CountyCare members also are patients of the county’s two-hospital network, which keeps dollars within the health system. Officials said they’ve also able to boost collections and cut processing times on outstanding bills.

Preckwinkle did not detail how the anticipated $121 million gap in the budget year beginning Dec. 1 would be filled, but major tax hikes at this point appear unlikely.

The county is due to get roughly $1 billion from the second national COVID-relief bill, the American Rescue Plan Act.  Officials said a small portion of that may be used to recompense the county for revenue losses it suffered during the worst of the pandemic, but Preckwinkle said most will go to long-term spending initiatives to boost racial equity in education, health care, economic development and other areas.

Preckwinkle is scheduled to release a few more details about her ARPA spending plan at today’s County Board meeting.  The actual proposed budget is due to be released in October, with passage around Thanksgiving.

The number of international homebuyers declined sharply throughout the United States in the past year amidst the global COVID-19 pandemic, according … END_OF_DOCUMENT_TOKEN_TO_BE_REPLACED

Tom Rodeno, 50, a 20-year veteran in representing industrial spaces for Colliers International, based out of the Rosemont office with the title of … END_OF_DOCUMENT_TOKEN_TO_BE_REPLACED

A community in western Illinois has officially disbanded its police department over budget concerns. East Galesburg has been without its police … END_OF_DOCUMENT_TOKEN_TO_BE_REPLACED

The officer who died was the first Chicago cop shot and killed in the line of duty this year, Brown said. It's the first line-of-duty shooting … END_OF_DOCUMENT_TOKEN_TO_BE_REPLACED