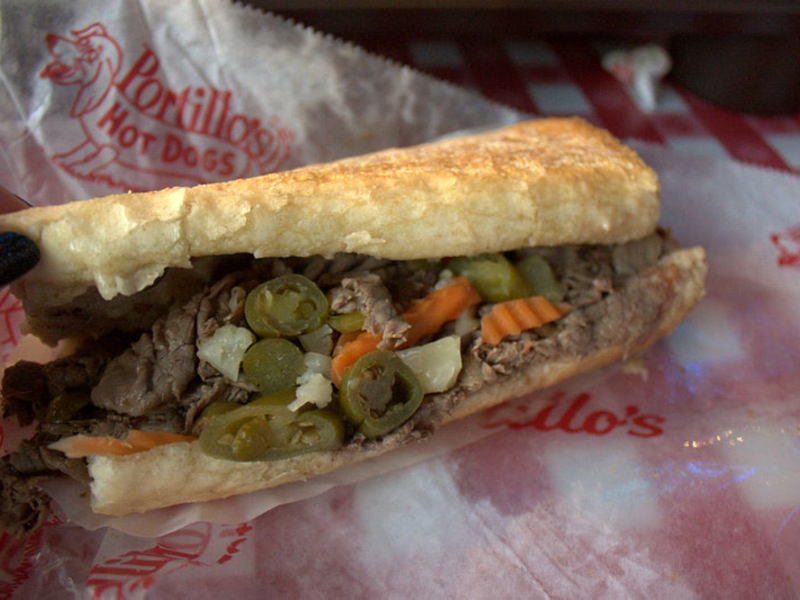 A company representative declined to comment, but the Wall Street Journal reported that it is targeting a valuation of $2.5 billion to $3 billion. In 2014, private equity firm Berkshire Partners reportedly paid $1 billion for a strategic investment in the restaurant chain.

Portillo’s has been expanding in recent years. It opened new stores last year in the Chicago area—including one in Avondale that was drive-thru, curbside and delivery only when it opened last fall, and a Portillo’s Pick Up location planned for Joliet that will not have a dining room—and is targeting other states.

The chain’s 2020 revenue was about $450 million, down 4.3 percent from 2019, according to Crain’s list of privately held companies. Portillo’s drive-thru and delivery options were likely a saving grace during the pandemic.

Restaurants were ravaged by COVID-19 closures, and in Illinois, many are still working to recover from the more than five nonconsecutive months indoor dining was banned. But drive-thrus dominated, and quick-service chains were hurt the least out of all restaurant categories, according to data from market research firm Technomic. Sales slid only 1.2 percent at quick-service chains in 2020, compared to a 39.2 percent drop at fine dining establishments. Overall, the top 500 chains saw sales growth sink 8.2 percent, according to the data.

Portillo’s opened its first hot dog stand in 1963, when Dick Portillo invested $1,100 into a small trailer in Villa Park. It has grown to a fast-casual chain with more than 60 locations in several states. In 2020, the company employed 6,500 employees company wide, about 5,550 of whom were local.

The number of international homebuyers declined sharply throughout the United States in the past year amidst the global COVID-19 pandemic, according … END_OF_DOCUMENT_TOKEN_TO_BE_REPLACED

Tom Rodeno, 50, a 20-year veteran in representing industrial spaces for Colliers International, based out of the Rosemont office with the title of … END_OF_DOCUMENT_TOKEN_TO_BE_REPLACED

Chicago’s city officials move the deadline for submitting a proposal for the planned casino to October 29, looking for more bidders. Chicago … END_OF_DOCUMENT_TOKEN_TO_BE_REPLACED

A community in western Illinois has officially disbanded its police department over budget concerns. East Galesburg has been without its police … END_OF_DOCUMENT_TOKEN_TO_BE_REPLACED

The officer who died was the first Chicago cop shot and killed in the line of duty this year, Brown said. It's the first line-of-duty shooting … END_OF_DOCUMENT_TOKEN_TO_BE_REPLACED