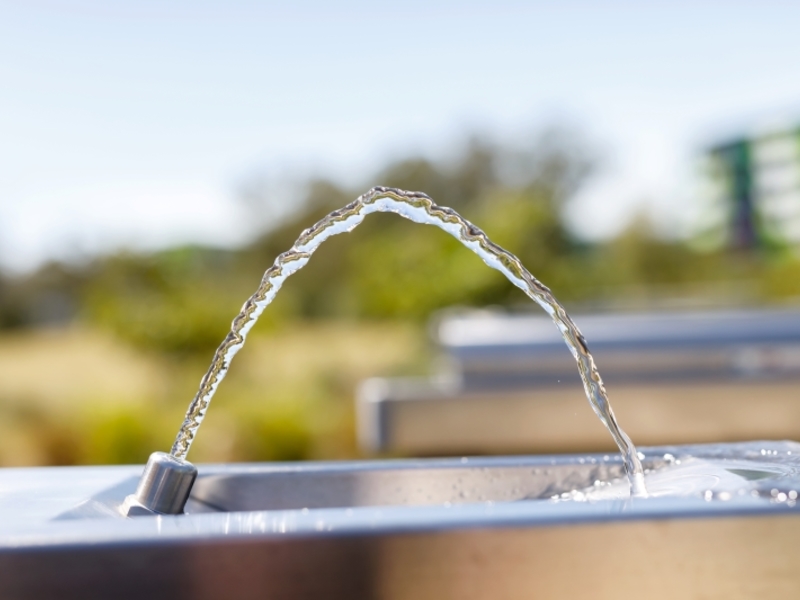 In a statement today, the district said it “will begin activating drinking fountains in neighborhood parks and along the lakefront.”

Doing so fully “will take up to four weeks.” The district said it first priority will be to prepare outdoor swimming pools and spray pools for opening June 25.

“Once these features are operating, we will begin the process of turning on drinking fountains as quickly as possible. We ask the public for patience as we work diligently to return these valued park amenities to Chicago’s communities.”

The district didn’t offer an explanation for the change. Earlier, its spokeswoman had said all fountains would be off indefinitely—indoor and outdoor—because of guidance from health officials amid the COVID-19 pandemic.

But heath officials said any bans were lifted when the city and state went to Phase 5 reopening last week. I passed on their statements to the park district.

In an email, Andrew Buchanan, spokesman for the Chicago Department of Public Health, said the city’s movement into Phase 5 reopening late last week means that prior limits imposed as a safety measure during the COVID19 pandemic no longer are in effect.

“Under the broad reopening of Phase 5 we don’t have any restrictions on drinking fountains,” Buchanan wrote. “So we agree with IDPH.”

IDPH is the Illinois Department of Public Health. As I reported last week, its spokeswoman, Melaney Arnold, told me in answer to a question that, “Inside and outdoor drinking fountains can operate in Phase 5.”

The park district has had all fountains—inside and out—closed off since early spring 2020. That’s the case even though CDC now has determined that COVID primarily spreads through the air when people are close together, not by touching an object someone else has touched.

Though you’ll able to get some water, you still won’t be able to swim at indoor district pools. The district has announced it’s closing its indoor swimming pools for the season, saying it doesn’t have enough lifeguards to handle both outdoor and indoor swimming.

The number of international homebuyers declined sharply throughout the United States in the past year amidst the global COVID-19 pandemic, according … END_OF_DOCUMENT_TOKEN_TO_BE_REPLACED

Tom Rodeno, 50, a 20-year veteran in representing industrial spaces for Colliers International, based out of the Rosemont office with the title of … END_OF_DOCUMENT_TOKEN_TO_BE_REPLACED

A community in western Illinois has officially disbanded its police department over budget concerns. East Galesburg has been without its police … END_OF_DOCUMENT_TOKEN_TO_BE_REPLACED

The officer who died was the first Chicago cop shot and killed in the line of duty this year, Brown said. It's the first line-of-duty shooting … END_OF_DOCUMENT_TOKEN_TO_BE_REPLACED