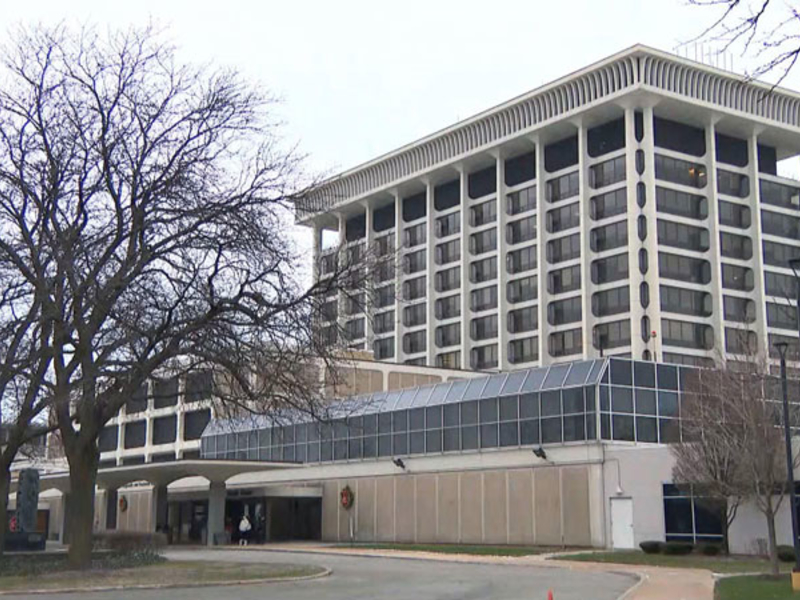 Down to the wire, the city of Chicago terminated the agreement and negotiated operating covenants that aim to ensure the biomedical technology firm keeps the hospital open through 2029, Insight spokeswoman Anel Ruiz said in a statement. She did not provide Crain’s with a copy of the new purchase agreement, and Trinity Health did not respond to requests for comment.

The city confirmed it “helped negotiate terms with Insight Chicago,” such as requirements that Insight invest $50 million in hospital services over the next two years; that it include community members on its board within 90 days of closing; and that it provide quarterly public reports on its operations. But it didn’t answer questions about the City Council’s future oversight role, the redevelopment agreement or the future of the 26th and King TIF district surrounding Mercy Hospital.

The situation is unique, as local hospitals are regulated by state and federal agencies. A state health board approved Insight’s application to purchase the hospital in March.

The city doesn’t regulate hospitals, “but they certainly have a lot of political will here,” says Larry Singer, associate professor emeritus of law and the former director of the Beazley Institute for Health Law & Policy at Loyola University Chicago. “The new owners want to get along with the mayor, as does Trinity,” which operates three-hospital Loyola Medicine. “There’s political leverage there and the city used it.”

The move comes amid outrage from elected officials and residents. Some expressed concern that Insight would cut services or close the hospital in the near future, even as Trinity looked for a way out of the trusted community resource during a public health crisis that has disproportionately affected Black and Brown Chicagoans.

Mercy is among safety net hospitals serving a large number of low-income patients on Medicaid, which pays far less than Medicare and commercial insurance. Such hospitals are under immense pressure to manage mounting operating costs and curb overall medical spending.

“Throughout this long ordeal, we were focused on preventing Mercy from closing and thus becoming another sad example of a community losing access to vital health care services,” Chicago Planning Commissioner Maurice Cox said in a statement today . “More needs to be done to stabilize our safety net hospitals, and the city is committed to coming to the table with other essential stakeholders, including from the state and the General Assembly, to get something done.”

Trinity Health has said Mercy’s aging facility would require at least $100 million in capital investments in the next five years. Without the TIF agreement, Insight will have fewer dollars to improve infrastructure around the hospital.

The 26th and King TIF district surrounding Mercy was set up in 2006 to “foster the revitalization of two blocks of underutilized land” around the campus. The TIF was intended to generate $60 million in public dollars to “help finance improvements to streets and sewer systems, sidewalks and alleys, and other public spaces used by hospital patrons and workers,” according to the city. As of the end of 2019, the TIF had $3.2 million in total assets.

Among the covenants in its original redevelopment agreement, Trinity pledged to “operate a full-service, acute-care hospital on the property” through 2029.

Members of the Chicago Health Equity Coalition, an advocacy group focused on ensuring that Mercy remains a full-service hospital for the community, were concerned that the “massive amount of land” the hospital currently sits on could be put up for sale at Insight’s benefit.

Insight has said it intends to operate Mercy for years to come and build “a long-lasting relationship with the city of Chicago and its residents,” Ruiz said in the statement.

A source close to the deal said Insight closed on the hospital late on May 31, in time to take possession as planned by June 1.

The number of international homebuyers declined sharply throughout the United States in the past year amidst the global COVID-19 pandemic, according … END_OF_DOCUMENT_TOKEN_TO_BE_REPLACED

Tom Rodeno, 50, a 20-year veteran in representing industrial spaces for Colliers International, based out of the Rosemont office with the title of … END_OF_DOCUMENT_TOKEN_TO_BE_REPLACED

A community in western Illinois has officially disbanded its police department over budget concerns. East Galesburg has been without its police … END_OF_DOCUMENT_TOKEN_TO_BE_REPLACED

The officer who died was the first Chicago cop shot and killed in the line of duty this year, Brown said. It's the first line-of-duty shooting … END_OF_DOCUMENT_TOKEN_TO_BE_REPLACED