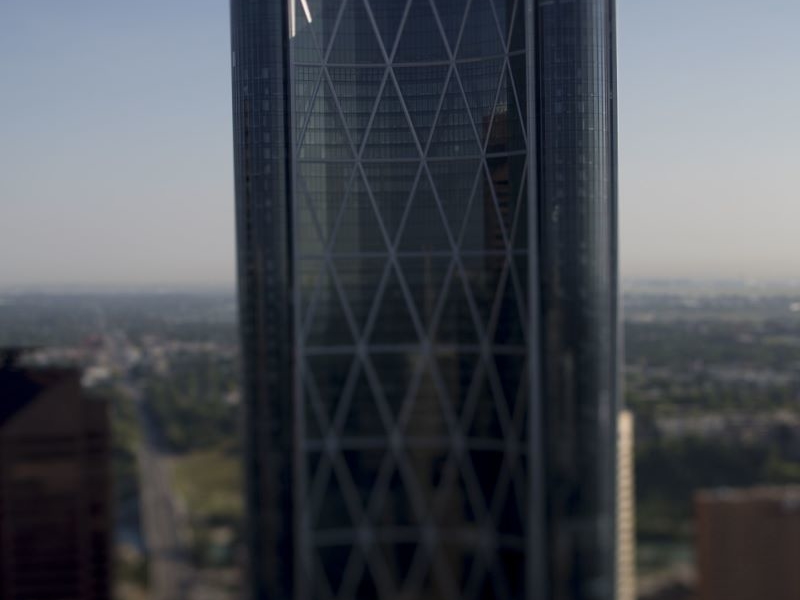 One of Western Canada’s tallest buildings, designs for the crescent-shaped Bow were unveiled in 2006 as Calgary was enjoying an economic renaissance from the development of Alberta’s oil sands deposits. By the time the tower officially opened in 2013, that boom was nearly over—crude prices crashed in 2014.

The investment has been a difficult one for H&R, which is one of Canada’s worst-performing REITs over the past decade. The vacancy rate in downtown Calgary office buildings rose to a record 32.7% at the end of June, more than double the national average and more than three times the rate for downtown Toronto, according to data from commercial brokerage CBRE.

H&R will retain a 15% stake in the lease of the Bow’s major tenant, energy company Ovintiv Inc., as well as management contracts for both office complexes. H&R rose 1.4% to C$17.06 in Toronto.

Ovintiv, which was once Canada’s largest energy company and went by the name Encana, endured a protracted restructuring that eventually saw it adopt its current name and move its headquarters to Denver.

The adoption of remote work policies has been a blow to office landlords everywhere as corporate tenants question how much space they’ll need for employees in the long run.

“Today’s announcement is evidence of our commitment to our strategic repositioning and is a critical step forward on our path to achieving a more simplified structure,” said Thomas Hofstedter, H&R’s chief executive officer, in the release. Net proceeds will be C$800 million, to be used for debt repayment and “strategic initiatives,” the company said.

The sale will see H&R REIT’s exposure to Calgary’s office market fall to 3% from 9% of assets on a fair value basis, and its tenant exposure to Ovintiv from 12% to 2%, according to the release.

The number of international homebuyers declined sharply throughout the United States in the past year amidst the global COVID-19 pandemic, according … END_OF_DOCUMENT_TOKEN_TO_BE_REPLACED

Tom Rodeno, 50, a 20-year veteran in representing industrial spaces for Colliers International, based out of the Rosemont office with the title of … END_OF_DOCUMENT_TOKEN_TO_BE_REPLACED

Chicago’s city officials move the deadline for submitting a proposal for the planned casino to October 29, looking for more bidders. Chicago … END_OF_DOCUMENT_TOKEN_TO_BE_REPLACED

A community in western Illinois has officially disbanded its police department over budget concerns. East Galesburg has been without its police … END_OF_DOCUMENT_TOKEN_TO_BE_REPLACED

The officer who died was the first Chicago cop shot and killed in the line of duty this year, Brown said. It's the first line-of-duty shooting … END_OF_DOCUMENT_TOKEN_TO_BE_REPLACED