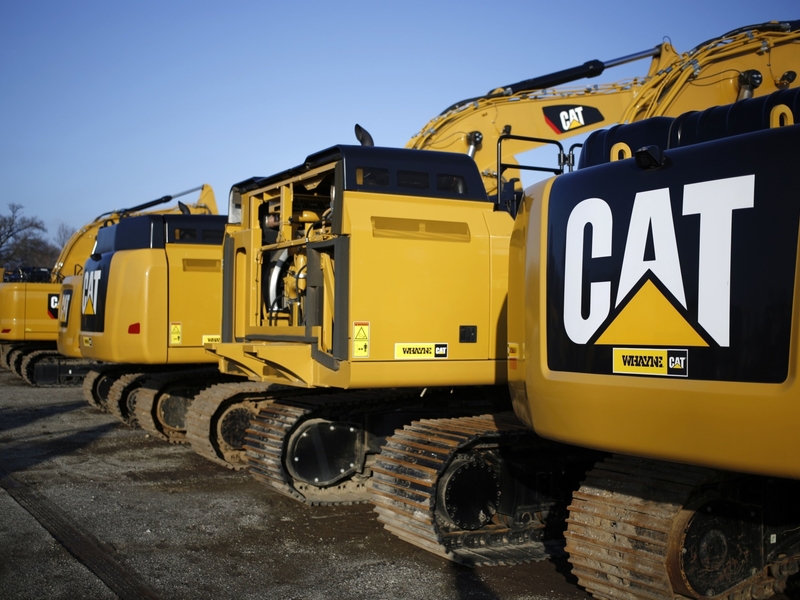 Wyden, chairman of the Senate Finance Committee, and Whitehouse also asked whether the Trump White House communicated with anyone at the Justice Department or IRS about Renaissance, a hedge fund whose former co-chief executive officer, Robert Mercer, was an influential backer of Trump. A bipartisan Senate panel in 2014 estimated that investors in Renaissance’s flagship Medallion fund underpaid their taxes by about $6.8 billion over more than a decade by masking short-term gains as long-term returns.

“A series of high-profile federal tax disputes involving powerful and well-connected corporations have raised important questions regarding the enforcement of conflict of interest statutes and policies to prevent political meddling in criminal investigations,” the senators wrote to Attorney General Merrick Garland and IRS Commissioner Charles Rettig.

Caterpillar and Renaissance didn’t immediately respond to requests for comment. A Justice Department spokesman had no immediate comment. An IRS spokeswoman said: “The IRS is aware of the request. The IRS generally does not comment publicly due to federal privacy laws but does respond to congressional inquiries as appropriate.”

The queries came a day after Wyden sent letters to Credit Suisse Group AG and Garland asking about a stalled criminal investigation that arose from a seven-year-old tax evasion scandal. President Joe Biden’s tax plan will propose $80 billion to boost the IRS’s audit capabilities over the next decade for wealthy individuals and corporations.

Read more: How one hometown investment firm got burned in two global meltdowns

The IRS has since said that Deerfield-based Caterpillar owes back taxes and penalties of $2.3 billion. Caterpillar, in its filing, said it is “vigorously contesting” the proposed tax payments. The company filing also said there is still an ongoing grand jury investigation.

Shortly after the raid, Caterpillar hired Barr, then at Kirkland & Ellis LLP, to “take a fresh look at Caterpillar’s disputes with the government,” CEO James Umpleby said at the time.

Renaissance has been wrangling with the IRS over its tax issue for more than a decade, and in 2017 took its case to an internal agency appeals unit. In December 2018, the firm wrote in a letter to investors that it was in talks to resolve the dispute with the IRS, which could require them to make “substantial” additional payments.

The senators are seeking answers to their questions by May 18.

The number of international homebuyers declined sharply throughout the United States in the past year amidst the global COVID-19 pandemic, according … END_OF_DOCUMENT_TOKEN_TO_BE_REPLACED

Tom Rodeno, 50, a 20-year veteran in representing industrial spaces for Colliers International, based out of the Rosemont office with the title of … END_OF_DOCUMENT_TOKEN_TO_BE_REPLACED

A community in western Illinois has officially disbanded its police department over budget concerns. East Galesburg has been without its police … END_OF_DOCUMENT_TOKEN_TO_BE_REPLACED

The officer who died was the first Chicago cop shot and killed in the line of duty this year, Brown said. It's the first line-of-duty shooting … END_OF_DOCUMENT_TOKEN_TO_BE_REPLACED