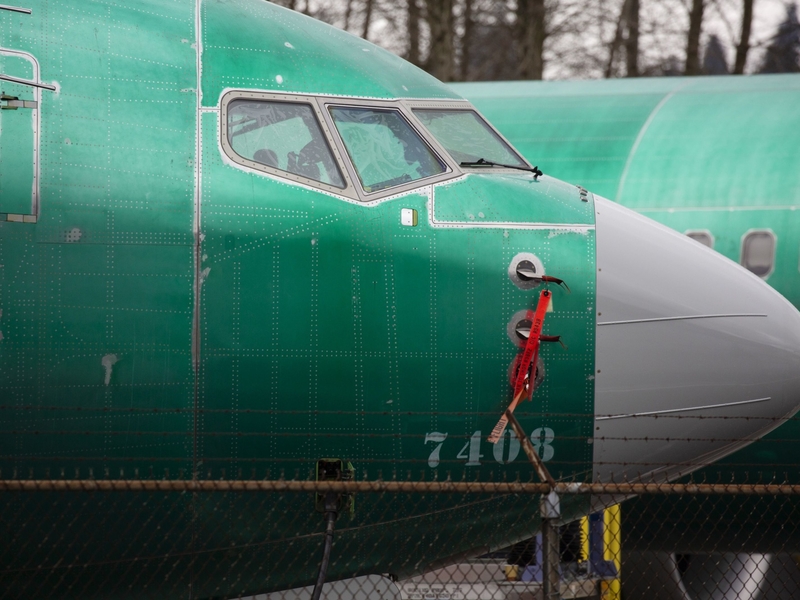 “These initiatives are part of our commitment to continually evaluating and improving our oversight of all aspects of aviation safety, recognizing that catching errors at the earliest possible point enhances what is already the world’s safest form of transportation,” the agency said.

The FAA review is the latest to focus on Boeing and comes months after the agency lifted a 20-month grounding of the Max, the company’s biggest selling jetliner, following two fatal accidents linked to a flight-control design flaw.

More than 100 737 Max jets around the world, including 71 in the U.S., have been voluntarily grounded while Boeing determines how to fix an issue with electrical components that weren’t properly grounded and could create a safety hazard if they fail.

Boeing is working closely with FAA and its customers to address the electrical flaw, it said in an emailed statement. “We look forward to ongoing engagement with, and direction from, the FAA as we continuously improve safety and quality in our processes,” the company said.

The flaws in the electrical components raise new questions about Boeing’s ability to monitor safety issues within the company. The lack of a robust internal safety review and oversight system was cited repeatedly by multiple reviews of the 737 Max crashes.

Until recent months, Boeing didn’t have what is known as a Safety Management System, which requires an organization to conduct more robust risk analyses of design features, open channels for employees to raise concerns and involve senior management.

The FAA had planned on requiring such programs at manufacturers such as Boeing, but efforts to create new regulations were halted under the previous administration. Following the accidents, the agency revived its effort and hopes to finalize the requirement by 2024.

The changes to how certain electrical components were installed on the 737 Max occurred in 2019. At the time, Boeing concluded it was such a minor change that it didn’t require FAA approval, the agency said in a statement. Similarly, Boeing employees who are deputized to act on behalf of the federal regulator also didn’t approve of the changes.

Those assumptions clearly missed what FAA has called an “unsafe condition.” In a directive the FAA posted to a federal website Wednesday, the agency said a failure could cause the loss of critical systems on the plane or would create multiple, simultaneous issues pilots would have to contend with.

The FAA audit of Boeing is focusing on such minor design changes “across its product line, with the goal of identifying areas where the company can improve its processes,” the agency said.

The electrical problem was deemed serious enough that the agency said it was waiving the normal period for public comment and would require the repairs as soon as Boeing completes a bulletin detailing them.

Issues with the 737 Max continue to mount. The European Aviation Safety Agency on Wednesday issued a directive saying CFM International Inc. LEAP-1B engines on planes that were grounded for an extended period may have corrosion that could affect the throttle controls and need to be inspected.

The audit was earlier reported in the Wall Street Journal.

The number of international homebuyers declined sharply throughout the United States in the past year amidst the global COVID-19 pandemic, according … END_OF_DOCUMENT_TOKEN_TO_BE_REPLACED

Tom Rodeno, 50, a 20-year veteran in representing industrial spaces for Colliers International, based out of the Rosemont office with the title of … END_OF_DOCUMENT_TOKEN_TO_BE_REPLACED

Chicago’s city officials move the deadline for submitting a proposal for the planned casino to October 29, looking for more bidders. Chicago … END_OF_DOCUMENT_TOKEN_TO_BE_REPLACED

A community in western Illinois has officially disbanded its police department over budget concerns. East Galesburg has been without its police … END_OF_DOCUMENT_TOKEN_TO_BE_REPLACED

The officer who died was the first Chicago cop shot and killed in the line of duty this year, Brown said. It's the first line-of-duty shooting … END_OF_DOCUMENT_TOKEN_TO_BE_REPLACED