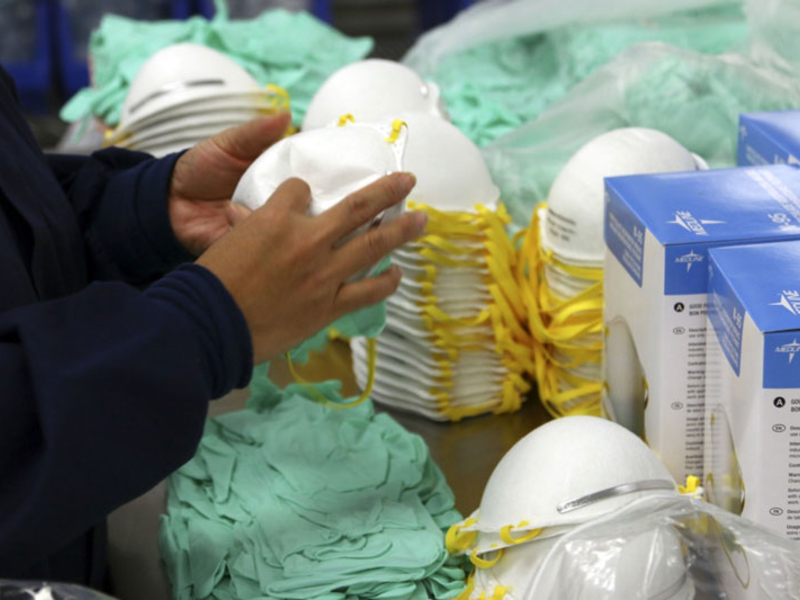 The team beat out Canadian investment giant Brookfield Asset Management Inc. which was bidding on its own, the people said.

Based in Northfield, Medline is the biggest private U.S. manufacturer and distributor of medical supplies like medical gloves, face masks, gowns and exam tables to hospitals and doctor’s offices.

Medline ranks No. 5 on Crain’s latest list of the largest privately held companies in the Chicago area, with 2020 revenue of $17.5 billion. It employs 4,800 workers locally; worldwide employee headcount totals 27,000.

Officials from Medline and Blackstone didn’t immediately respond to requests for comment on the report, while Carlyle and H&F declined to comment. The Wall Street Journal reported the advanced talks earlier.

The company is run by the billionaire Mills family: Chief Executive Officer Charlie Mills, his cousin Andy Mills, who is president, and Chief Operating Officer Jim Abrams, who is Charlie’s brother-in-law.

Charlie and Andy took the reins in 1997 from their respective fathers, Jim and Jon Mills. Those brothers founded the company in 1966, taking inspiration from their grandfather who helped sew gowns for surgeons at a hospital in Chicago before World War I.

The family will retain a portion of the company, one of the sources said.

At least eight buyout firms had last month been preparing offers for the company, some lured by the prospect of getting the first shot at slashing costs and maximizing profits at a massive company in Medline that’s never been touched by another buyout firm.

By June 1, the bidding group had been narrowed down to three parties: the Blackstone consortium, Brookfield bidding on its own and a separate consortium that included Bain Capital, Advent International and CVC Capital Partners.

Bain’s consortium decided not to submit final bids after the final deadline was abruptly accelerated by several weeks, some of the people said.

Blackstone and H&F have teamed up to buy large assets in the past, including a bid to take Germany’s Scout24 private.

The number of international homebuyers declined sharply throughout the United States in the past year amidst the global COVID-19 pandemic, according … END_OF_DOCUMENT_TOKEN_TO_BE_REPLACED

Tom Rodeno, 50, a 20-year veteran in representing industrial spaces for Colliers International, based out of the Rosemont office with the title of … END_OF_DOCUMENT_TOKEN_TO_BE_REPLACED

A community in western Illinois has officially disbanded its police department over budget concerns. East Galesburg has been without its police … END_OF_DOCUMENT_TOKEN_TO_BE_REPLACED

The officer who died was the first Chicago cop shot and killed in the line of duty this year, Brown said. It's the first line-of-duty shooting … END_OF_DOCUMENT_TOKEN_TO_BE_REPLACED