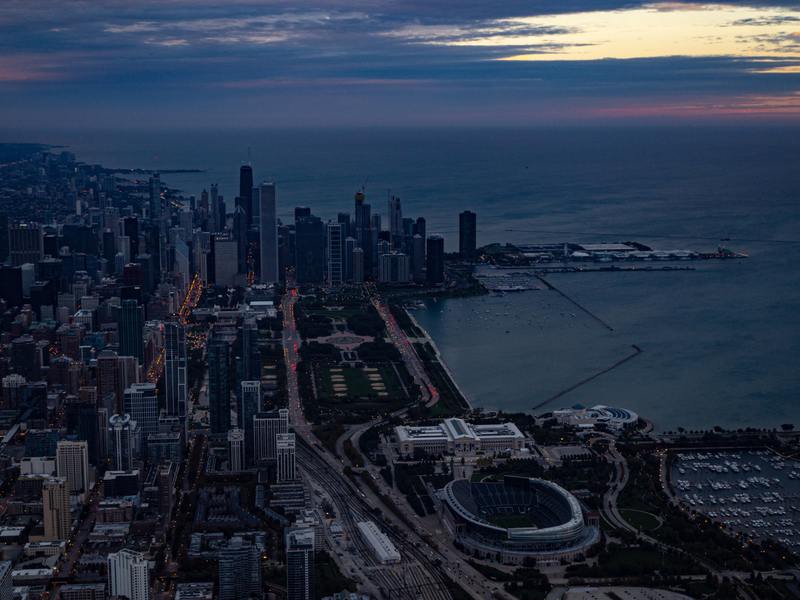 Let me begin with casinos.

After a series of false starts, Lightfoot finally is on her way to grabbing a prize that her predecessors had only dreamed of. Unless the city gets too greedy and kills it off, the gambling palace will produce hundreds of millions of dollars to shore up cash-short city fire and police pension funds, with other tax income flowing from adjacent entertainment, hospitality and hotel space that the city would like in the package.

Team Lightfoot has carefully reached out to big Las Vegas players, but suffered a loss a few days ago when MGM pulled out of the city’s Request for Proposal competition, citing high tax rates. Unless someone else pops in, that leaves in the race the Wynn casino operation, Hard Rock and hometown Rush Street Gaming, Chicago billionaire Neil Bluhm’s firm. Some industry buzz has another firm kicking tires here, Malaysian-based Genting Group, but there’s also chatter that Hard Rock is focused elsewhere.

Anyhow, despite denials across the board, some insiders believe Rush Street is the favorite, for two reasons. One, Bluhm’s daughter, Leslie Bluhm, went to law school with Lightfoot and the family raised more than $200,000 for her mayoral campaign. After all, this is Chicago. Two, Rush Street has hooked up in its bid with Related Midwest, developer of The 78 property on vacant land just southwest of the Loop.

Related surely could use a big project for its very promising but somewhat stalled project which arrived at just the wrong time: mid-pandemic. It’s located in the right spot, too, with plenty of space near downtown hotels and good highway access. However, that doesn’t mean it couldn’t be better with a nice entertainment district right next to the casino in the form of a domed NFL football stadium with which it could share parking expenses and perhaps other overhead. I have no reason to believe Related is so pondering, but that doesn’t mean Team Lightfoot couldn’t. Name it Pritzker Stadium, too, to ensure wider buy-in.

Another two-birds-with-one-stone possibility is at Soldier Field itself, located just across the tracks to the east of developer Bob Dunn’s proposed One Central complex.

As in the case of Related, there is no sign Dunn is interested in building a dome. But what about doming (and somewhat) expanding Soldier Field, adding a retractable roof? That was considered in the 1980s when the Bears agreed to their current Soldier Field lease, and rejected because of cost considerations. But construction techniques have changed a lot since then.

Ponder this: Dunn made his name in the development business by becoming involved in constructing or rebuilding football stadia, including MetLife Stadium across the river from Manhattan, Lambeau Field in Green Bay, and U.S. Bank Stadium in Minneapolis. His proposed One Central complex of huge parking lots and hundreds of thousands of square feet  of restaurant and retail space likely could squeeze in some Bears fans a few times a year. Further ponder this: A mayor who’s in at least some re-election trouble—and a Bears fan herself—likely could find a way to get some political credit if she built both a casino and a real home for the Bears, one that could host a Super Bowl or a Final Four tournament.

The number of international homebuyers declined sharply throughout the United States in the past year amidst the global COVID-19 pandemic, according … END_OF_DOCUMENT_TOKEN_TO_BE_REPLACED

Tom Rodeno, 50, a 20-year veteran in representing industrial spaces for Colliers International, based out of the Rosemont office with the title of … END_OF_DOCUMENT_TOKEN_TO_BE_REPLACED

Chicago’s city officials move the deadline for submitting a proposal for the planned casino to October 29, looking for more bidders. Chicago … END_OF_DOCUMENT_TOKEN_TO_BE_REPLACED

A community in western Illinois has officially disbanded its police department over budget concerns. East Galesburg has been without its police … END_OF_DOCUMENT_TOKEN_TO_BE_REPLACED

The officer who died was the first Chicago cop shot and killed in the line of duty this year, Brown said. It's the first line-of-duty shooting … END_OF_DOCUMENT_TOKEN_TO_BE_REPLACED