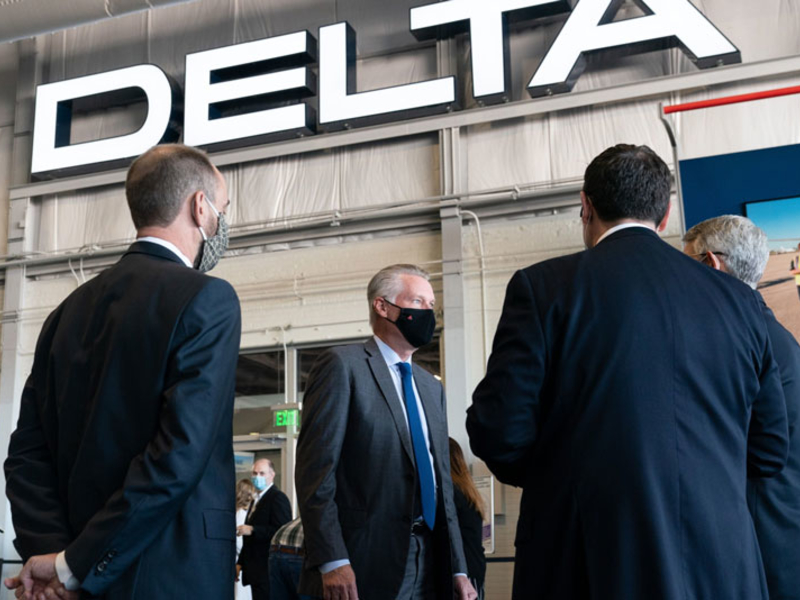 What started out last year as a public plea for government aid has morphed into a regular part of the job.

CEOs are using their higher profile in the public arena to coax travelers back and call for less stringent global travel restrictions. Those efforts are apt to continue until the industry makes a fuller recovery — a process that could take until next year at the earliest and may stretch into 2024, according to industry lobbying group Airlines for America.

“Until the industry is really back, there is going to be this thirst for the most real-time information we can get” directly from CEOs, said Ben Baldanza, a JetBlue Airways Corp. board member and former chief executive officer of Spirit Airlines Inc.

The tone of CEO communications is getting brighter, at least. Gone are the days when airline bosses used grim employee memos and securities filings to outline survival measures such as parking planes and cutting routes. Now, leisure passengers are crowding onto flights — so much so, in fact, that American Airlines Group Inc. recently canceled hundreds of July flights because of crew shortages.

Uncertainty over the return of corporate business trips and international flying means the financial recovery “will remain fragile and vulnerable to shocks,” said Airlines for America, which represents big carriers.

Travel restrictions still crimp many lucrative overseas routes. And the airlines will be repaying liabilities for years after tapping debt markets to complement $54 billion in payroll assistance from U.S. taxpayers.

The upshot is that CEOs are far from ready to retreat from the airwaves to back behind their desks. At Delta, Bastian has led the charge with 60 media interviews in 2020 and 70 so far this year, compared with about 20 in 2019. CNBC’s Jim Cramer recently quipped that Bastian would “walk a mile for a camera. But I love Ed.”

One motivation has been that the fast-changing obstacles confronting the industry mean that executives constantly have something new to discuss, whether it’s aircraft-cleaning initiatives or pleas for better behavior on planes that are suddenly jam packed. They’re also under pressure to show they’ve made good use of the bailout funds.

“The content itself was evolving so quickly and so dramatically it wasn’t as if we were saying the same thing three hours into this, or three weeks or three months,” said Tim Mapes, Delta’s chief marketing and communications officer.

At Southwest, Kelly has recorded more than 70 internal videos since the start of the pandemic, starting with two a week, in which he answered questions from employees. Some were shared publicly on the airline’s website. Others were posted to social media such as Twitter and LinkedIn — venues favored by other executives as well.

Kelly has announced plans to step down next year and it remains to be seen if his chosen successor, company insider Bob Jordan, will dial up or pare back his media exposure.

“It’s both effective and prudent for an airline to give these multiple layers of reassurance to the consumers, the investors, the suppliers, the partners,” said Geoffrey Weston, head of consultant Bain & Co.’s global airlines, logistics and transportation team.

At American, CEO Doug Parker has been the exception with a somewhat quieter approach — at least outwardly. Behind the scenes, he said, he’s never been more engaged in communicating. But he argues that the public is better served when experts address topics involving science or medical issues.

“We’re doing it in the channels that make sense for American and feel really good about our message getting to the right people at the right time,” he said in an interview.

Many airline CEOs joined leaders from other industries in commenting on broader issues such as race relations, the murder of George Floyd by a Minneapolis police officer, and the violence at the U.S. Capitol on Jan. 6. But their main focus has been on extracting themselves from the travel collapse — and planning for a post-pandemic future.

At Delta, Bastian is hosting a series of video discussions on such matters as mental health and a philosophy called servant leadership — and also appearing in pre-flight announcements touting the airline’s on-board Covid-19 mitigation efforts.

United’s Kirby has been championing carbon-neutral aircraft and seeking to map out a long-term comeback.

“Every virtual and in-person event has been purposeful to make sure our customers and employees know that United’s future is strong,” he said.

The number of international homebuyers declined sharply throughout the United States in the past year amidst the global COVID-19 pandemic, according … END_OF_DOCUMENT_TOKEN_TO_BE_REPLACED

Tom Rodeno, 50, a 20-year veteran in representing industrial spaces for Colliers International, based out of the Rosemont office with the title of … END_OF_DOCUMENT_TOKEN_TO_BE_REPLACED

Chicago’s city officials move the deadline for submitting a proposal for the planned casino to October 29, looking for more bidders. Chicago … END_OF_DOCUMENT_TOKEN_TO_BE_REPLACED

A community in western Illinois has officially disbanded its police department over budget concerns. East Galesburg has been without its police … END_OF_DOCUMENT_TOKEN_TO_BE_REPLACED

The officer who died was the first Chicago cop shot and killed in the line of duty this year, Brown said. It's the first line-of-duty shooting … END_OF_DOCUMENT_TOKEN_TO_BE_REPLACED