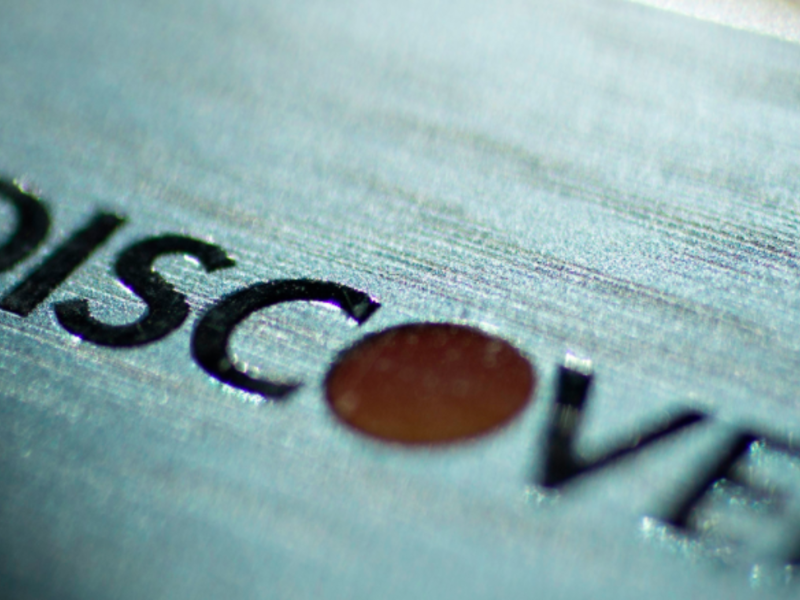 “There’s a link because, as you widen your credit criteria, the payoff on your marketing dollars gets better,” Hochschild said. The company might now approve four out of every 10 applicants, for example, rather than three, he said. “That adds to the return on the marketing investment.”

Discover shares climbed 1.2% to $99.54 at 1:15 p.m. in New York — making it the day’s second-best performer in the 65-company S&P 500 Financials Index — after the firm released $879 million in reserves, boosting profits for the first three months of the year. Within its card portfolio, the percentage of loans that were 30 days past due dropped 77 basis points to 1.85%.

With the pandemic shuttering businesses nationwide and sending unemployment soaring, banks pulled back last year on marketing cards to new customers. Now, after the U.S. government pumped trillions of dollars of stimulus into the economy, many lenders are looking to expand their portfolios again.

In the early days of Covid-19, Discover saw joblessness soar among entry-level employees in the retail, restaurant and hospitality industries. While the company doesn’t have many of those workers as card customers, it feared that could eventually translate to job losses among higher-income people too.

“With the pace of the economic recovery, with the economy reopening, with the amount of government stimulus, the recovery will come fast enough that you won’t see that second-order effect on white-collar positions,” Hochschild said. “That’s what’s giving us the confidence.”

Earlier this year, Discover said it will seek to hire almost 1,000 employees for a new office on Chicago’s South Side to promote greater diversity among its workforce. The firm received 1,300 applicants for 21 management positions in the new office, Hochschild said. The lender has vowed to hire local talent for the office in the Chatham neighborhood, where 95% of the population is Black.

“I’m not a fan of the traditional site-selection process that I think tends to perpetuate systemic racism, so we said, ‘You know what? We as a company are going to go the other way,’” Hochschild said. “I do think there’s such a big difference between jobs in a community and writing a check.”

The number of international homebuyers declined sharply throughout the United States in the past year amidst the global COVID-19 pandemic, according … END_OF_DOCUMENT_TOKEN_TO_BE_REPLACED

Tom Rodeno, 50, a 20-year veteran in representing industrial spaces for Colliers International, based out of the Rosemont office with the title of … END_OF_DOCUMENT_TOKEN_TO_BE_REPLACED

Chicago’s city officials move the deadline for submitting a proposal for the planned casino to October 29, looking for more bidders. Chicago … END_OF_DOCUMENT_TOKEN_TO_BE_REPLACED

A community in western Illinois has officially disbanded its police department over budget concerns. East Galesburg has been without its police … END_OF_DOCUMENT_TOKEN_TO_BE_REPLACED

The officer who died was the first Chicago cop shot and killed in the line of duty this year, Brown said. It's the first line-of-duty shooting … END_OF_DOCUMENT_TOKEN_TO_BE_REPLACED